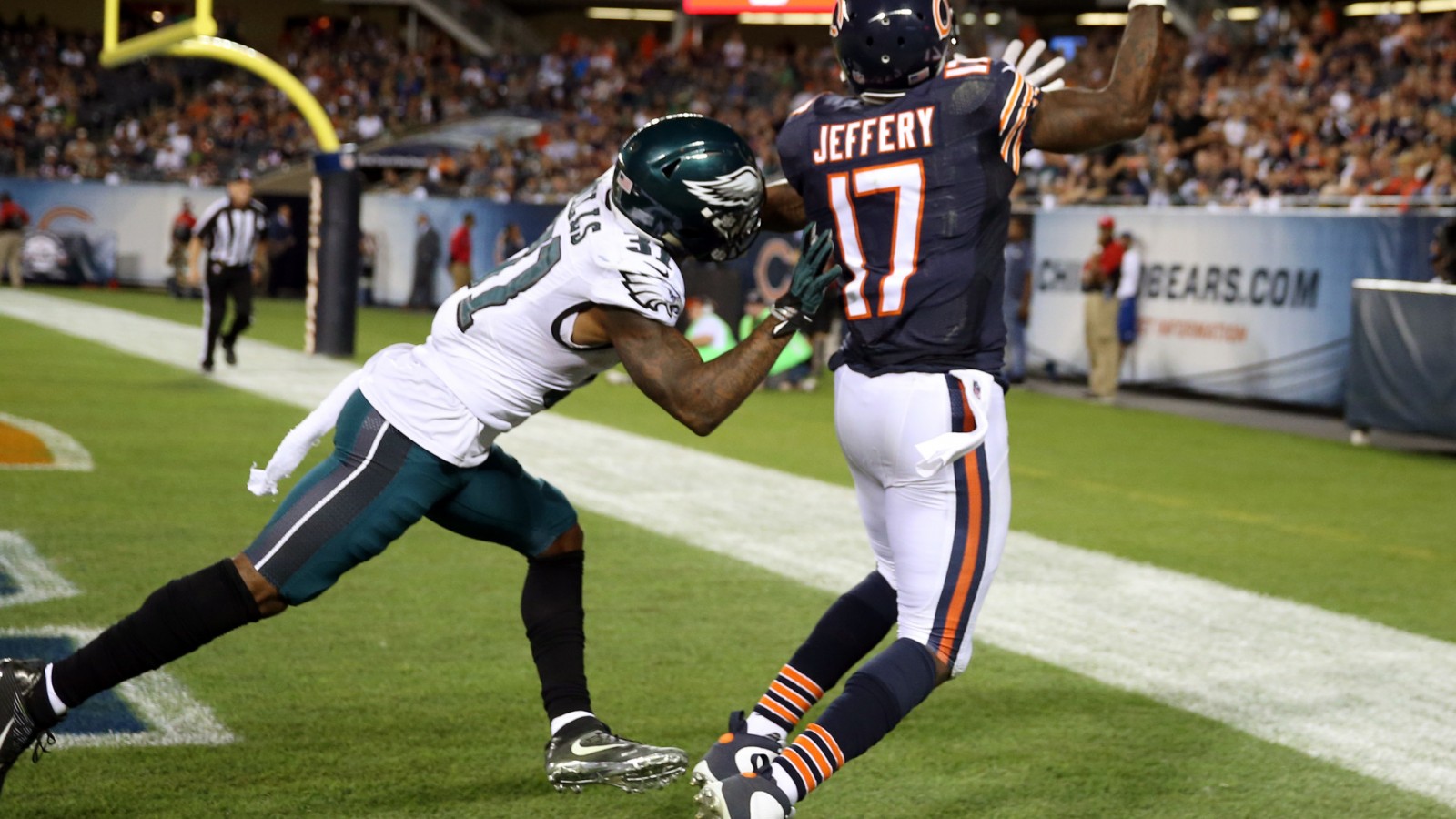 NFL Free-Agency is the start to the next fantasy football season, and it is time to make notes and start thinking about rankings.  There were enough transactions over the past three months in the NFL to keep a fantasy player busy until our fantasy seasons begin.  So let me break down some of what I thought were the more important transactions that’ll have huge impact in the fantasy world. Let's cover the NFC first though since I’m a 46 year suffering Lions fan.  There’s a lot to talk about with all the big names filling out USPS Movers Guides, so let’s get to it.

The Eagles are the first team that comes to mind in the NFC, with the adding of Alshon Jeffery, LeGarrette Blount, and Torrey Smith. They gave Carson Wentz some nice new toys to choose from when the Eagles offense takes the field this fall. Wentz who finished middle of the road in his rookie season, wasn’t great, but didn’t suck either while taking his rookie lumps.  He threw for 16 Tats against 14 picks, but the addition of Blount is a huge improvement in the backfield compared to the three headed kitten from last season in Ryan Matthews, Darren Sproles, and Wendell Smallwood. A beast around the goal line, Blount has a real chance of getting 10+ touchdowns for a team who had a ton of carries near the goal line and struggled to stuff it in.  I’m guessing that Sproles will maintain his role as the 3rd down pass catching change of pace back, while Blount does the heavy lifting, after 18 touchdowns last year, this is his real estate now.  Adding Jeffery into the mix with Jordan Matthews (73 receptions) and maybe (hopefully) a healthy 16 game season Zach Ertz (78 receptions) makes this offense one to watch this season. If Jeffery can stay healthy he could have career highs across the board as defenses won't be able to just focus on him. If he stays healthy that is. All that on top of their new and hopefully improved offensive line additions of center Stefan Wisniewski (name drop), and guard Chance Warmack will allow Wentz time to survey the field and make the right throws.  After finishing 16th in points and 22nd in yards per game, the offensive up grades were needed in the City of Brotherly Love, but NFL didn’t do them any favors with the 30th ranking in strength of schedule. While the New Orleans Saints lost 117 target and 78 receptions in the Brandin Cooks trade, that added future Hall of Famer, Adrian Peterson. I cannot express the prayers I’m throwing AP’s way for a healthy season on a team that chucks that rock so much. Will we see him face a minimal defensive front, or if teams try to stop Peterson and then have Brees shred the opposing secondary apart. He will have to share time with the younger Mark Ingram, so it will be interesting to see how it pans out. With Michael Thomas stepping up full-time now as the go-to defacto numero uno receiver, and increases for Willie Snead, the opportunities will be less for free agent Ted Ginn. However, Ginn has long been a low reception guy who gets his fantasy value from solid touchdown numbers. As always, Saints QB Drew Brees will be a top three quarterback in most fantasy drafts, and his secondary receivers will get taken before many teams’ first options. So while Ginn might not be the number one guy, he still can have fantasy value in New Orleans.Oh, by the way, the Saints have the number one ranking in Strength of Schedule this upcoming season too, something to ponder all summer.

Going to the NFC North, the Minnesota Vikings also addressed a few needs. While choosing to not bring Adrian Peterson back into the fold, the Vikes added former Raiders RB Latavius Murray as their bellcow back. He was inconsistent for the Raiders, and ultimately didn't impress enough for Oakland to keep him around. However, he should be able to break the 1,000 barrier and Murray is a good bet to go between rounds four and six in most drafts, but may fall lower in PPR formats. Along with Murray, the off field troubled former Notre Dame stand-out Michael Floyd was signed as well. Floyd is one of the highest risk/highest reward situation I see.  His off field chronicles have been well documented, so no need to keep dragging him through the mud, just give it 100% on the gridiron and make Sam Bradford look good.  I still see Floyd being drafted in most drafts based on what he did in Arizona. It isn't a great passing offense that Floyd landed in, but not everyone was lining up to sign him either. Minnesota has the second best Strength of Schedule for this upcoming NFL season, which bodes well for a very good defense and blossoming offense. With no wheels to go far in free agency, Brandon Marshall heads to the Giants where he can have a solid fantasy impact

A handful more of transactions really stand out to me, the Jets didn’t resign Brandon Marshall, so he just changed locker rooms in New York, now as a Giant.  Is that because he opened his big mouth and lost his car in the bet he made with Antonio Brown? That's as far as Marshall could get walking?  He should bounce back nicely playing with Captain Lethargic Eli Manning though. He won't have to be the number one guy for the Giants, and that actually could be good for him. While it will also keep him healthy, he should also be open a lot with the other team's best defender covering Odell Beckham Jr. I really like Marshall this year in PPR formats.

Martellus Bennett got his career back on track last season in New England and now heads to another good offense in Green Bay. The Pack made Jared Cook a fantasy force in the second half of the year, and Bennett is a much better player. Bennett heading to Green Bay gives QB Aaron Rodgers one more dagger to stab defenses with, and does that make Bennett one of the first five tight ends off the draft boards this fall. Speaking of Green Bay, they opted to not bring back buffet killer Eddie Lacy. The Fisherman’s Wharf in Seattle had better stock up on lobster, crab and salmon with Tons Of Fun plying his trade in the Emerald City this fall.  With Thomas Rawls constantly dinged up and C.J. Prosise getting hurt his rookie season, Lacy has a chance to be a bulldozing force for Russell Wilson and crew, and take some pressure of Doug Baldwin and Jimmy Graham. It is a crowded situation with a team without a great offensive line, but hopefully Lacy can rebound after a few tough seasons.

Washington added Brian Quick and Terrelle Pryor to their wide receiver corps. While Quick likely won't have much fantasy value, Pryor should immediately turn into Washington's top receiver. Pryor was quite solid last year with absolutely terrible quarterback play, so look for a very good season with Kirk Cousins throwing him the ball.

Lastly Tampa Bay added former Redskin DeSean Jackson to the mix with that up and coming offense lead by Jameis Winston. Jackson brings a veteran receiver with deep threat ability to an offense that already has Mike Evans. Most of the touchdowns will still go Evans way, but Jackson could get 60 catches for 900 yards and six scores.

You can always find me @PolkaPat and be sure to read more of my thoughts at Mastersball.com