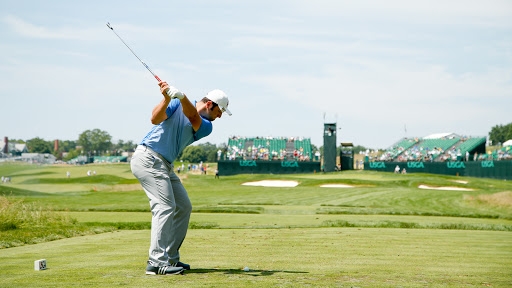 Morikawa missed his first career cut at the Rocket Mortgage Classic last week and rebounded in a BIG way at Muirfield. He’s the first player to earn his second victory on tour before his second missed cut since 1995. 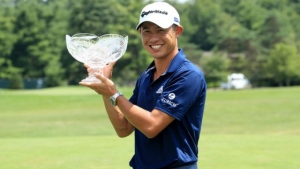 This week, we have a loaded field of players heading to Memorial. It’s truly a major-caliber field, with nearly all top-25 players in the world making an appearance. Oh, and if you haven’t heard - TIGER’S BACK BABY!

Before we dig into some picks, let’s take a quick look at how my picks from last week ended up.

For the third straight week, 8/13 of my picks made the cut and went on to play the weekend. My core plays held it down for me but my GPP plays completely sputtered out.

Overall, five of my picks finished in the top-ten and Morikawa won the whole damn thing as an honorable mention. Not bad by any stretch but we can do better!

I almost nailed my pick of J.T. winning to the exact stroke of 19-under, but he ended up losing to Morikawa on the third playoff hole. Let’s keep it rolling this week!

Time to dive deep on the Memorial Tournament. Let’s do this!

We’re headed back to Jack Nicklaus’ home course for the second straight event. Conditions at Muirfield are expected to be a bit more challenging this week, with faster greens and longer rough guarding the fairways. We have a condensed, 133-player field this week.

Muirfield Village is truly a second-shot golf course, with mostly friendly target lines off the tee, but tiny greens surrounded by trouble on nearly every hole. It was no surprise to see some of the top iron-players in the world make their way to the top of the leaderboard at the Workday Charity Open. Justin Thomas, Collin Morikawa, and Gary Woodland all finished in the top-five.

Here’s how I’m weighing my custom model on fantasynational.com this week:

Let’s get to my picks!

Rahm hasn’t quite put it all together since the restart, posting T-27, T-37, T-33, and T-80 finishes in his last four starts. With that said, he seemed to find something on the final round at the Workday Charity Open. 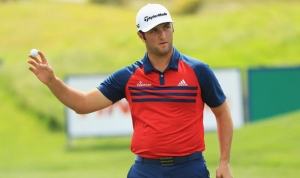 John Rahm is running hot after an eight-under 64 on Sunday at the Workday Charity Open.

He was lights-out with his approaches on Sunday, gaining four shots on the field in Shots Gained: Approach. He was sticking shots next to the pin all day long. He poured in eight birdies and an eagle on his way to an eight-under 64 - good enough for the low-round of the day.

I think that Rahm has promising momentum heading into the Memorial Tournament and will remind us all why he’s the second-ranked player in the world. He’s my pick to come out on top this week and I’ll be rostering him aggressively in DFS.

Cantlay looks to defend his Memorial Tournament title from last season and has shown excellent form in his two starts since the restart. He finished T-11 at the Travelers Championship and after making the cut on the line last week, he went nuclear on Sunday and climbed his way up to a T-7 finish.

Similar to Rahm, I like rostering players that are playing well and coming off an excellent final round from the previous week. Muirfield Village is a great course-fit for Cantlay and he looks to be another rock-solid play in DFS this week.

Cantlay ranks in the top-ten in Shots Gained: Approach and Shots Gained: Tee to Green. The 9th ranked player in the world should give himself plenty of scoring opportunities this week. I expect him to play well and show that his victory at Memorial last season was no fluke.

Abe is one of the hottest players on the planet, with T-14, 2nd, and T-11 finishes in his last three starts since the break. He is a rising star on the PGA Tour and always seems to perform well at these loaded-field events. 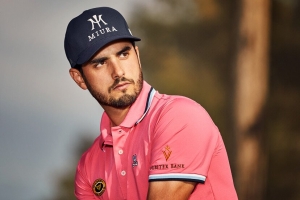 He’s popping in my model, ranking top-15 in the field in Shots Gained: Tee to Green, Shots Gained: Off the Tee and Shots Gained: Approach. He also ranks first overall in proximity on approaches from 150-175 yards.

I think Abe will continue his promising career at the Memorial this week. The course suits his game very well and I’m confident he’ll crack the top-20 when all is said and done.

Xander is one of the best and most consistent tee-to-green players in the entire world. He’s an incredible ball-striker and put together a respectable showing last week at the Workday Charity Open.

He has solid recent form and finished in the top-15 at the Memorial Tournament last season. I think he goes a bit under the radar this week in DFS but I expect him to play well. Roster Xander with confidence this week.

Gary put on an absolute putting clinic over the weekend. After almost missing the cut, he stormed back for a fifth-place finish at the Workday Charity Open. He keeps it rolling this week.

My number one player in the world also jumps out as the number one play according to my model. Bryson is on freaking fire and won the Memorial Tournament just two years ago. I see no signs of him slowing down.

D.J. took a couple of weeks off after claiming victory at the Travelers Championship. He looks to be in great form and poised for another terrific showing this week. D.J. should take advantage of the par 5's have plenty of scoring chances this week.

Berger is playing the best golf of his career - picking up a victory at the Charles Schwab Challenge and following it up with a T-3 finish at RBC Heritage. He has five consecutive top-ten finishes on the PGA Tour dating back to February.

Rahm is going to light it up this week, continuing his incredible final round at the Workday Charity Open. He picks up his first victory of the season and finishes with a strong score of 16-under.