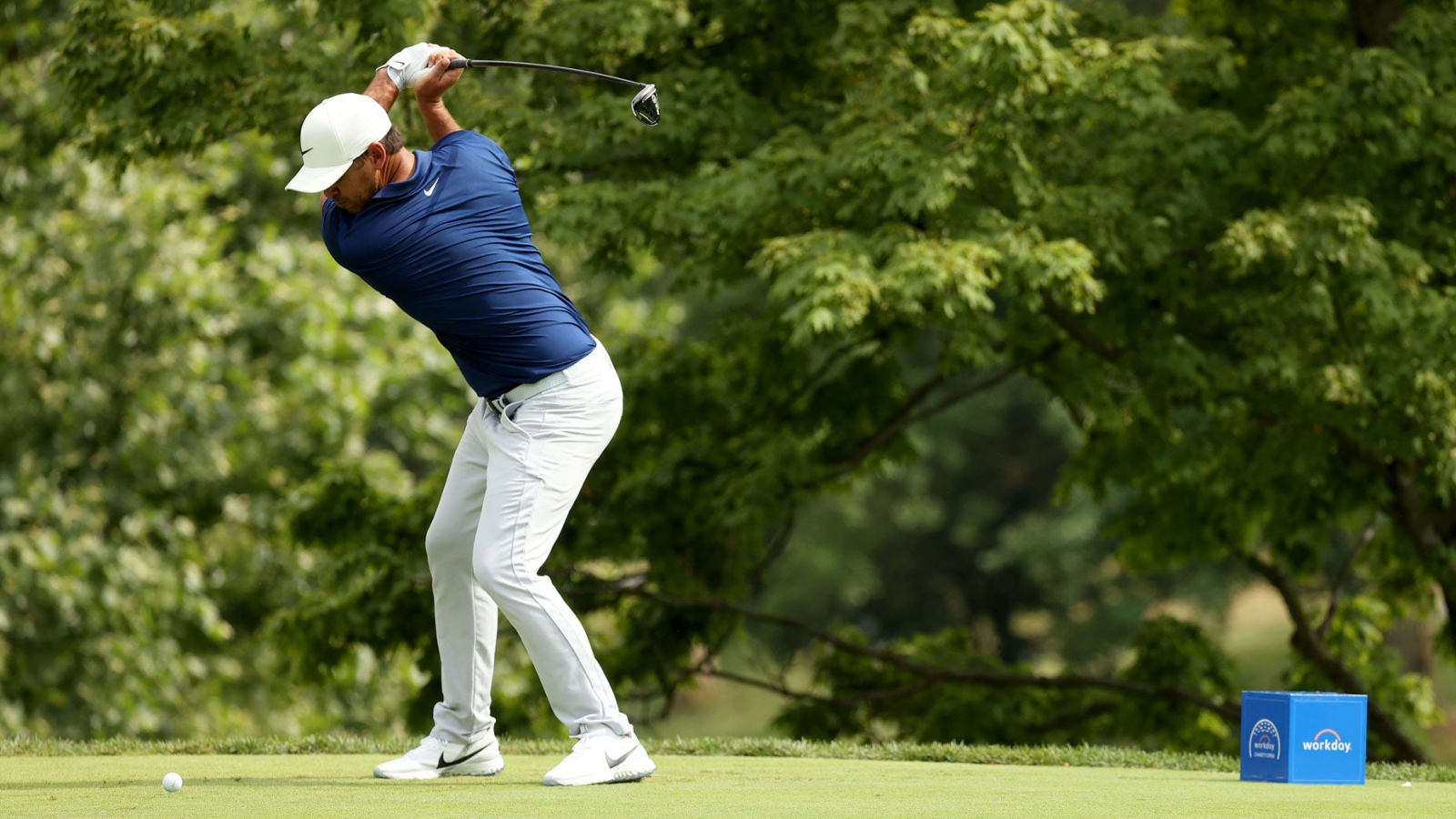 Justin Thomas played an exceptional week of golf and held off Brooks Koepka to win the WGC - FedEx St. Jude Classic in Memphis, Tennessee. He showed some ice in his veins down the stretch on Sunday with jaw-dropping up-and-downs on the final two holes. 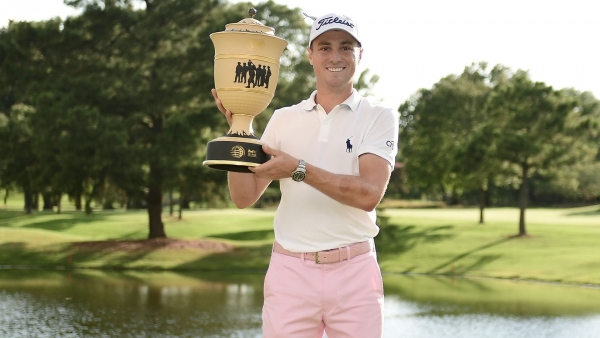 We’ve finally got the first major of the season this week as we head to TPC Harding Park in San Francisco, California. The PGA Championship is typically the major finale on the PGA Tour and is known as "Glory's Last Shot", but things are flipped on its' head in 2020 as it this will actually mark first major championship event of the season.

This marks the first major event on a TPC property and the fifth PGA Championship on Cailfornian soil. This will be the first PGA Tour major event to hit the west coast in over two decades.

Brooks Koepka looks to make it a three-peat of PGA Championship victories and is fresh off a T-2 finish last week at the WGC - FedEx St. Jude Classic. He’ll have his work cut out for him as we may have the strongest player-field of the year, jam-packed with the best players from all around the world. 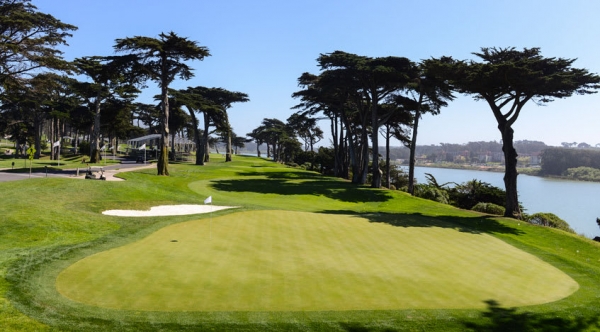 TPC Harding Park hasn’t had much action on the PGA Tour and past course results are spare. We saw Rory Mcllroy take down a WGC match play event here in 2015 but I’m not putting much stock into that.

PGA Championships are known for difficult playing conditions and making even superstars look mortal.  It’s definitely shaping up to be challenging course at Harding Park as they’ve raised the rough and made the fairways incredibly thin.

They’ve also shaved the former par-72 into a par-70, making scoring even more difficult. The players will only have one par 5 on each 9. We’ll have 12 par 4’s, so we’re definitely targeting players that rank well in par 4 scoring.

Distance and accuracy off the tee are critical this week. We’ll also rely on a balance of long-term and recent form as we lock down our player pool for the PGA ‘ship. 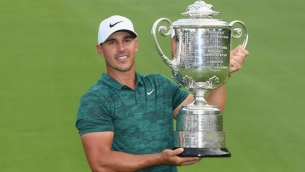 Before we dig in to my PGA Championship picks, let’s take a quick look at how my picks from last week ended up at the WGC - FedEx St. Jude Classic.

Overall we hit the winner and eight of my picks finished T-30 or better, including 6 top-15’s overall. Rory disappointed a little bit but I was pumped that one of my core plays won the tournament. Let’s keep it going this week.

Time for some major picks. Let’s get it!

Here’s how I’m weighing my custom model on fantasynational.com this week.

J.T. is quickly becoming my favorite player on the PGA Tour and he has the chops to win any event at any time. With his victory in Memphis last week, he reclaimed the number one ranking in the world. He also became the third youngest player in PGA Tour history to secure his 13th win.

He’s in impeccable form and I can’t imagine that he’s not in the mix through the weekend. He looked unflappable coming down the stretch on Sunday and I have to think his confidence is through the roof.

He’s got major-talent and even took down the PGA Championship at Quail Hollow in 2017. I fully expect J.T. to perform well at TPC Harding Park this week and I don’t mind locking him into my lineups and differentiating from the crowd elsewhere.

I feel like Xander has been knocking on the door and he may be ready to break through for his first major win. He’s been absolutely killing it lately and is coming off a final round, four-under 66 at WGC-Fedex that vaulted him inside the top-ten. 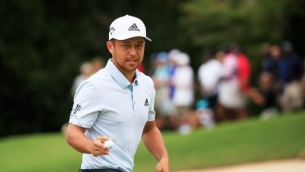 In his last four starts, Xander has finished T-20, T-14, T-13 and a T-6 this past weekend. Talk about trending in the right direction.

He also has a history of showing up in Majors. In the past three seasons he owns finishes of T-2 at the Masters, T-2 at the Open Championship, and T-5 at the U.S. Open.

He ranks fourth in the field in Shots Gained: Off the Tee, sixth in Par 4 scoring, and first in Bogey Avoidance. Look for Xander to keep his recent form going at TPC Harding Park this week.

Cantlay is one of the most steady players on tour and I feel confident starting my DFS rosters with him. He comes in at $9,400 on DraftKings which I think is a screaming value. He has legitimate winning upside and comes in as the eighth highest-priced player.

He’s shown impressive consistency, racking up six top-25 finishes in his nine starts on the PGA Tour this season. He’s still looking for his first victory of the season and third of his career, but I wouldn’t be shocked in the least if that happened in San Francisco come Sunday.

Cantlay is really standing out in my model, ranking top-40 or better in Par 4 scoring, Bogey Avoidance, Opportunities Gained, and Driving Distance.

Play Cantlay with confidence this week. I think he puts together a nice showing and makes a run at his first major championship.

The young superstar comes in as the number one play in my model due to his elite iron play and consistent accuracy. He put together rounds of 67 and 66 over the weekend to claw his way to a T-20 finish at WGC last week. Just two weeks ago he held Justin Thomas in a playoff to take down the Workday Charity Open.

Morikawa is slowly but surely becoming one of the big boys on tour. The 23-year old has more PGA Tour victories than missed cuts.

Morikawa has the game to outlast even the top players on tour. He's also proven a knack for making the cut, even when his game isn't firing on all cylinders. I think he puts in another impressive performance this week and continues his climb up the world rankings.

I'm definitely going back to the well with Rory after a disappointing showing at WGC last week. I think we have a chance to take advantage of low-ownership on Rory this week and I'll definitely be playing him in some DFS tournaments.

Rory hasn't looked like himself since the restart and hasn't cracked a top-ten finish since March. However, I think he's due for a bounce-back in a big way and there's no better time than the PGA Championship.

Rory ranks third in Shots Gained: Off the Tee, fourth in Distance, and eighth in Par 4 scoring. I think he'll play really well this week and remind the world of his superstar talent.

Finau struggled a bit at the WGC - FedEx last week but was coming off back-to-back top-ten finishes before that. He recently finished eighth at the Memorial Tournament and T-3 at the 3M Open. 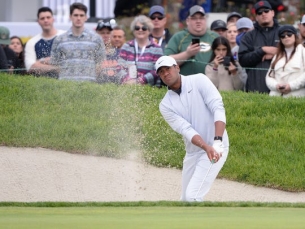 Tony ranks in the top-25 in Shots Gained: Off the Tee, and Par 4 scoring. He has the length and accuracy off the tee to put himself into favorable positions at this golf course.

Tony has been piling up good performances but is still searching for his second career PGA Tour victory. He won the Puerto Rico Open in 2016 but has come up empty since. How awesome would it be if he broke through and took down a major? He's in great form and has the game to do it. Plus, I think he goes under the radar in DFS this week.

Fitzy has some serious game. He's earned three top-15 finishes since the restart and is coming in hot off of back-to-back top-ten finishes. He made a serious run up the leaderboard on Sunday and finished third at WGG - FedEx. The week prior he finished T-6 at the Memorial Tournament.

The young Englishman has consistently shown that he belongs with the best in the world and his price tag on DFS sites never seems to get out of control. He's currently ranked 18th in the world.

Fitzpatrick ranks first in the field in Shots Gained: Putting, second in Bogey Avoidance, and tenth in Par 4 scoring. He has the type of game to hang around in majors and he's coming into this event in excellent form.

I find myself rostering Abe almost every week due to his consistency off the tee and his elite approach skills. He's been playing very well since the restart and has finished in the top-15 in four out of five starts. He shot 65 and 66 over the weekend to finish T-15 at WGC - FedEx. 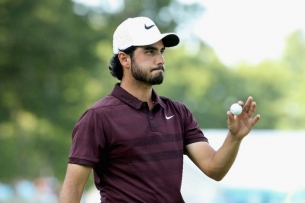 Abe seems like a strong value play on DraftKings at $7,700 and I think he'll be a staple in my lineups this week. He ranks in the top-15 in Shots Gained: Off the Tee, Bogey Avoidance, Par 4 scoring, and Fairways Gained.

He keeps the ball in the fairway and has one of the best approach games in the world. Look for Abe to keep his momentum going this week and play well at TPC Harding Park. 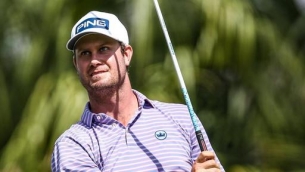 English is coming off three consecutive top-20 finishes and has the game to stick around in golf tournaments. He's a steady player that avoids blow-up holes.

He ranks seventh in Shots Gained: Putting, sixth in Bogey Avoidance, and 16th in Par 4 scoring. He looks like one of the best values on the site in my opinion.

Conners is one of the more accurate, methodical players on the PGA Tour. He's a good bet to make the cut and if his putter gets hot, he can definitely make a run up the leaderboard.

There's not a ton of major championship experience for HV3 but the guy contends in PGA events week in and week out. He’s long off the tee and hits a ton of greens.

Varner ranks tenth in Opportunities Gained, and 20th in Shots Gained: Approach. He’s sticking out to me as a value out of the under $7,000 guys.

Palmer is in solid form and coming off a second place finish at the Memorial Tournament and a T-15 last week at the WGC - FedEx.

He ranks top-30 in Shots Gained: Approach, Opportunities Gained, and Bogey Avoidance. I think he'll make the weekend and has a good shot to put together a top-25 finish. 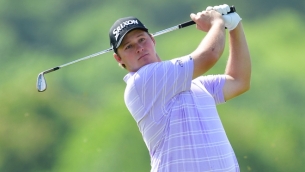 Straka really stands out to me at this price point. He's put up three top-20 finishes since the restart and is playing well.

He ranks top-30 in Shots Gained: Off the Tee, Shots Gained: Putting, Driving Distance, and Bogey Avoidance. I'm fine rolling with Sepp as a cheap option this week.

Watch out for Russell Henley this week - I think he has the game to surprise some people this and he's dirt cheap in DFS.

He ranks first in Shots Gained: Approach, sixth in Opportunities Gained< and fourth in Bogey Avoidance. I think Henley is shaping up to be a great value play this week.

This is simply an ownership fade in tournaments. Everybody and their grandma have been dying to roster Tiger since his start since at the Memorial Tournament.

He's also mentioned back tightness recently and San Francisco is known for some chilly, windy mornings. I'll pass on him in DFS this week but I definitely won't be shocked if he plays well.

The form just simply hasn't been there for Sungjae. He's lost strokes on approach in his last 6 tournaments, which has typically been the strongest aspect of his game.

He won the Honda Classic right before the stoppage but has really struggled since the restart. I don't think I'll be playing or betting on Im until he shows that he's dialed in his irons.

Best of luck this weekend everybody! You can find me on Twitter @FFcheesehead