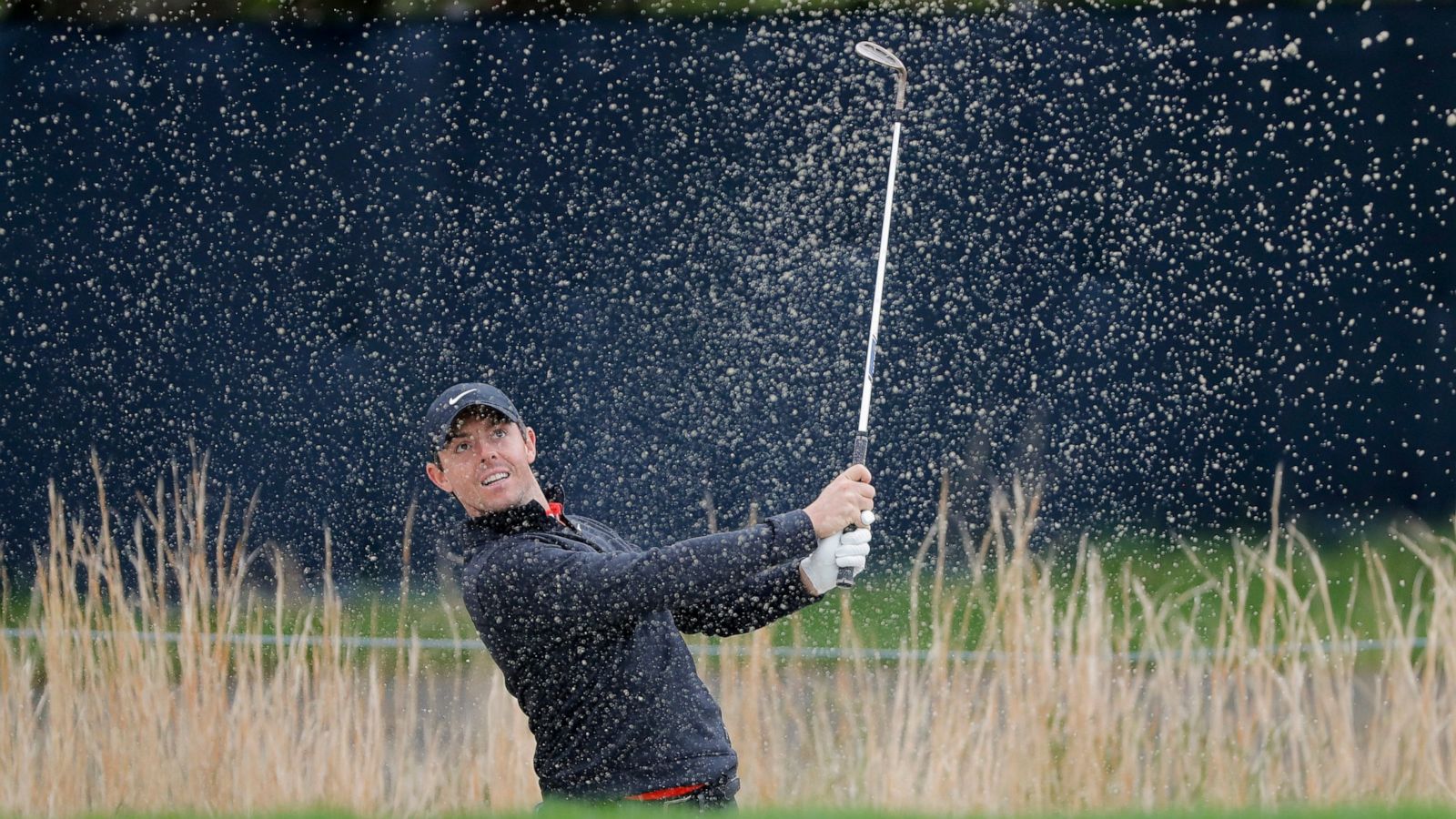 Michael Thompson held off a jam-packed leaderboard to win the 3M Open at TPC Twin Cities with a finishing score of 19-under. Ten players finished within three shots or less of Thompson.

For an event that lacked superstar talent, the 3M Open proved to be an entertaining event.

This is going to be a fun, challenging week of DFS as we head to Memphis, Tennessee for the World Golf Championships - FedEx St. Jude Classic.

We'll have our hands full as we try to sift through the best players in the world.

Before we dive into my picks, let’s quickly review how my picks from last week ended up.

My Pick to Win Last Week

Let’s try to keep it rolling and take a closer look at the WGC-FedEx St. Jude Classic. 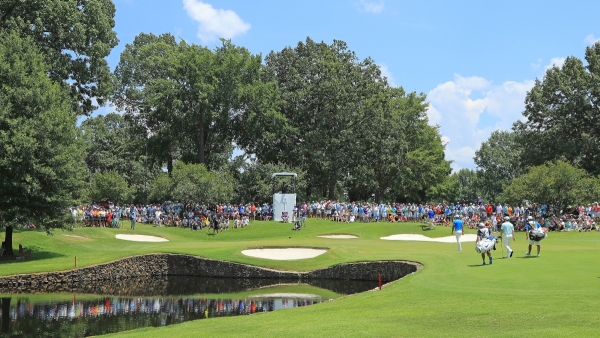 The par-70 TPC Southwind ranks out as one of the tougher courses on the PGA Tour with some tight fairways and small greens. Shots Gained: Off the Tee, Scrambling and Bogey Avoidance will all be stats I’ll be keeping an eye on via fantasynational.com.

Players at TPC Southwind historically hit the fairway at a 53% clip, and Greens in Regulation at 58%, compared to the PGA Tour average of 61% and 65% respectively.

Here’s how I’m weighing my custom model for this week’s event on fantasynational.com.

Time for some picks!

Morikawa is officially battle-tested on the PGA Tour after he took down Justin Thomas in a playoff to win the Workday Charity Open. He ranks out as a top-ten play this week according to my model due to his elite approach skills.

The rising star out of Cal ranks first in Shots Gained: Approach and fourth in Shots Gained: Tee to Green. He's been deadly accurate in his career, ranking first in proximity from 175-200 yards and fifth from 150-175 yards.

TPC Southwind is a course that demands accurate iron play and I think Morikawa has the game to excel this week. I'm looking for Morikawa to continue his incredible season and put together a great week of golf in Memphis. 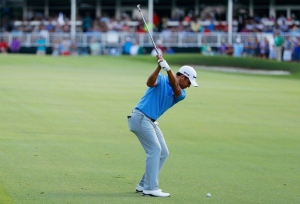 Xander has quietly put together three consecutive top-20 finishes on tour, but is still searching for his first victory of the season. He has found a great deal of success at condensed-field events and picked up a WGC victory in 2018 at the WGC-HSBC Champions.

Xander ranks top-15 in Shots Gained: Tee to Green, Shots Gained: Approach and Shots Gained: Par 4's. His game is aligning especially well at TPC Southwind and he has a promising track record at WGC events.

He'll be on my betting card this week without a doubt and I think the X-man can make some noise in Memphis this week.

Jon Rahm recently took over Rory’s spot as the number one player in the world with a win at the Memorial Tournament, but I think Rory comes back with a vengeance this week.

He hasn’t put it all together since the restart but a player with his talent is never far off from stringing together four impeccable rounds of golf.

In these invitation-style events, the best overall players always seem to end up towards the top of the leaderboard on Sunday. I fully expect Rory to contend for the win at TPC Southwind.

After losing in a playoff to Collin Morikawa at the Workday Charity Open, J.T. struggled a bit at the Memorial Tournament but still ended up finishing T-18.

In his last seven WGC events, J.T. has finished T-12 or better in six of them. I'll definitely be anchoring a few DFS lineups with him this week and I'm looking for the future hall-of-famer to put together a fantastic week of golf.

TPC Southwind rewards excellent iron play with tough, small greens. Abe is one of the best iron players in the world and he suits this golf course well. He has a methodical, accurate game that keeps him contending in most tournaments he plays.

He is also known to stuff pins on his approach, ranking 4th in proximity from 150-175 yards out. I think Abe will play well in Memphis and may go slightly under the radar.

He has a knack for playing his best during WGC-style events and I’ll be deploying Abe heavily in DFS this week. 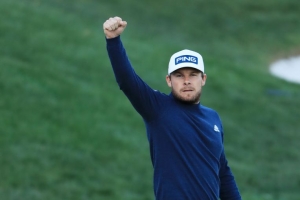 It’s tough to find a player on tour in better form than Hatton. Since his wrist surgery last winter, Hatton hasn’t finished worse than T-6 on the PGA Tour.

He’s in the midst of an incredible stretch of golf, including a victory at the Arnold Palmer Invitational in March. His putting has been out of this world and seemingly impossible to sustain, but it's clear he's been playing with extreme confidence on the greens.

Hatton is a focused, deadly accurate player. He ranks second in Shots Gained: Par 4’s and 10th in Birdie or Better scoring. He should keep his momentum going this week and contend in Memphis. Form and course fit are strongly aligned here.

Tommy missed the cut last week at the 3M Open in his first appearance since the restart. He didn't look especially sharp, but I think we should buy low on him this week. He lost three strokes putting and nearly two more strokes on approach last week - two areas that he has historically excelled in.

I expect a nice bounce-back for Tommy this week and he should go a bit under the DFS radar after missing the cut last week. He's also one of the best players in windy conditions, and players are expected to deal with double-digit MPH wind speeds throughout the week.

If he can get his putter going, I think he has a good shot to crack the top-ten when it's all said and done.

Is there a more divisive player on the PGA Tour than Bryson right now? For some odd reason the more the media critiques him the more I find myself rooting for him. He's coming off a missed-cut at the Memorial Tournament, but before that he strung together seven consecutive top-ten finishes.

Bryson has site-specific DFS value on Yahoo as the tenth highest-priced player in the field. DraftKings has him as the fourth-highest priced player for comparison.

I think he'll go a bit lower-owned than some of the other studs in the field after his missed cut last week, but I expect Bryson to come out strong in his last start before the PGA Championship next week. 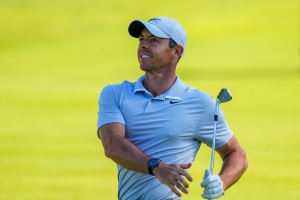 Rory does his best to reclaim the number one spot in the world and puts together an impressive week of golf in Memphis. I think he can outlast the world's best players and he finishes with a score of 13-under.