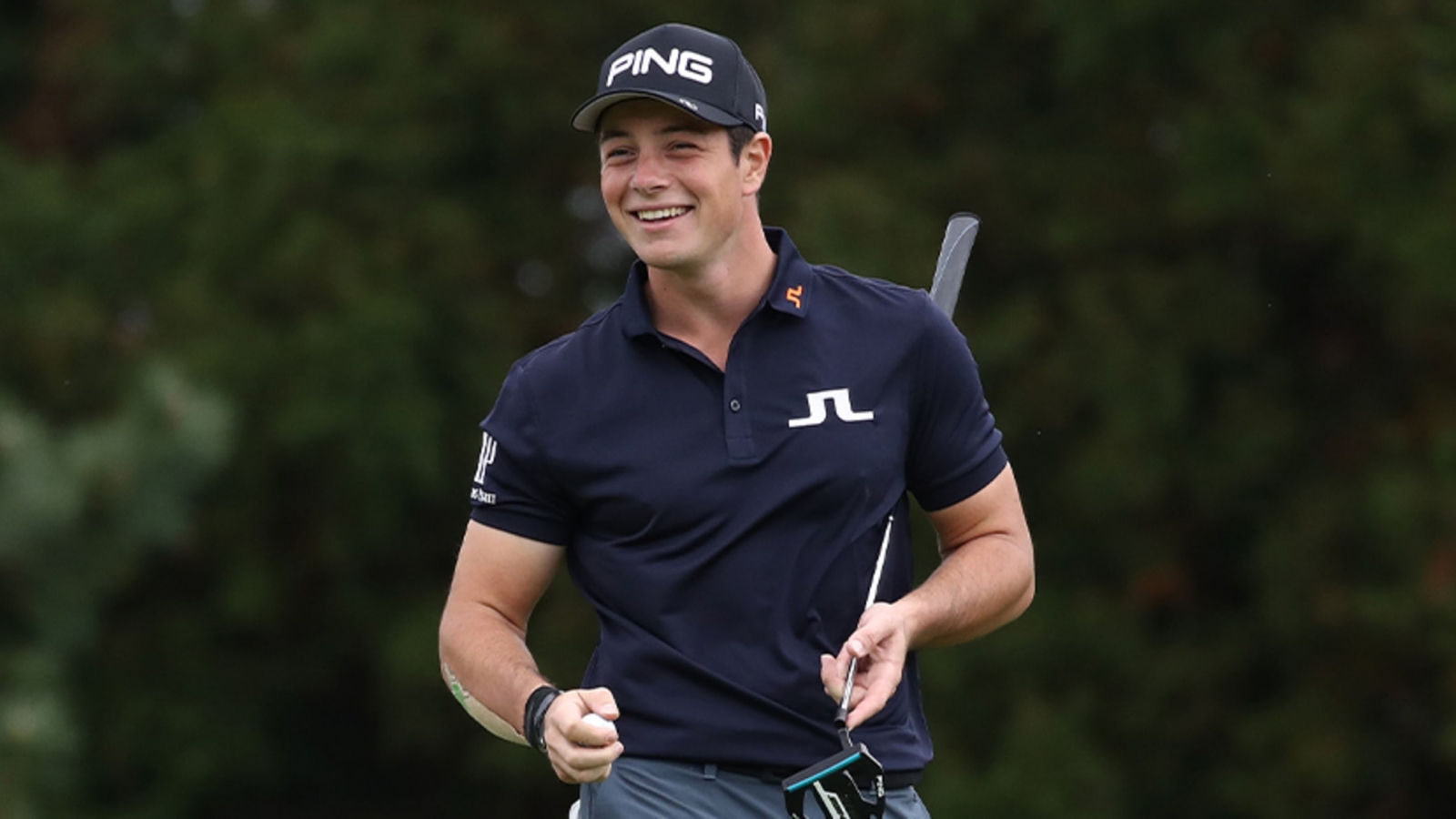 Bryson DeChambeau capped off a masterful week of golf with a seven-under 65 on Sunday to take down the Rocket Mortgage Classic.

He finished at 23-under overall, holding off Matthew Wolff by three strokes. Wolff started the final round with a three-shot lead over Bryson but couldn’t hang on for his second career victory.

As I said last week, I think that Bryson is currently the best player in the world. He certainly looked the part, pairing his monstrously accurate drives with a deadly short game - he led the entire field in shots gained off the tee (SG: OTT) AND shots gained putting (SG: P).

Bryson looks like he’ll be a dominant force on the PGA Tour for quite some time. He was in control and played aggressive all weekend, pouring in 27 birdies and an eagle.

This week we’re headed to the heart of Ohio for the inaugural Workday Charity Open. Before we dig in, let’s take a quick look at how my picks from last week ended up.

For the second consecutive week, 8/13 of my picks made it to the weekend. A little bit disappointing but hey, that’s golf!

I hit six players that finished T-21 or better, including the champ Bryson.

Let’s try to improve on last week and take a closer look at the Workday Charity Open.

The Workday Charity Open is a one-off event that has replaced the John Deere Classic on the revised PGA Tour schedule. Workday is really stepping up and supporting the Nationwide Children's Hospital in Columbus, Ohio, with a $1 million donation. They're also donating $500K to Stephen Curry's Oakland-based Eat. Play. Learn Foundation.

Jack Nicklaus’ hometown course is best known for hosting the Memorial Tournament, which will be played next week.

That’s right, back-to-back PGA Tour events at the same golf course. Weird, huh? Although the tournaments will be played at the same course, the PGA has stated that there will certainly be a few differences between the two events.

Different tee boxes and pin placements will be used to ensure different landing positions and target lines for players that are playing in both tournaments.

They’ve added almost 60 yards to the original course through alternate tee-boxes for this event.

Also, the field sizes will be different for the two events - we’ll have a full 156-player field this week but a condensed 120-player field at Memorial.

Playing conditions are expected to be easier at the Workday Charity Open than next week’s Memorial Tournament. They will grow the rough out all week and speed up the greens significantly for Memorial.

While Bryson DeChambeau, Dustin Johnson, Webb Simpson, and Rory Mcllroy are taking the week off, we still have an awesome player field this week. We have three out of the top-five players in the world playing in John Rahm, Justin Thomas, and Brooks Koepka.

I’ll be looking closely at past results from the Memorial Tournament and similar Jack Nicklaus designed courses like Firestone Country Club in preparation for the Workday Charity Open.

Here’s how I’m weighing my custom model this week on fantasynational.com

Let’s get to my picks!

Cantlay came out strong in his first start on the revised PGA Tour schedule, posting a 13-under, T-11 finish at the Travelers Championship. He strung together four consecutive rounds under par and looked sharp while doing it. 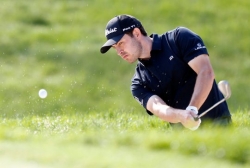 Cantlay is playing well and has been very successful at Muirfield Village Golf Club in his past few appearances.

The young American is having a stellar season and comes out as the number one play in my custom model. He hasn’t missed a single cut on the PGA Tour and has five consecutive top-20 finishes.

The 8th ranked player in the world looks to keep his incredible run at Muirfield Valley Golf Club rolling. He won the Memorial Tournament last season and finished T-5 in 2018.

I expect Cantlay to play well and will be anchoring several lineups with him.

Viktor has taken his game to another level this season, posting his fourth consecutive top-25 finish on the PGA Tour. He finished T-11 at the Rocket Mortgage Classic last week and shows no signs of slowing down heading to Ohio.

Viktor is an electric player and is standing out in my model due to his elite driving and approach skills. He’s been inconsistent on and around the greens in his brief career, but he’s shown promising improvements in that regard in his last four starts.

His swing is a thing of beauty and I think he’ll continue to climb the world golf rankings throughout his career.

I’m going to keep riding the wave of success that Viktor is on until he proves otherwise.

Thomas took the week off after missing the cut at the Travelers Championship, but I expect him to rebound in a big way this week. Before his missed cut, he had three consecutive top-ten finishes on the PGA Tour.

He comes out as the number two option in my custom model and has a very encouraging history at this golf course. At the Memorial Tournament, Thomas placed T-8 in 2018 and T-4 in 2017.

Thomas is a top-five player in the world for a reason and I wouldn’t be surprised at all if he ran away with this tournament. He may go slightly under the radar due to his missed cut at the Travelers and sitting out the Rocket Mortgage Classic, but Thomas is arguably the best player in the entire field.

The last time J.T. missed a cut he followed it up with a T-3 finish at the Waste Management Open. I expect a similar result this week.

Hideki was up to his old tricks this past weekend, finishing third in the field in SG: T2G, but losing nearly three strokes putting compared to the field.

Despite his putting woes, he’s one of the most consistent players in the world, ranking 10th in SG: T2G and 3rd in SG: APP.

He made an impressive jump up the leaderboard on Saturday at the Rocket Mortgage Classic but cooled off in the final round. He left Detroit with a respectable T-21 finish.

Look for Hideki to put in another respectable showing this week. He's in great form and has proven success at this golf course. If he can just be average with the putter, he has a chance to win here.

Niemann is an exciting young player whose game has been trending in the right direction. He recently finished T-5 at RBC Heritage and has made the cut in every tournament since the revised PGA Tour schedule. 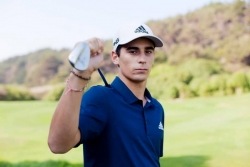 Joaquin Niemann looks to continue his recent form this week at the Workday Charity Open.

He is an excellent all-around player and should be a force on the tour for many years to come. He ranks top-ten in the field in SG: T2G, SG: OTT, and SG: APP.

He's made the cut at Memorial in back to back events, finishing T-27 last year and T-6 in 2018. Impressive recent form and solid course history align for Niemann this week.

Similar to Viktor Hovland, I believe we have another future PGA superstar in Niemann. I'll be rooting hard for the 21-year old this week and I think he can make some noise on the weekend.

Mav has been impressive as of late. He's not quite popping in my model but he's definitely caught my attention.

The elite scrambler caught fire on Sunday at the Rocket Mortgage Classic, shooting a six-under 66. He climbed 32 spots on the leaderboard and finished T-8.

He struggled a bit off the tee but showed incredible touch on and around the greens. He was 3rd in the field in SG: P and 11th in SG: Around the Green.

Muirfield has friendly fairways, with nearly a 70% hit rate for PGA players. I expect the playing conditions to be much less penal than next weekend for the Memorial Tournament and this should benefit McNealy a bit.

I'm looking for Mav to continue the great energy from his Sunday round into this week. He's a great bet to make the weekend and crack the top-25.

The experienced Aussie has a ton of success at this golf course, posting three consecutive made cuts and top-15 finishes in two out of his last three starts at the Memorial Tournament. He finished T-5 at the Memorial just last year.

Leishman is having a wonderful season - claiming victory at the Farmers Insurance Open and piling up a couple of top-three finishes at the Safeway Open and the Arnold Palmer Invitational.

He's quite a steady player - only missing two cuts the entire season. I trust his ability to make it to the weekend and I'm hoping that he can recapture some of his previous magic at Muirfield.

Dahmen has been playing the best golf of his career and having a heck of a season. He's made the cut in every start since the hiatus and placed in the top-20 in five out of his last six starts on tour. 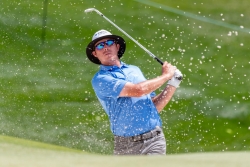 Joel Dahmen has been on fire, placing in the top-20 in five of his last six starts on the PGA Tour.

He finished in the top-five in back to back starts during the spring at the Genesis and the Arnold Palmer Invitational.

Dahmen is checking a lot of boxes in my model and I expect him to keep his mojo going this week. He ranks top-15 in SG: T2G and SG: APP.

He's also a blast to watch play with his bucket-hat swag and 'stache.

My Pick to Win:

I think J.T. is simply the class of this field. He struggled with the putter his last time out but I think he'll clean that up quickly. I expect him to light it up at Muirfield and come out on top when all is said and done.