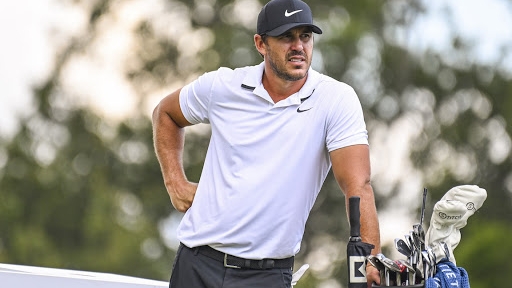 Collin Morikawa continued the incredible start to his career with a PGA Championship victory at TPC Harding Park in San Francisco, California on Sunday. He became the third youngest winner of the PGA Championship, following only Rory Mcllroy and Jack Nicklaus. 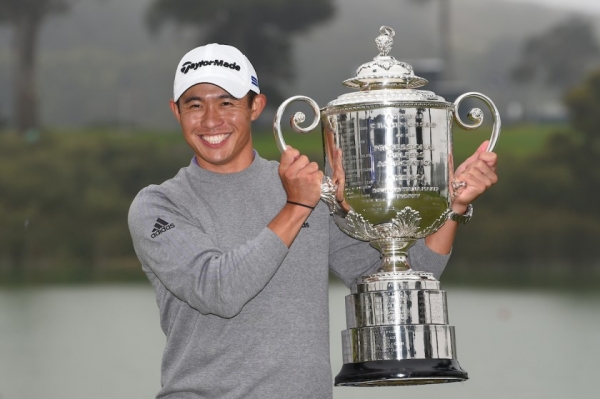 The 23-year-old native Californian showed poise beyond his years down the final stretch on Sunday. He was exceptional throughout the weekend and earned the engraving of his name on the Wanamaker Trophy with a cold-blooded, six-under 64 on Sunday.

This week we're heading East to Greensboro, North Carolina for the Wyndham Championship. Before we break down the course, let’s take a quick look how my picks from the PGA Championship ended up.

It was a decent week overall. I picked the tournament winner as a core play for the fourth time in six weeks and 5/6 of my value plays went on to make the cut or better. Overall, 17/19 of my picks made the cut.

Let's try to keep it going and take a closer look at what's on tap for this week. 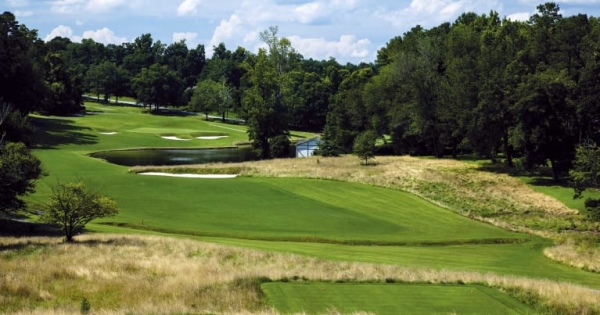 The players will face one of the easiest courses on tour in Sedgefield Country Club, a par 70 course rounding out just over 7,100 yards. J.T. Poston won this event last year at 22-under, finishing just a shot ahead of Webb Simpson.

We’ll have eight par-4’s between 400-450 yards, making Shots Gained: Approach one of the more important stats to consider in my opinion. Specifically, I’ll be keeping an eye on proximity on approaches between 150-175 yards.

In what is almost certainly going to be a birdie-fest, I'm targeting players that can consistently attack pins and put themselves in scoring position.

Webb Simpson is looking like the overwhelming favorite to win this event and will almost certainly be the highest owned player in DFS contests.

In his last three appearances at the Wyndham Championship, Webb has finished second/T-2/third. He's on record stating how much he loves this tournament and he even has a son that he appropriately named Wyndham. Yeah, not even kidding. 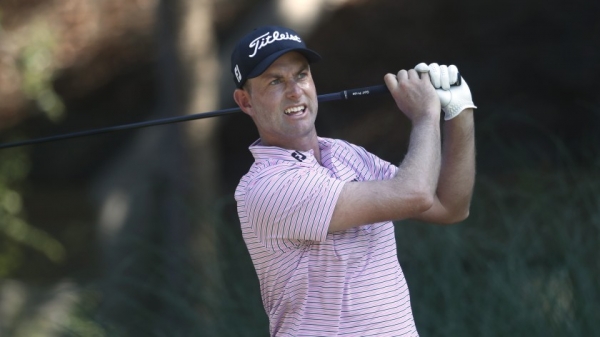 Webb Simpson tees off during the second round of the RBC Heritage. (Photo credit: AP Photo / Gary Broome)

I expect Webb to carry close to 50% ownership in most contests. A big decision DFS players will face this week is whether or not to start their lineups with Webb.

I could easily put Webb in my Core Plays and he ranks first overall in my stat model, but that would be too easy. Everyone knows he's an amazing play this week so I'll let you guys make that call on your own.

This will be the final event to gain points before the FedEx Playoff begins at the Northern Trust next week. Only the top-125 players in FedEx points will qualify for the playoffs.

Here’s how I’m weighing my custom model on fantasynational.com

Let’s get to some picks.

Moore withdrew from the PGA Championship last week due to a family issue but he's back in the field this week. He's quietly put together finishes of T-40/T-12/T-12 in his last three starts.

He has excellent course history at Sedgefield C.C. with two top-ten finishes in his last four appearances. Moore makes a lot of sense this for this event and I'll be deploying him heavily in DFS this week. Plus, he may have some extra motivation to play well after watching his former caddie pair up with Collin Morikawa to take down the PGA Championship last week.

Todd is playing excellent golf has been on fire since the restart. It seems like he's been in the mix in every tournament this past month.

He's finished T-22 or better in four out of his past five starts and is the only player in the field with multiple victories this season. 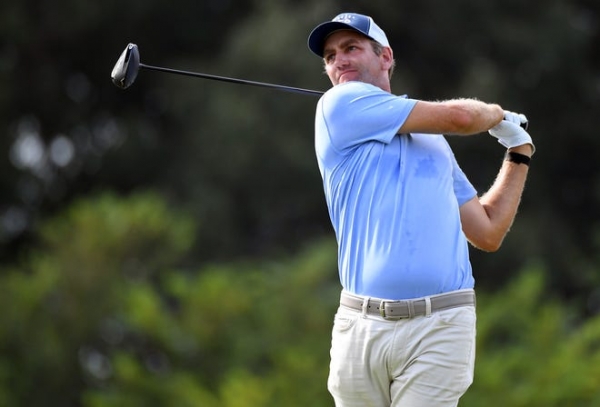 The Toddfather ranks eighth in Shots Gained: Putting, 14th in proximity from 150-175 yards, and 20th in Opportunities Gained. He's consistently sticking his approaches close to the pin and he's taking advantage of it with his putter.

Let's ride the momentum that Todd is on and play him in DFS this week. I'll have an outright bet on him as well.

Casey was exceptional at the PGA Championship last week, finishing 11-under and just two shots back of Collin Morikawa. He had been struggling with his putter a bit, but it was only a matter of time before he figured the flat-stick out. He gained a stroke putting (0.9) on the field last week for the first time in the past five events.

Casey ranks second in the field in Shots Gained: Approach, fourth in Shots Gained: Tee to Green, tenth in Opportunities Gained, and ninth in Par 4 scoring: 400-450 yards. He's certainly checking a ton of boxes in my custom stat model.

He finished T-13 at this event last year and looks poised for another strong performance this week.

Harris continued his stretch of excellent form last week at the PGA Championship, finishing four-under and T-19. It marked his fourth consecutive top-20 finish on the PGA Tour. 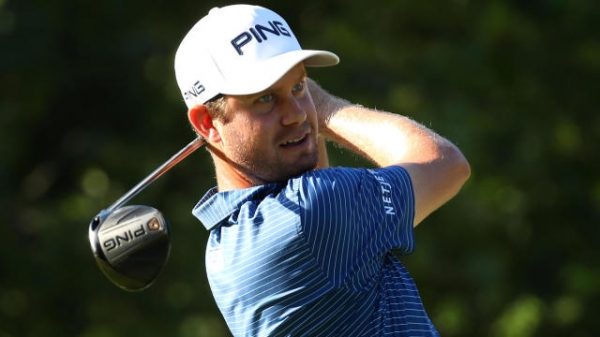 Harris looks like a great top-20 bet and has recent form and impressive course history on his side. He may be heavily owned in DFS due to his top-20 finish at the PGA Championship this week, but that's not enough of a reason to fade him in my opinion.

The Doctor is looking like an awesome GPP play this week and ranks out as a top-five stat fit according to my model. He's finished T-29 or better in four out of his last six starts and seems to excel in weaker field events. He finished T-2 at the Rocket Mortgage Classic last year, which is a similar Donald Ross designed course.

Doc ranks tenth in Shots Gained: Approach, third in proximity from 150-175 yards, 15th in Par 4 scoring 400-450 yards, and 23rd in Opportunities Gained. That's quite a lot of boxes that he's checking for me and he's the type of young, aggressive player that has a chance to go really low this week. He's one of my favorite values on the entire slate.

He missed the cut by one stroke last week but I'll give him a break considering the field strength. The two weeks prior he finished T-20 at the WGC-FedEx St. Jude Classic and T-22 at the Memorial Tournament. Those are both strong finishes playing against elite competition. 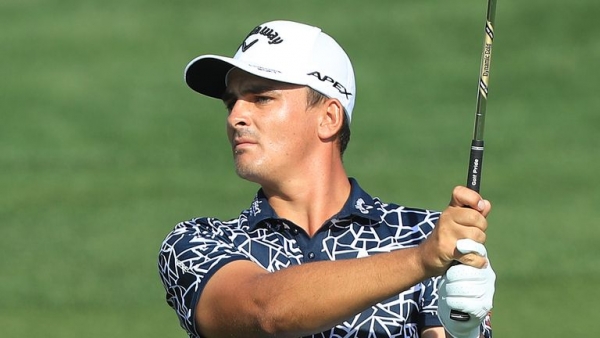 The young South African should be low-owned in DFS this week and he definitely has the skills to contend.

Reed is a high upside GPP play this week and has the type of game that translates really well to this course. I'm looking for players that can stay in position of the tee and take advantage of scoring opportunities.

He's coming off a T-13 finish at the PGA Championship and is clearly one of the most talented players in this field. He has a bit of success at this event as well, finishing T-22 here last year.

He's expensive but Reed can really make some noise this week.

Billy Ho is typically an inconsistent player but he heads to Wyndham in solid form and with excellent course history at Sedgefield. He has four consecutive cuts made at this event and three T-11 or better finishes overall.

He's one of the most consistent tee to green players on tour and is known to putt the rock beautifully. He ranks 15th in the field in Shots Gained: Putting and 17th in Shots Gained: Tee to Green.

It's clear that Horschel is very comfortable at this course and he has a good shot to continue his run of success at Sedgefield this week.

Stallings has been playing very steady golf, making the cut in every single event since the restart. He ranks 11th in Shots Gained: Approach and 23rd in Par 4 scoring: 400-450 yards. He can definitely pay off his price point here.

Stanley has a knack for performing well in weaker-field events and ranks out as a top-20 option according to my stat model. He ranks 26th or better in Shots Gained: Approach, Shots Gained: Tee to Green, Opportunities Gained, and Par 4 scoring: 400-450 yards. He also ranks second in proximity from 150-175 yards.

Sea-bass comes in criminally under-priced this week and is one of my favorite plays below 7k on DraftKings. He ranks first in Opportunities Gained, seventh in Shots Gained: Approach, and 21st in Shots Gained: Tee to Green.

Long is coming off a made cut at the PGA Championship and a T-2 finish at the 3M Open a couple of weeks ago. He ranks top-30 in Shots Gained: Approach, Shots Gained: Putting, Par 4 scoring: 400-450 yards and proximity from 150-175 yards. He's a strong value at his price point.

Reed puts it all together this week and rides a scorching-hot putter for his second victory of the season.