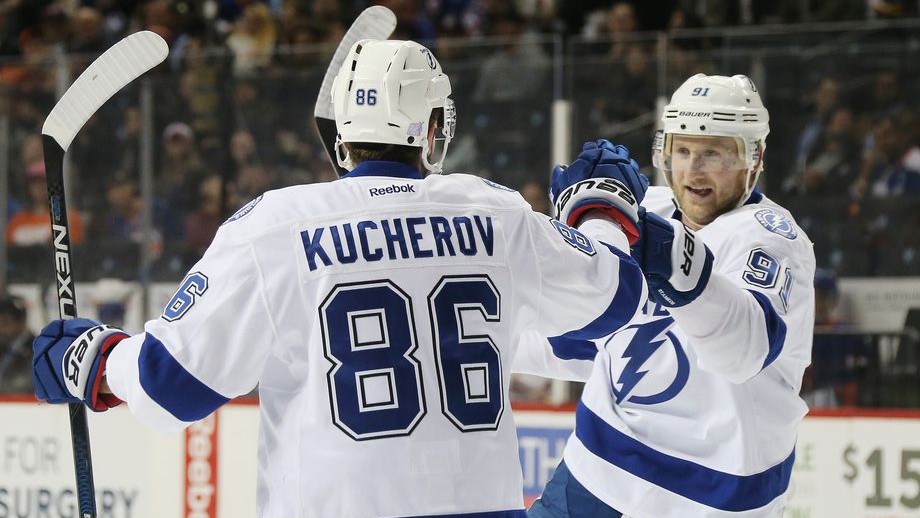 NHL Fantasy Predictions for the 2017-18 Season

Nikita Kucherov, Tampa Bay Lightning. Kucherov was again lights out last season, and valiantly filled the huge void left in the wake of yet another unfortunate Steven Stamkos injury. This year with Stammer back, Tampa's top two lines, and power play unit, will lay waste to everyone.  Kucherov will be in the top three in scoring this season, and will lead the Lightning into the finals.

Connor McDavid, Edmonton Oilers. This seems like a no-brainer after last season, yet it's not set in stone for McDavid. Crosby, Kucherov, Kane, and the Twins in Dallas (Benn & Seguin) may have something to say about it. Like a true superstar, he makes everyone around him better, and Leon Draisaitl is his wingman, who should also cash in again after a stellar season last year.

Victor Hedman, Tampa Bay Lightning. After last year, Hedman showed he is the next big thing, literally and figuratively, and will be the best defenseman on the ice this year, anchoring one of the best teams along the way.  It helps when you have such an amazing talent pool playing in front of you that has bought into the winning system, drinking the Yzerman Kool-Aid. All the Lightning players need to do is visit the GM'S office and see three fingers studded with diamonds to know that playing better team defense hockey equates to championships.

Patrik Laine, Winnipeg Jets. The chicken & rib combo of Laine and Mark Scheifele will be together for years, and will remain dominate as they were last year.  Probably more so now, as each player matures, and the defense and goalies mature and get better as well. Laine potted 37 goals last year while missing nine games due to concussion protocol, and if he plays an entire 82 game stretch, 50 is certainly within reach. The fans would welcome a 50 goal season as much as they'd welcome the house keys to the Playboy Mansion with full benefits.

Brock Boeser, Vancouver Canucks. Boeser had a short nine game run at the end of last season and managed five goals and one helper. He will most likely line up with Vancouver's newest millionaire, Bo Horvat, and will form a nice decade long partnership that will make the Canucks relevant once again. After two pretty damn good seasons at North Dakota, Brock is taking his game elsewhere, and I see no reason he doesn't play and stay in Vancouver, as their roster is paper thin and even thinner on talent. Carey Price, Montreal Canadians. Carey Price is simply the best goalie in the game right now, and GM Marc Bergevin went out and added pieces all over the place to cash in on this teams prime ages. Price, if healthy, is in the conversation of best goalies no matter what era you're speaking about. All the pieces are out of the box and it's now up to the players to put the puzzle together and bring Lord Stanley's Cup home and back to Montreal. It's the 25 year anniversary of the Habs 1993 Cup win and that was also the last time the Cup was won by any Canadian team.

Brad Marchand – Boston Bruins. Marchand has been simply dominant since the World Cup of Hockey last summer, and is now the Bruins best player, hand down. Not afraid to go into the corners or front of the net and get dirty, Marchand also plays excellent defense, an effort that has not been overlooked by me and many in the NHL circles. Brad will be rewarded for his efforts this season for that effort, and he may also skate away with the Rocket Richard trophy too, as he can score at will from anywhere on the ice.

Comeback Player of the Year

Steven Stamkos, Tampa Bay Lightning.  I believe I picked Stammer for this award last year at Mastersball, but I could be wrong. On a torrid pace last season before going down, with 20 points in 26 games, along with 17 goals, Stamkos remains one of the NHL's true snipers, and is just now coming into his prime years. You can see my Tampa Bay trend here in my awards predictions, so can you guess who my Cup finalists are going to be? Keep reading to find out.

Breakout Of The Year Award

Evgeny Dadonov, Florida Panthers. This isn't an official NHL Award, but it should be, and there are always players who come out of their shells and realize they were born to be hockey players. Dadanov falls right in to the vacated Jagr roll on Florida's top line and will produce as he has never done before. Aleksander Barkov and Jonathan Huberdeau are both really good players, and if healthy, this line will be one of the top six in the NHL this season, and may be enough to get the Panthers back into the playoffs. That is if their assholes have healed from that humungous egg they collectively laid in last seasons suck-fest.