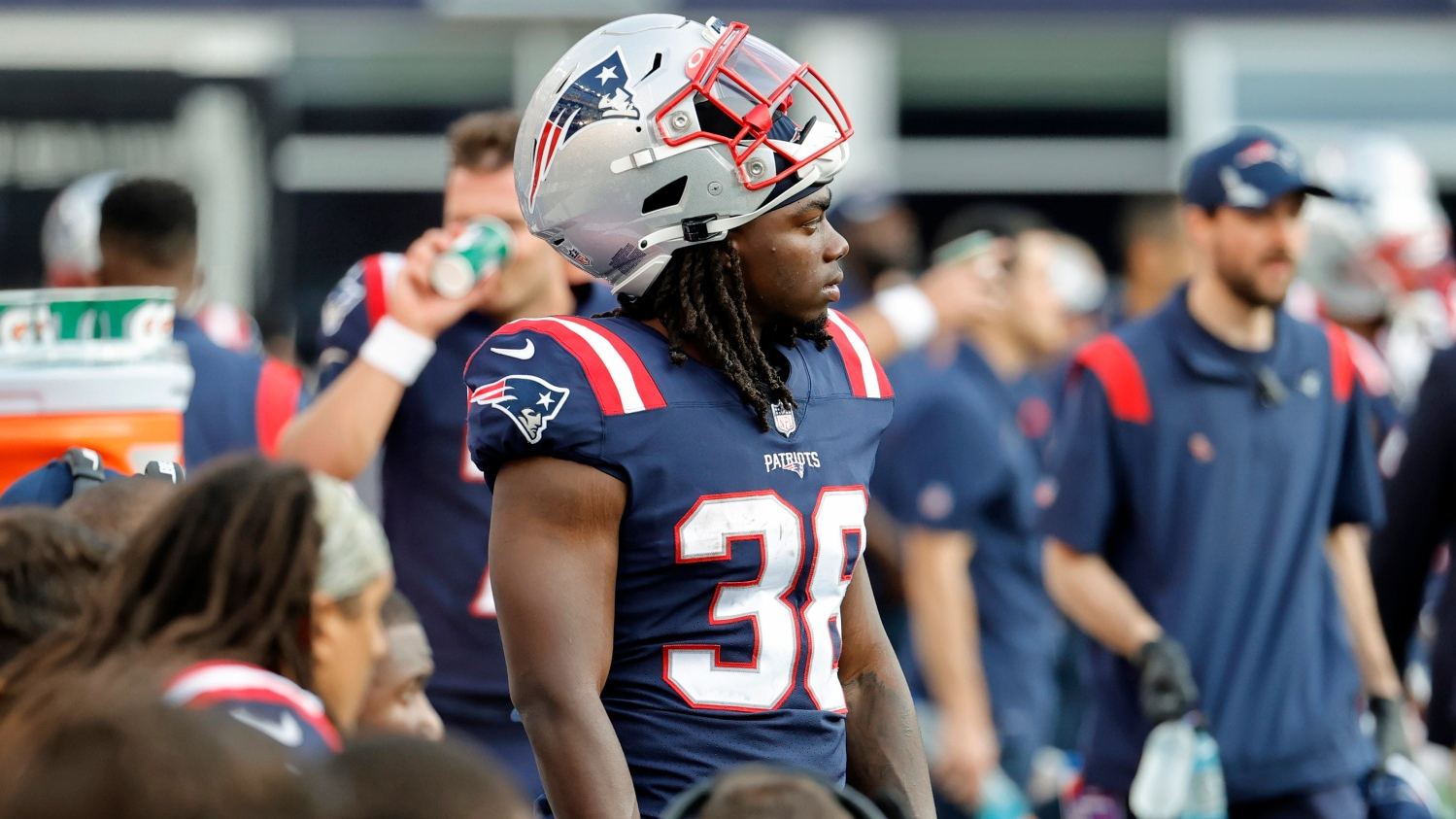 Welcome back to Week 7 of Preemptive Strike. As the season progresses and injuries start to accumulate it often gets difficult to find players on the waiver wire to help you improve your roster. Throw in the byes and it becomes even harder to find those gems in the waiver wire.  This is why it is key to try and add some players before the current week’s game is played so that way you can be one step ahead of your league mates. Here are this week’s Preemptive Strike players to add!

Check to see if these quarterbacks are available to add first: Sam Darnold 59% rostered and Jameis Winston 51% rostered.

All Tua Tavailoa did in his first game back off injured reserve (IR) was light up the Jaguars' defense for 329 passing yards and two touchdowns. He has another favorable match-up in Week 7 against the Falcons. If you are hurting at quarterback Tavailoa should be added in 12-team leagues.

After their bye one will hope that Coach Urban Meyer lets Trevor Lawrence cook in the second half of the season. Lawrence has produced three straight 20+ fantasy points games in a row. If you are looking to add a quarterback with a high ceiling for the rest of the season, Lawrence may be your man. The rookie quarterback can be added in 12-team leagues.

In Week 7 Carson Wentz has a tough match-up on the road against the 49ers. After this week he will have three favorable contests in a row against the Titans, the Jets, and the Jaguars. Wentz has averaged 284 passing yards and two touchdowns over his last three games. Consider adding Wentz now in 12-team leagues if you are in need of a quarterback.

Jimmy Garoppolo is someone to consider adding in deeper league formats. With Trey Lance out for the foreseeable future due to a knee sprain, Garoppolo has a chance two help out fantasy managers in deeper leagues for the time being. While Lance is out Garoppolo may be added in 14-team or deeper leagues.

There have been rumors swirling around that the Seahawks may bring in Cam Newton, due to Russell Wilson’s injury. Coach Pete Carroll has confirmed that they have spoken to Newton, making him a speculative in two-quarterback and super-flex leagues.

Check to see if these runnings backs are available to add off the waiver wire: Khalil Herbert 62% rostered, Michael Carter 60%, and Alexander Mattison 55% rostered.

Looks like someone is out of the doghouse. That someone is Rhamondre Stevenson as he is finally receiving some touches over the last two weeks for the Patriots. In Week 6 he even scored his first career touchdown. Damien Harris is still the main running back for the Patriots but you should consider adding Stevenson in 12-team PPR leagues as his touches will continue to grow going forward.

This is the turn back the clock section of the article. I definitely did not think I would be writing about Devonta Freeman as someone to add this season but here we are. Freeman could be in line to carry the majority of the carries for the Ravens on Sunday due to Latavius Murray’s injury. Last week he illustrated he still has a little juice in those legs as he ran for 53 yards and touchdown on nine carries. If you are in a deeper league and desperate due to injuries and bye weeks look to add Freeman to assist you in conquering your opponent in Week 7.

Wouldn't be shocking if this was 2016.pic.twitter.com/S0cV8z0r8P

With Darrell Henderson’s injury history, Sony Michel is a lottery ticket waiting to be cashed in. The Rams are getting ready to face the Lions and Texans over the next two weeks, and they could have a huge lead which could have Michel get additional carries to keep Henderson fresh. Michel is a must-add in 12-team league formats.

The only reason why that Kadarius Toney dropped under 50% ownership is due to an ankle injury he suffered in the first quarter of Week 6. Before the injury, he caught all three of his passes for 36 yards. He was well on his way to another breakout performance. Add Toney in all league formats. I believe he is really going to break out player in the second half of the season if he can stay healthy and possibly be a league winner for fantasy managers this season.

Darnell Mooney continues to outproduce Allen Robinson on a weekly basis. With Robinson garnering most of the defense's attention and being doubled and tripled team, Mooney has taken advantage of the single coverage whenever the quarterback play is decent. Mooney is another wide receiver to add in all league formats.

The one thing to notice in Rashod Bateman's debut last week is that he received six targets in his first career game even though he was just activated from the IR prior to the Week 6 contest against the Chargers. That shows us all a glimpse as he starts to be more integrated into the offense his target share is surely going to rise moving forward. Bateman should be added in 12-team leagues.

The tight end that I am most intrigued about adding this week is Pat Feiermuth. This week the rookie tight end is on a bye, but if you recall in Week 6 he was targeted seven times and he caught all seven balls for 58 yards. With Ben Roethlisberger's not having the arm strength like had earlier in his career, Feiermuth will be key for the Steelers offense moving forward especially in the red zone. If you are a fantasy manager that is in need of a tight end for the second half of the season, look to add Freiermuth now before the rest of your league mates try to next week.

The Steelers need to get the ball into Pat Freiermuth’s hands https://t.co/YLWYjTnVNW

Like Allen Robinson and Darnell Mooney, Cole Kmet’s season has been a little disappointing due to bad quarterback play. At least quarterback Justin Fields looked his way and targeted the tight end five times in Week 6. Last week was the first time since Week 1 that the tight end was targeted at least five times. Hopefully, it is a sign of things to come. Kmet can be added in 12-team to 14-team leagues for fantasy managers looking for bye week replacements.

C.J. Uzomah is another tight end that can be added in deeper leagues, especially in tight end premium leagues. What hurts Uzomah is that Joe Burrow has a few receiving options on the Bengals offense so at times Uzomah does not get the target volume needed to be consistent enough to start every week. If any of the wide receivers were to miss time, Uzomah’s would be the one to benefit the most from it, and he can be a tight end to consider to add in 14-team leagues.

Bengals Defense 17% rostered: Cincinnati will have the pleasure of playing the Jets in Week 8.

Eagles Defense 5% rostered: Philadelphia gets to play the winless Lions next week.