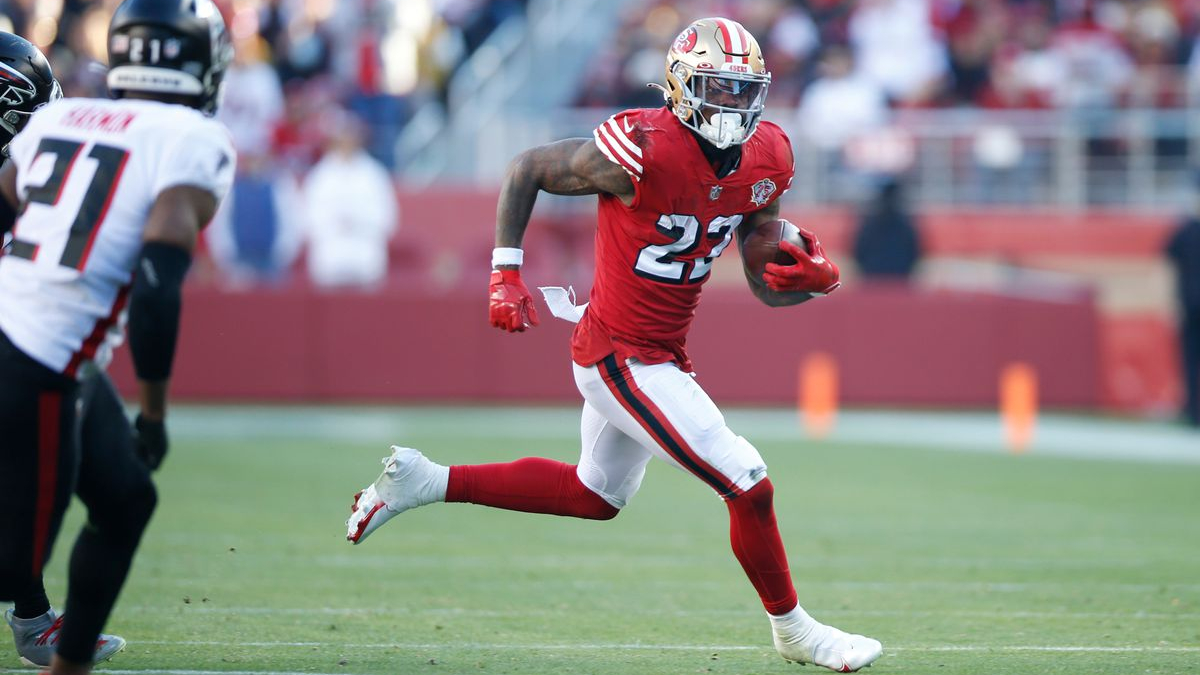 Finally, Fall is upon us, and what that means is football is back. With football back comes our favorite pastime playing some good ole’ fantasy football. As the years have gone by league mates and fantasy managers continue to get better and sharper making competition fierce in our respective leagues. So my way of combating this is to be ahead of my league mates and pick up certain players prior to their weekly game so I am ahead of my league mates and the waiver wire run the following week. I like to call this a “Preemptive Strike” move to take the first blow against my league mates before they take their first shot at me. So here are my preemptive strike players heading into Week 1.

Last year prior to Jameis Winston’s ACL injury, the veteran quarterback was showing better accuracy and improvement in his TD/INT ratio in his first six games. Winston had thrown 13 touchdowns to three interceptions and that was with a limited amount of receiving talent around him. Now he has a galore amount of weapons with the return of Michael Thomas, Jarvis Landry, and rookie Chris Olave. Look out for Winston to throw for over 4,000 yards and 30 touchdowns this season.

Jameis Winston had 13 passing TD’s in the first 6 games (35+ TD pace) before getting hurt last year & it’s like no one cares.

Finished as the QB14 in PPG.

Matt Ryan looks to be rejuvenated this year after being traded to the Colts during the offseason. Last year Ryan threw for under 4,000 yards for the first time since 2010, due to not having Julio Jones or Calvin Ridley and a bad offensive line. Now that he landed in Indianapolis, look for him to have a rebound in 2022 and make everyone forget about his miserable 2021 season.

If you are looking for a quarterback to add in a deeper league or in super-flex leagues, Mitchell Trubisky should be someone to consider. Not only has Trusbisky officially been named the starting quarterback for the Steelers, but he has excellent receiving weapons and will use his legs to make plays as well. Just have Kenny Pickett on speed dial just in case Trubisky starts off slow.

There have been rumors around camp that Khalil Herbert may start taking away touches from David Montgomery. When Montgomery went down last year with an injury Herbert more than held his own with all the additional touches he received. If Herbert is still in your waiver wire add him now before you’re league mates do.

"Don't be surprised if...Khalil Herbert ends the year as the team's lead running back."

"The new staff seems to like David Montgomery just fine, but there is some skepticism about whether his style fits the new offense as well as Herbert's does."

Another running back that's said to be losing touches this year is Leonard Fournette. The Buccaneers already have listed Rashaad White as the RB2 on the team and is rumored to be utilized in the passing game to alleviate Fournette’s touches. If you're looking for a running back to add in PPR leagues think about adding White now.

Isiah Pacheco came from the abyss during the pre-season, as he started turning heads in camp and in pre-season games. Clyde Edwards-Helaire is on top of the debt chart at the moment for the Chiefs, but if you are looking for a piece of this offense, stash Pacheco now, as Edwards-Helaire tends to get dinged up every year and that will be the moment that your league mates will realize you already have his replacement on your roster.

The 49ers have listed Jeff Wilson Jr. as the RB2 to start the season. Coach Kyle Shannahan has no shame in his game and will start any running back that gets the job done. Wilson has proven before that he can produce in this offense and he is just an Elijah Mitchell injury away from being thrust into a larger role.

All the preseason love went to Dameon Pierce for the starting nod in the Texans backfield and rightfully so. Along the way though the picture got cleared up on who will be the number two running back on the depth chart. That player is none other than Rex Burkhead. Pierce will start but Burkhead will continue to be a useful player, especially in PPR leagues.

It was a sad and scary situation what happened to Brian Robinson, but if you have an open IR spot on your roster, stash him for later in the year because he was supposed to be the starter prior to the shooting incident he was involved in and is already off his crutches and may just miss the first four games of the season.

Check to see if these wide receivers are available to add first: George Pickens 67%, and Julio Jones 60% Rostered

Treylon Burks showed some flashes during the pre-season even though he was dealing with some minor injuries but is now ready to get unleashed on the NFL. If he is still on the waiver wire, be sure to add him now before Week 1, because he will be difficult or expensive to obtain next week.

The Cowboys will have an abundance of targets available this year due to the departure of Amari Cooper and Cedrick Wilson during the offseason. Michael Gallup has made great strides in his recovery from a torn ACL but is still not ready to start just yet. But with him nearing a return soon, be sure to add Gallup now so you can have a piece of the Cowboys' offense. He is already listed out for Week 1, so you may be able to add him now stash him on your IR and then pick up another player.

One of the most pleasant surprises during the preseason was the awakening of Romeo Doubs. Although Christian Watson was the first receiver taken in the draft it’s been Doubs making all the noise in the preseason. When you have Aaron Rodgers throwing you the ball and no true WR1 on the team, mine as well add the rookie to stash him for now.

Will this be the year that Mecole Hardman breaks out? Being the Tyreek Hill got traded and now has his talents in South Beach, it’s time for Hardman to step up. Hardman has shown flashes in the past especially if Hill was out of the line-up. Now with Hill permanently gone, he has an opportunity to be the field stretcher for the Chiefs. If you have the space on the roster, add Hardman to see if he can finally break through to the other side, do so now.

One player that I try to grab on every team is Josh Palmer, especially in deeper leagues. Even though he has Keenan Allen and Mike Williams ahead of him in the pecking order, Justin Herbert is a gunslinger and he will be looking to pass to anyone that is open. With most of the defensive coverage surely to be focusing on trying to stop Allen, Williams, and Austin Ekeler out of the backfield, Palmer will have the chance to make plays down the field. So add the young buck if you can.

It’s time for the secret weapon in deep leagues. The Giants drafted Wan’Dale Robinson in the second round for a reason. New head coach Brain Daboll will be looking forward to having Robinson line up all over the field on offense. The rookie is listed as the starting slot receiver so add this flier and reap the benefits for the rest of the season.

Wan'Dale Robinson has the potential to become the New York Giants' version of Tyreek Hill and some of you don't even care. pic.twitter.com/v1DWXPLMM0

Check to see if these tight ends are available to add first: Albert Okwuegbunam 62% Rostered and Irv Smith Jr. 55% Rostered.

Trevor Lawrence is so looking forward to putting 2021 in the rearview mirror after the Urban Meyer coaching debacle. One of Lawrence’s new weapons is a tight end, and his name is Evan Engram. Engram is an athletic tight end that is sure to be an option for the second-year quarterback and may be an option for you to add in a deeper league.

With Matt Ryan in town, Mo Allie-Cox may finally be on the verge of having his talent to be put to good use. The former basketball player has shown from time to time that he is a force, especially in the red zone. Ryan loves throwing to tight ends so the time is now to add the huge tight end target before your league mates do in deeper leagues

My favorite tight end to target in the later rounds of the draft season has been Brevin Jordan. Last season after missing the first half of the year, Jordan starter to become a bigger part of the offense. So much so that he is one of Davis Mills's favorite targets and will have some red zone scoring potential in this offense moving forward. Jordan is available in an astonishing amount of leagues and his rostered percentage is sure to rise in the upcoming weeks.

Depending on how deep the league, etc., two names come to mind immediately:

For deeper leagues, a player that has already shown glimpses into their potential is Isaiah Likely. During the preseason all Likely has done is continue to make plays. Now the tight end has a major roadblock in front of him that is named Mark Andrews, but sources have said that he will have a significant role in the offense during the season, making him a must-add player before your teammates do.

🟣 7 forced missed tackles on receptions (most since 2015)

Hopefully, some of these players can be significant producers on your rosters moving forward. If you want to discuss this further you can reach out to Leo Grandio on Twitter at @smooth1074.