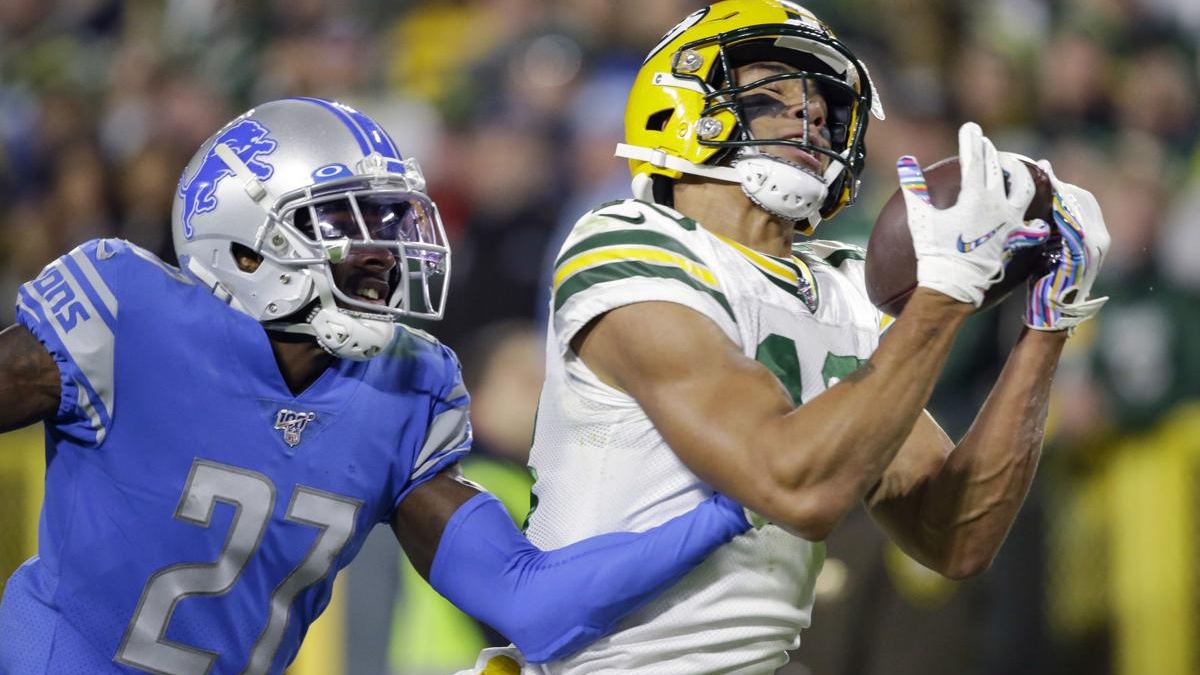 The season is really flying by as we are only four weeks away from fantasy football playoff time. It's time to shore up those fantasy squads to make that championship playoff run. Hopefully, you are still in the playoff picture in your respective leagues because it's time do to whatever it takes to get in the playoffs. Remember even if you are a couple of games out, don't give up because you can still make it by making a trade or two to get you there or pick up the right player to give you the push you need. Here are this week's Preemptive Strike players that will hopefully get you to the promise land. 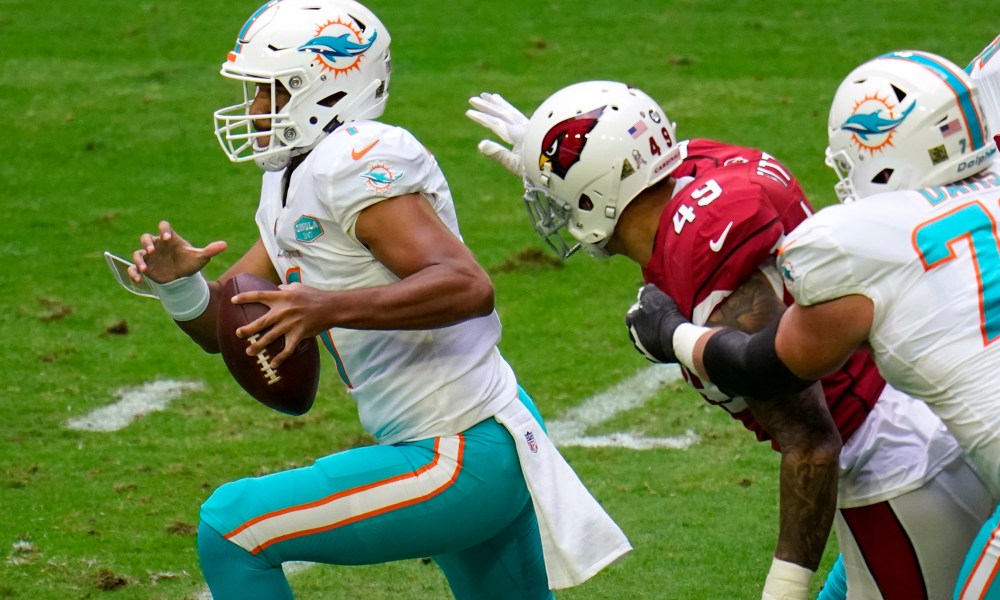 This may be your last chance to grab Tua Tagovailoa for that playoff run. Tua Time is available in 45% of Yahoo leagues so after this week's game, he is sure to be gone in most leagues if he is not already. Starting this week Tagovailoa will play against three consecutive teams that are in the top 10 in allowing the most fantasy points to quarterbacks this year (Chargers(4th), Broncos(9th), Jets(8th). Now that looks pretty enticing, doesn't it? Furthermore, the games after that will all be potential shootout games between the Bengals, Chiefs, Patriots, and Raiders. Add him while you can especially if your starting quarterback has a bye coming up in the next few weeks. 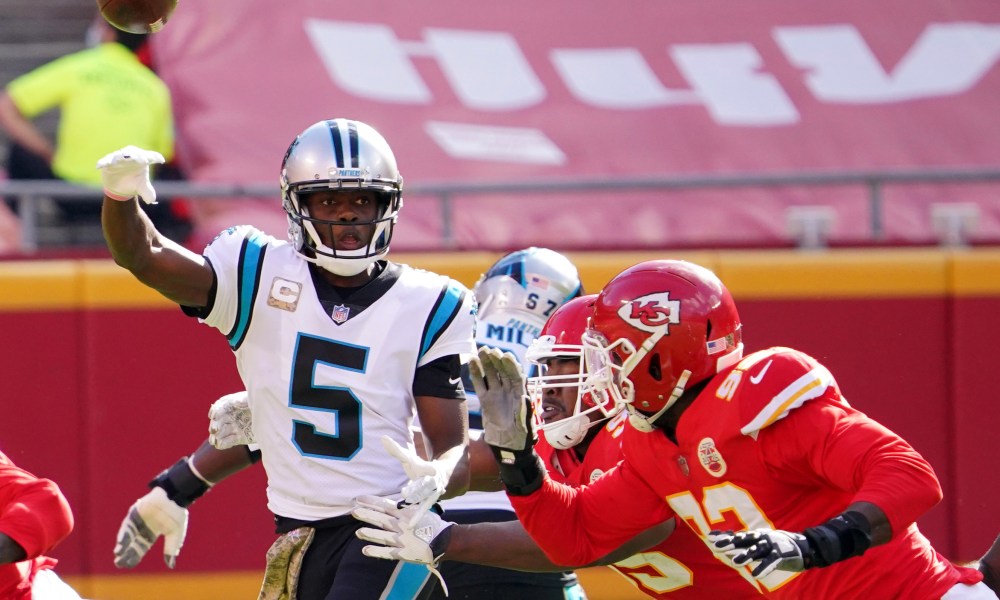 Teddy Bridgewater is coming off a performance that illustrated what he can do when he has all the pieces in place in offense, including Christain McCaffrey who returned to the line-up last week. Bridgewater almost upset the Chiefs at Arrow Head last week with his 310 yards passing and two touchdowns outing. Even though CMC is sitting out this week's contest Bridgewater's arm will be needed to keep up with a pissed off Tom Brady and Buccaneers squad who got embarrassed last week versus the Saints in prime-time. After this week Bridgewater has a couple of favorable match-ups against the Lions and Vikings that should produce a very positive fantasy outcome for his fantasy owners.

Derek Carr, Las Vegas Raiders - Derek Carr has four match-ups in the second half against teams that are in the top 10 of fantasy points allowed for quarterbacks. Carr is an excellent second quarterback to have for the stretch run that can be played if your starter has a tough match-up. He should be owned in 12-team leagues.

Drew Lock, Denver Broncos - Over his last two games, Drew Lock is averaging 280 yards and has totaled six touchdowns. Lock has a few favorable games in the second half and is another quarterback that can be started if your starter has a bye or has been underperforming.

Alex Smith, Washington Football Team - In two-quarterbacks leagues how could you not add Alex Smith after last week's performance. The comeback player of the year will only get better as the season progresses. 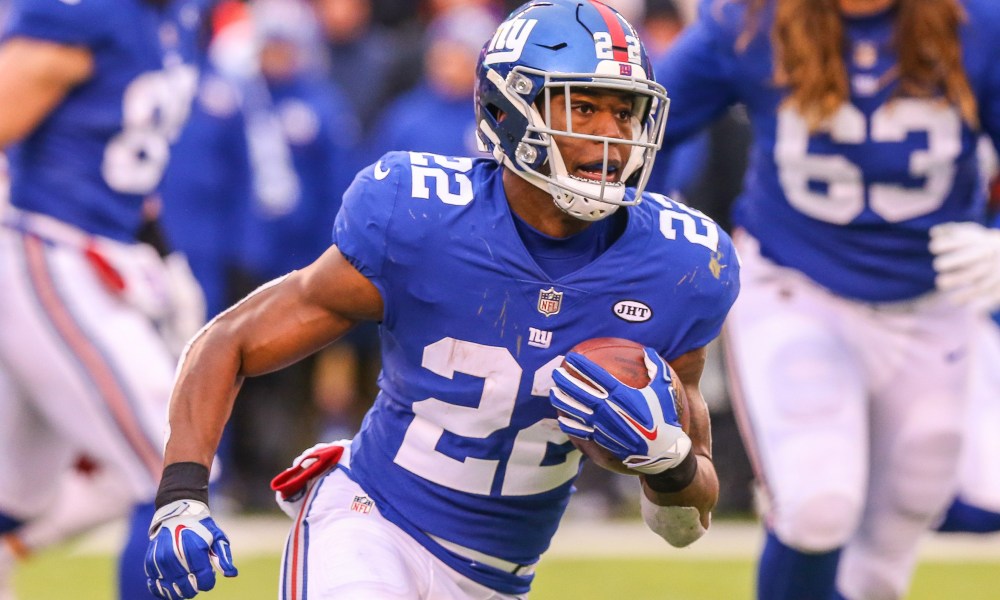 I can't believe I just said Wayne Gallman, please somebody pinch me because I must be dreaming. With the breaking news that Devonta Freeman has been placed on injured reserve, Gallman will be in-line for additional work moving forward. Over his last three weeks, Gallman has produced double-digit fantasy points averaging close to 15 points a game as he has been the unquestioned goal-line back scoring in all three contests. Though Alfred Moris has seen his share of carries, it's been Gallman who has garnered the greater share of the touches. For deeper leagues, Gallman may be a good player to have as a flex option with byes coming up in the next few weeks.

The pickings may be slim at running back in most leagues as the majority of good backs are already rostered, but if there's a running back to target in the waiver wires specifically in deeper leagues it could be Matt Breida. Prior to missing last week's game versus the Cardinals with a hamstring injury, Breida was already starting to get some additional touches in the offense and cutting into Myles Gaskins's passing work game. With Gaskins currently sitting on the IR list and if Breida is active this week, Breida may be a pleasant surprise for fantasy managers in PPR league formats. If Breida is ruled out a couple of other names to look at in the Dolphins backfield is DeAndre Washinton who was just traded for last week from the Chiefs or rookie running back Salvon Ahmed who made some nice plays last week en route to seven rushes for 37 yards. The Dolphins' running backs have several favorable match-ups moving forward so whichever running back establishes themselves as touches leader might be a league winner.

DeeJay Dallas, Seattle Seahawks - With Chris Carson and Carlos Hyde out once again, DeeJay Dallas is a must-add in all leagues. Dallas should have a greater impact over Travis Homer whom he will be splitting touches with until Carson returns.

Cam Akers, Los Angeles Rams - Though the Rams backfield has two capable starting running backs ahead of Cam Akers, I would stash Akers on my bench because Akers has the potential to be a league winner. Both Malcolm Brown and Darrell Henderson tend to get nicked up and Akers is definitely a lottery ticket waiting to get cashed in.

Boston Scott, Philadelphia Eagles - Miles Sanders is set to return this week for the Eagles but as we have seen Sanders has not been a pillar of great health season. Boston Scott should be owned in all leagues because he has already proven if given the chance he can produce without Sanders in the line-up.

Tony Pollard, Dallas Cowboys - Even though Cowboys' offense will be a bottom half producing team Tony Pollard has value in deeper leagues as Ezekiel Elliot's insurance policy

Kalen Ballage, Los Angeles Chargers - Kalen Ballage has come out of nowhere to force the Chargers into a three-man running back by committee. Ballage can be added to RB needy teams in all leagues as a speculative add.

The receiver you must check to see if they are still floating around in your waiver wire is Allen Lazard. Aaron Rodgers's number two receiver is nearing his return from Injured Reserve and is a game-time decision for Week 10. Lazard suffered a core injury earlier in the season and has been been on the IR ever since. Before getting injured Lazard had a breakout game with six receptions for 146 yards and a touchdown. Lazard should be added to all league formats sooner rather than later. If you need a receiver for the fantasy playoff run, Jakobi Meyers may be the receiver to target the most. Meyers had an unbelievable performance on Monday Night as he was targeted an astonishing 14 times by Cam Newton and brought in 14 receptions for 169 yards. Looks like Newton has found his go-to receiver in the Patriots offense. The previous two games prior to last week's explosion Meyers had been targeted 16 times in total for those contests. Meyers has taken advantage of the absences of Julian Edelman and N'Keal Harry and looks like he may be here to stay. This week Meyers has a tough match-up versus the Ravens this week but after that, he has a couple of favorable match-ups against the Texans and Cardinals leading up to the fantasy playoffs. Meyers should be added in all league formats.

Tim Patrick, Denver Broncos - Tim Patrick is healthy again and he can be started as a flex play in deeper leagues. After missing a week due to an injury Patrick returned to a nine target game as one of Drew Lock's prime targets. Add him if you have the space in 12-team or deeper leagues

Darnell Mooney, Chicago Bears - Darnell Mooney's role as the Bears number two receiver, continues to grow in the offense. Mooney has a bye in Week 11 but he has favorable match-ups in the playoffs and is another deep league option to add.

Breshad Perriman, New York Jets - Breshad Perriman is the Rodney Dangerfield of fantasy football as he gets no respect from the fantasy community. He just caught five receptions for 104 yards, and two touchdowns and is still just eight percent owned in Yahoo leagues. Perriman when healthy has shown flashes and he should be added in all leagues now while he's on bye.

Richie James, San Francisco 49ers - Another receiver not receiving any love is Richie James who blew up last Thursday Night for nine receptions, 184 yards, and a touchdown. Several beat writers are reporting that James has earned a larger role going forward. Add the wideout accordingly if you have space on fantasy rosters.

Denzel Mims, New York Jets - Ever since Denzil Mims came off the IR list, the rookie has been part of the game plan. In two of his three games, Mims was targeted seven and eight times and scored over 10 fantasy points for the first time just before the bye.

Josh Reynolds, Los Angeles Rams - The wide receiver three in the Rams offense has scored double-digit points in two of his last three outings. Josh Reynolds is an injury away from getting an uptick in targets and could be added in 14-team or deeper leagues. 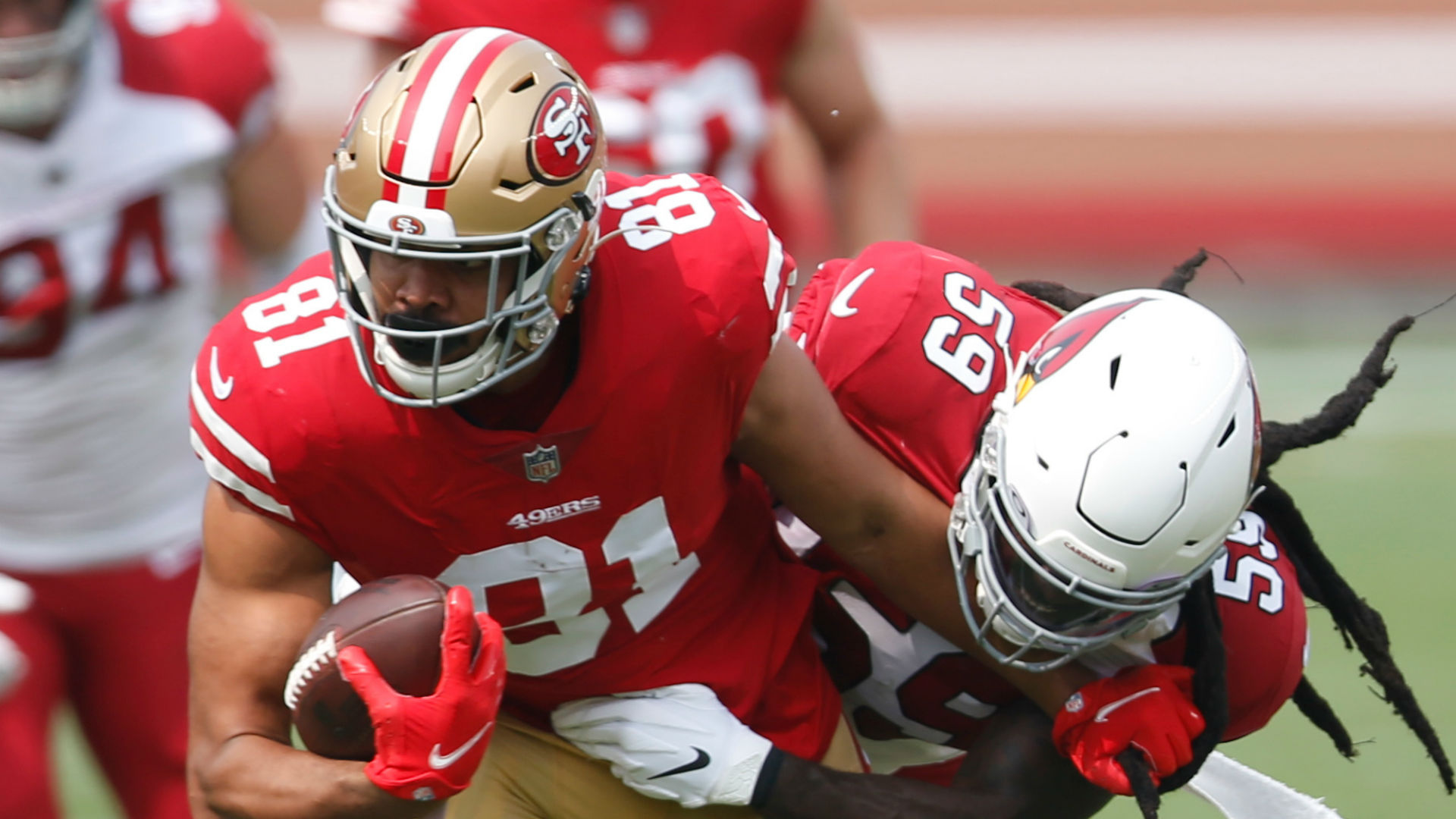 Jordan Reed's first game back from the IR was definitely was not memorable since he only had one reception for three yards. Reed was in fact in a limited snap count last week due to his injury history, but fantasy managers should expect an expanded role moving forward with George Kittle on the IR for possibly the rest of the season. If Reed can stay healthy, the tight end will be a great find for tight end needy fantasy teams because starting in Week 10 the Reed has a few favorable match-ups leading to the playoffs. Reed does have a bye in Week 11 but should still be added to 12-team leagues.

Logan Thomas was targeted six times by new starter Alex Smith. Thomas did not have much to show for it but the looks are a positive sign for the rest of the season. Smith should be able to unlock more of Thomas's potential with the tight end being an intricate part of the offense. Logan is a consistent TE2 and should be added in 12-team or deeper leagues.

Dalton Schultz, Dallas Cowboys - Dalton Schultz has basically been kicked to the curb like last week's trash, but fantasy managers in deeper leagues should still have him rostered. Dalton has averaged close to 10 points over the last couple of games.

Irv Smith Jr., Minnesota Vikings - Well I have some bad news and good news for Irv Smith Jr. The bad news is that Smith has been ruled out this week with a groin injury. The good news is you can stash him on IR since he's out in deep leagues and have them for the second half of the season with several favorable match-ups.