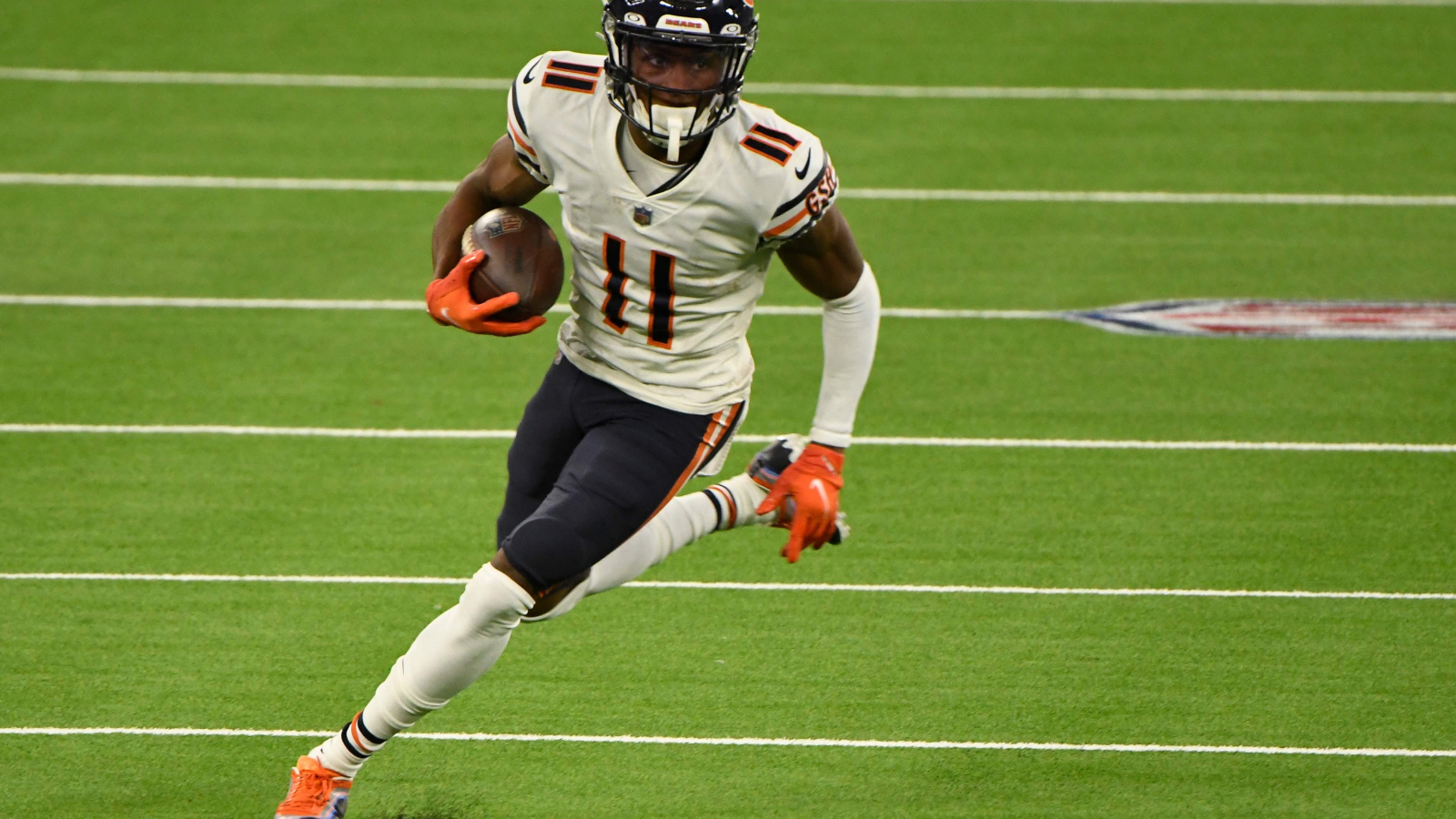 This week we have a quick-hitting edition of Preemptive Strike. Hopefully, I can give you some players to add prior to next week’s waiver wire rush and right from under your league mates’ noses. Here we go!!!!

Check to see if these quarterbacks are available in your waiver wire: Carson Wentz 70% rostered, and Matt Ryan 66% rostered,

Due to bye this week Justin Fields’s roster percentage has fallen to 25%. Grab him now while you can as he should be in store for breakout second half.

Justin Fields had more high-level throws on MNF than any rookie has had in a single game this year pic.twitter.com/9y6JvJFLw7

Teddy Bridgewater has all his weapons back and will be on a bye in Week 11, but after that, he should average 20 plus fantasy points the rest of the season.

The dual-threat quarterback is on a bye this week but Daniel Jones could be in store for some shootouts in the second half of the season.

For two-quarterback leagues and deeper leagues, Cam Newton is BAAAAACK!!!! Sam Darnold may be done for the year and Newton will have his chance to get his groove back in Carolina.

Mike White is trying to make it a quarterback controversy in New York. White has taken advantage of Chad Wilson’s missing time with his injury, and to be honest, has looked better in this offense.

Although Rhamondre Stevenson is currently in the concussion protocol, he could have a chance to play in Week 10 and be an impact player this week and for the second half of the season.

Patriots’ RB Rhamondre Stevenson, listed as questionable for today due to a concussion, is expected to play vs. the Browns, per a league source.

If you looking for a flyer in deeper leaguers, D’Onta Foreman could be a player to add. Titans are in full running back by committee mode with Derrick Henry out, and he’s splitting early-down touches with Adrian Peterson.

Displaying on the fantasy radar this week is J.J. Taylor, with Damien Harris and Rhamondre Stevenson questionable this week. Harris and Stevenson are currently both in the concussion protocol.

Elijah Moore has had three consecutive double-digit fantasy point outings including his breakout performance last week with seven receptions for 84 yards and two touchdowns. He has a couple of tough match-ups with the Bills and Dolphins, but after that could be in store for some productive games.

With Robert Woods out for the rest of the season with a torn ACL, Van Jefferson will get a chance to make some plays while Odell Beckham Jr. gets acclimated with the offense.

Robert Woods was targeted 70 times this season, tied for 15th in the NFL entering Week 10. Those targets now will spread amongst players such as Odell Beckham Jr. and Van Jefferson Jr.

Darnell Mooney is on bye this week and could be swimming in your waiver wire pool. Add him now if you can. He is looking like one of Justin Fields’ favorite targets so far.

In wake of Odell Beckham Jr. being waived by the Browns, it appears that Donovan Peoples-Jones is the wide receiver to own in this offense.

Donovan Peoples-Jones has a perfect 158.3 passer rating when targeted on 20+ yard throws 🚀 pic.twitter.com/xGHHXpUeIq

With Antonio Brown injured and Chris Godwin, not 100%, Tyler Johnson is a name to add if you are in a deeper league, dynasty league, or even in a desperate spot. Tom Brady has looked his way and gave the receiver six targets prior to their bye last week.

Check to see if these tight ends are available in your waiver wire: Pat Freiermuth 61% rostered, Dawson Knox 73% rostered, and Logan Thomas 54% rostered.

Dan Arnold has been one of Trevor Lawrence’s favorite weapons this year since being acquired by the Panthers during the season. Arnold has been targeted early and often over the last four games and has averaged 7.5 targets a game.

Evan Engram has had three consecutive double-digits fantasy point games and is on a bye.  Engram is a tight end to add for those in desperate need of a tight end.

Since Fields has taken over as quarterback, Cole Kmet’s target share has steadily risen. Being the Kmet is on a bye this is a great opportunity to add him now before your league mates do.

Titans Defense 58% rostered: Next week the Titans get the pleasure of facing the Texans.

Panthers Defense 30% rostered: In Week 11 the Panthers take on the Football Team at home.

Dolphins Defense 25% rostered: Although they already played this week, keep the Dolphins in mind as they play the Jets next week.

If you would like to discuss this further or have any fantasy questions you may reach me on Twitter at @smooth1074.