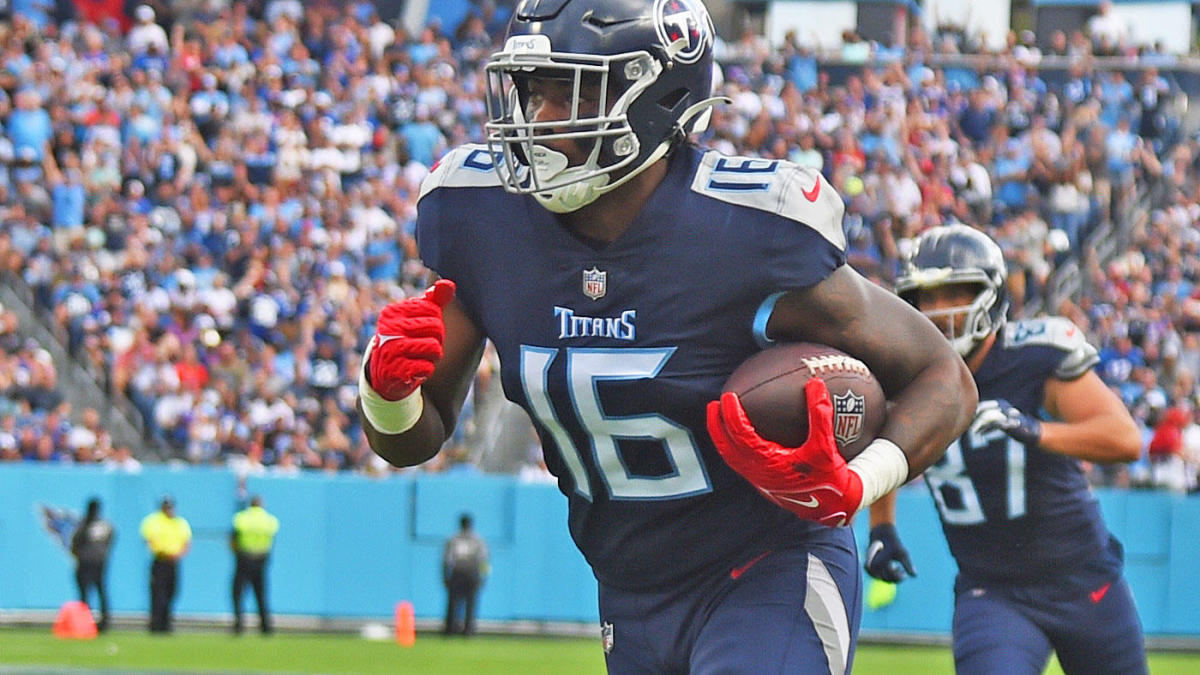 As Maarva from Andor said best, "That's what a reckoning sounds like". That reckoning is that fantasy playoffs closing in on us. As we continue to position ourselves for a playoff run, we still have byes to get through. This week there are four teams on bye (Bengals, Ravens, Patriots, and Jets). Like always the 'Preemptive Strike' player list will focus on giving you some players to add or stash while providing some bye-week options depending on your league size and needs. It's time to open up a nice cold adult beverage relax and let's see what players you can add this week before your league mates try to add them next week.

Good luck out there w/ your fantasy quarterback.

The pickings are very slim at quarterback heading into Week 11. Be sure to plan ahead and check if any of the quarterbacks mentioned above are available. But if you are in a deeper league, especially a two-quarterback or Superflex league you may want to add Carson Wentz as he is slated to return next week from Injured Reserve (IR).

A deep-league streaming option for Week 11 may be Davis Mills. It looks like Mills may get his WR1 Brandin Cooks back this week after he was out last week for pouting about not being traded. This will help open things up for the offense. There are also reports that Nico Collins may return this week as well from his groin injury. Although this offense has been the Dameon Pierce show, it's looking like the passing game may be pointing up going forward.

Davis Mills WITH A DIME on the opening drive 🎯

As the weeks go by Deshaun Watson’s roster percentage continues to rise. If you’re looking for a quarterback option in the fantasy playoffs grab Watson now before it’s too late.

#Browns Andrew Berry said Deshaun Watson will start the 1st game he's eligible, Dec. 4th in Houston vs. #Texans, even though Jacoby Brissett has been 'everything we hoped when we signed him'

Although Melvin Gordon is still the starting running back for the Broncos, the addition of Chase Edmonds via trade from Miami is intriguing. If you have an open roster spot Edmonds is definitely a running back to add to see how he will be integrated into the offense, especially in PPR leagues. In Week 11, Edmonds gets the opportunity to play against the Raiders who allow the fourth-most fantasy points to running backs in 2022.

How do Nyheim Hines & Chase Edmonds fit on their new teams? Looked through the rushing/receiving EP & FPOE at the team & player level for their respective offenses.

Here’s your last chance to add Kyren Williams for free. Coach Sean McVay has already confirmed that Williams will be activated this week. The only running back in front of Williams is Darrell Henderson who has been known to get nicked up in the past. The running back should be added in 12-team leagues.

Henderson: starter that McVay has been actively trying to replace the last few years.

Alexander Mattison is the ultimate Dalvin Cook insurance policy. At this point of the season, you want to add any lottery tickets available, especially Mattison who has proven he can be a bell cow in the past whenever Cook has missed time due to injury. Cook does tend to get nicked up later in the season. Mattison should be rostered in all league formats.

As mentioned by Michael Chasco in one of our recent articles, FC Fantasy's Question of the Week: Who you Buying? Rachaad White is another RB2 waiting in the wings. Even though Leonard Fournette is king in this backfield, White still maintains fantasy relevance by being a PPR flex play, in deeper leagues. White is on a bye next week, but when he returns to action for Week 12 White will have a juicy match-up against the Browns who are allowing the sixth most fantasy points to running backs this season.

Fournette has 60 or less total yards in three straight games

And has been extremely frustrated with his usage

Fournette is becoming an easy fade

Another running back that is a mere Najee Harris injury away from major playing time is Jaylen Warren. Warren has shown glimpses of making big plays and just needs more touches to be a major factor down the stretch for the Steelers and fantasy managers. Warren is a nice running back to stash in deeper leagues that may be useful as a flex in heavy bye weeks in PPR leagues.

With Mecole Hardman ruled out this week with an abdomen injury, Kadarius Toney will get some extra looks this week for the Chiefs. If he is still available in your league add him now because this may be the last chance you have of getting this game-breaker for the stretch run.

The final injury report of the week is now out and the Chiefs have listed Mecole Hardman as out for Sunday's game against Jaguars.

Jerick McKinnon is questionable with shoulder and knee injuries.

The rumor mill is cranking up for Odell Beckham Jr. being ready to go, and set to return from his ACL injury. The most intriguing thing surrounding Beckham Jr. is that he is a free agent and can sign with whichever team he wants. The teams that are speculated of having an interest in the talented wide receiver are the Cowboys, Rams, Bills, and Ravens, just to name a few. If you want to get ahead of when news breaks that he has signed with a team add him now so he can be on your roster before your league mates even search for him.

After getting a much-needed bye last week, look for Michael Gallup to start being implemented more into the offense after getting some extra time to practice with Dak Prescott. Gallup is the third or fourth receiving option behind CeeDee Lamb, Dalton Schultz, and even Tony Pollard, but he is still worth an add as this offense is sure to heat up in the second half of the season.

After the craziness has settled down from the Kadarius Toney trade and having a bye, Wan’Dale Robinson's roster percentage has fallen significantly. This offers an opportune time to add the talented rookie. Robinson is still the Giants' WR1 and will surely be involved in the offense for the rest of the season. Coach Brian Daboll will look to find different ways to get Robinson touches. He should be rostered in all league formats.

Treylon Burks has just been activated from IR so stop reading this and add him now. Since he has been on IR no other Titans wide receiver in this roster has shown a single blip on the fantasy radar. Well, that’s about to change with Burks ready to rock'n'roll. Burks is worth an add in all 10 to 12-team leagues.

If you are looking for a wide receiver to stash in a deeper league IR spot for later in the season, Jameson Williams is your man. Coach Dan Campbell stated earlier this week that Williams will return in early December.

Isaiah Likely has shown that he can be counted on in this offense whether or not Mark Andrews is in the starting line-up. The level of interest in adding Likely to your roster may be contingent on Andrews's health. But with so many injuries the Ravens have on offense, they may look to have more plays with both Andrews and Likely on the field at the same time.

One of the best offensive concepts I saw in Week 9…

I am very surprised to see Cade Otton's roster percentage at only 19%. Although he may be on a bye in Week 11, Otton is worth an add for this week as he is facing the Seahawks who allow the most fantasy points to tight ends. With Otton coming off five receptions, 68 yards, and a touchdown outburst in Week 9, the rookie tight end should be considered an add in 12-team leagues to start this week.

Plays a Seattle defense who gives up the most yards to the TE.

In deeper leagues especially in tight end premium leagues, Foster Moreau is a tight end you will want to add this week. With the news breaking that Darren Waller will be on IR for the foreseeable future Moreau will be slated to be the Raiders TE1. Look for the tight end to garner five to ten targets moving forward.

After starting to make a fantasy impact earlier this season prior to injuring his eye socket, Daniel Bellinger was starting to be a reliable option for fantasy managers at the tight end. If you are weak at the position and want to be ahead of the game add Bellinger now and stash him on your IR spot until he returns later this season.

Defenses to Stream for Week 11

Baltimore Ravens Defense 67% Rostered have a favorable match-up against the Panthers.

Cincinnati Bengals Defense 31% Rosterd goes up against the Steelers who are allowing the third most fantasy points to opposing defenses.