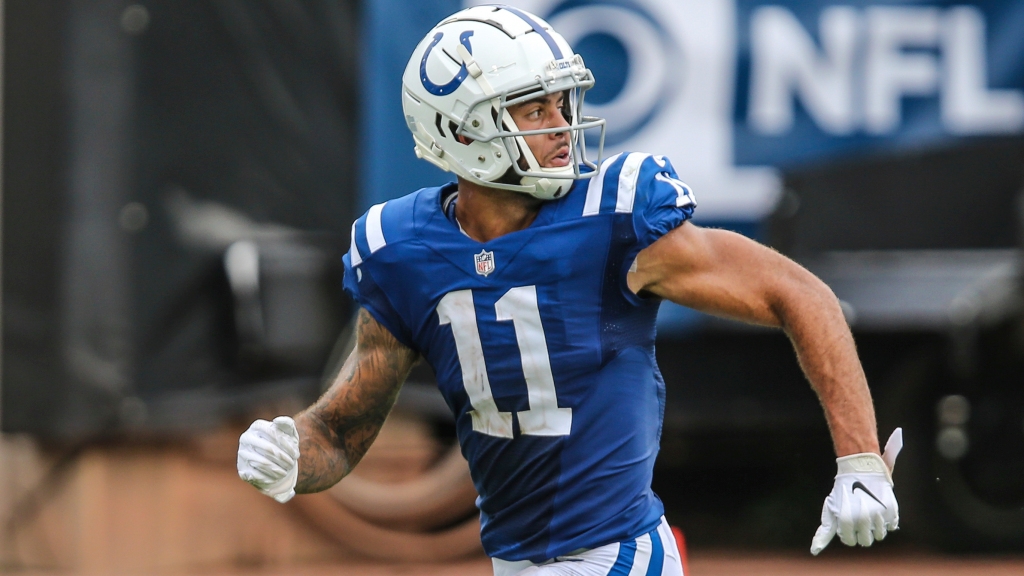 As we continue to creep closer to the playoffs it's time to start loading up your roster with as many running backs and wide receivers as possible. All it takes is an injury or a positive COVID-19 test to slingshot a second or third-string running back or wideout into being fantasy relevant and lead your team to a championship. If you have the extra roster space or even have a second quarterback or second tight end that's underperforming cut them loose so you can add a handcuff or rookie who has a chance to blow up in the upcoming weeks. Let's see if we can find some diamonds in the rough in this week's Preemptive Strike. 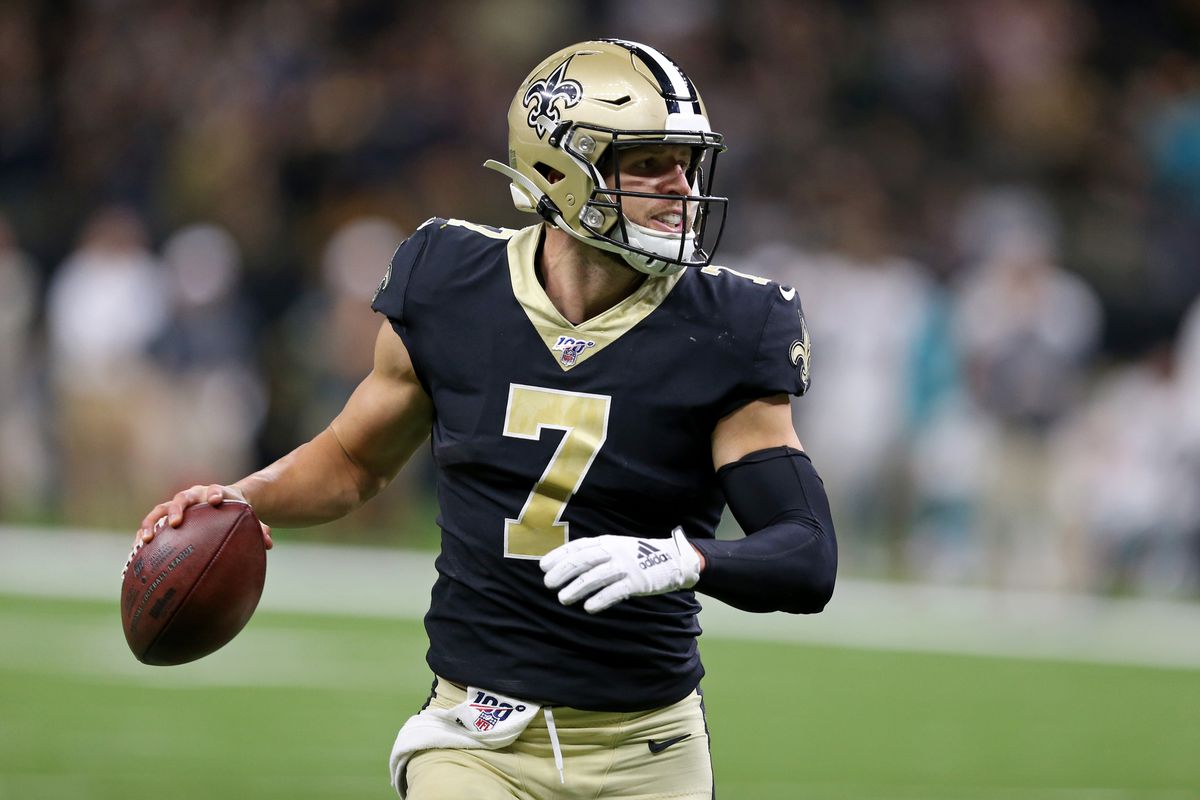 Initially, when word broke out that Drew Brees would be out for a few games due to broken ribs and a punctured lung, most fantasy managers went flocking to the waiver wire to grab Jameis Winston as his replacement. Well looks like coach Sean Payton had something else in mind by naming Taysom Hill as starting quarterback for the Saints. Hill has been mainly used as a gadget player lining up at quarterback, running back, tight end, and wide receiver. The swiss army knife will finally get his chance to start at QB. If he is available in ESPN leagues he is a must-add due to his position eligibility as a tight end which would mean you would get quarterback fantasy production from the tight end position and could be added in 12-team leagues.

Though Tua Tagovailoa and the Dolphins head to Mile High to face the Broncos, fantasy managers should consider adding the rookie for some upcoming juicy match-ups. After this week Tagovailoa has games against the Jets and Bengals who are both ranked fifth and seventh teams in allowing fantasy points to quarterbacks. If your starter has an upcoming bye week or is not providing the fantasy production you need Tagovailoa may be the option you need to get to the playoffs.

Teddy Bridgewater, Carolina Panthers - The Panthers have listed Teddy Bridgewater as questionable for Week 11 and are holding out hope that their starting quarterback can play after suffering a knee injury last week. If Teddy B is indeed active he's an excellent addition for this week and has another favorable match-up next versus the Vikings before the Panthers have a bye in Week 13. Should Bridgewater ended up being ruled out, P.J. Walker would be a desperation play in deep two-quarterback/super-flex leagues.

Kirk Cousins, Minnesota Vikings - Kirk Cousins is facing the Cowboys who allow the eighth-most fantasy points to quarterbacks this season and should be considered as a streamer worthy option for this week. Cousins has been averaging 252.8 yards and 2.2 touchdowns over his five contests.

Daniel Jones, New York Giants - Though Daniel Jones is on a bye this week, fantasy managers whose starter may have an upcoming bye or has tough match-ups coming up, Jones is an option to add now because he has favorable match-ups all the way through the semi-finals.

Alex Smith, Washington Football Team - After back-to-back 300+ yards performance since taking over as the starter for the WFT, Alex Smith should be garnering fantasy managers' attention in 12-team leagues. Smith has three favorable match-ups the rest of the way and could be a spot start for fantasy managers in a bind. 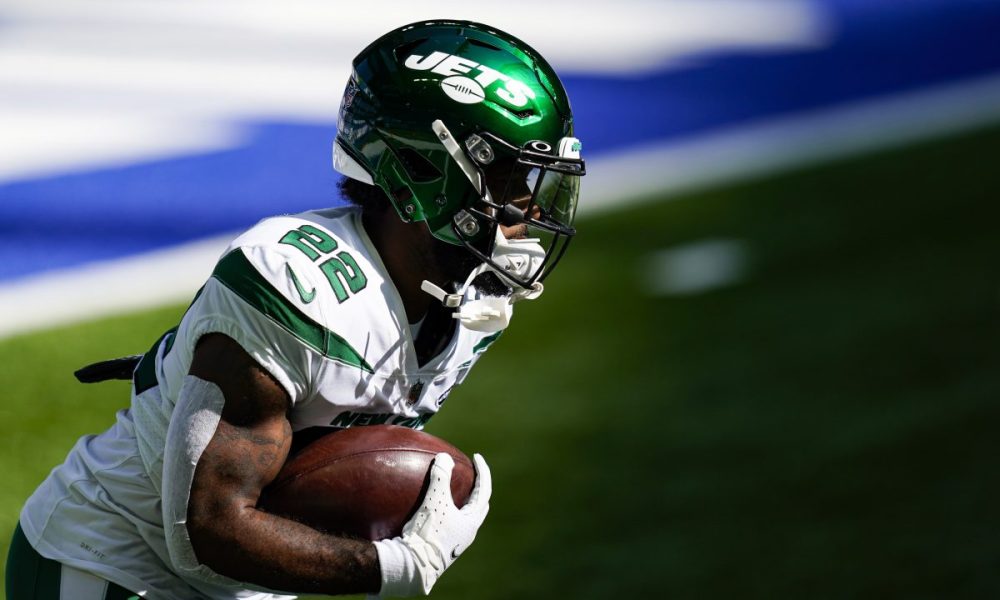 I'm not sure that trusting anything that Coach Adam Gase has to say is a good idea at this point, but when you are desperately looking for a running back to stash in your bench maybe fantasy managers should take a chance. So according to reports, rookie running back La'Mical Perine will be the featured running back for the remainder of the season. Being owned in only 33% of Yahoo leagues, Perine is a perfect stash for fantasy managers in all league formats heading to the playoffs and should be added now for free before you have to pay next week during waiver wire rush time.

Another rookie running back to add for the end of your benches is Cam Akers. Since retrung to the lineup after missing some time with an upper chest/rib injury, Akers has steadily seen his touches increase as the weeks progress in the season. Last week Akers had the most carries of the trio of running backs that are manning this Rams' backfield. There are some reports stating that the second-round draft pick should be seeing an increasing role for the rest of the season. This week Akers has a really tough match-up against the Buccaneers run defense but if you're a forward-thinking fantasy manager with the eye on the prize Akers should be added in all league formats if you have the roster space.

Boston Scott, Philadelphia Eagles - Miles Sanders insurance policy with some stand-alone value. Boston Scott is a must-add in 12-team leagues especially if you are a Sanders owner.

Matt Brieda, Miami Dolphins - Matt Brieda might have missed his chance in taking over the Dolphins backfield due to Salvon Ahmed's play, but at least he is finally healthy and could be worked into the line-up. Speculative add in deeper leagues.

Malcolm Brown, Los Angeles Rams - Another Rams' running back to stash in 12-team leagues is Malcolm Brown. Last week proved that Brown is the main goal-line back and he can produce when called upon by rushing six times for 33 yards and two touchdowns.

Devontae Booker, Las Vegas Raiders - Devontae Booker is a Josh Jacobs injury away from becoming a possible RB2 for fantasy managers. Last week he posted 16 rushes for 81 yards and two touchdowns during the Raiders blowout win.

Samaje Perine, Cincinnati Bengals - With Joe Mixon on injured reserve could be in line for more touches moving forward. Has rushed 17 times for 80 yards and a touchdown over the last weeks. Speculative add in deeper leagues.

After limiting Michael Pittman Jr.'s snap count in his first game back from IR in Week 8. Pittman has seen an increase in usage over the last two games with him averaging 7.5 targets. Last week he blew up for seven receptions and 101 yards which should be a demonstration of things to come. The rookie has already surpassed T.Y. Hilton as the Colts number one wide receiver in the offense and should be added in all leagues for the stretch run. 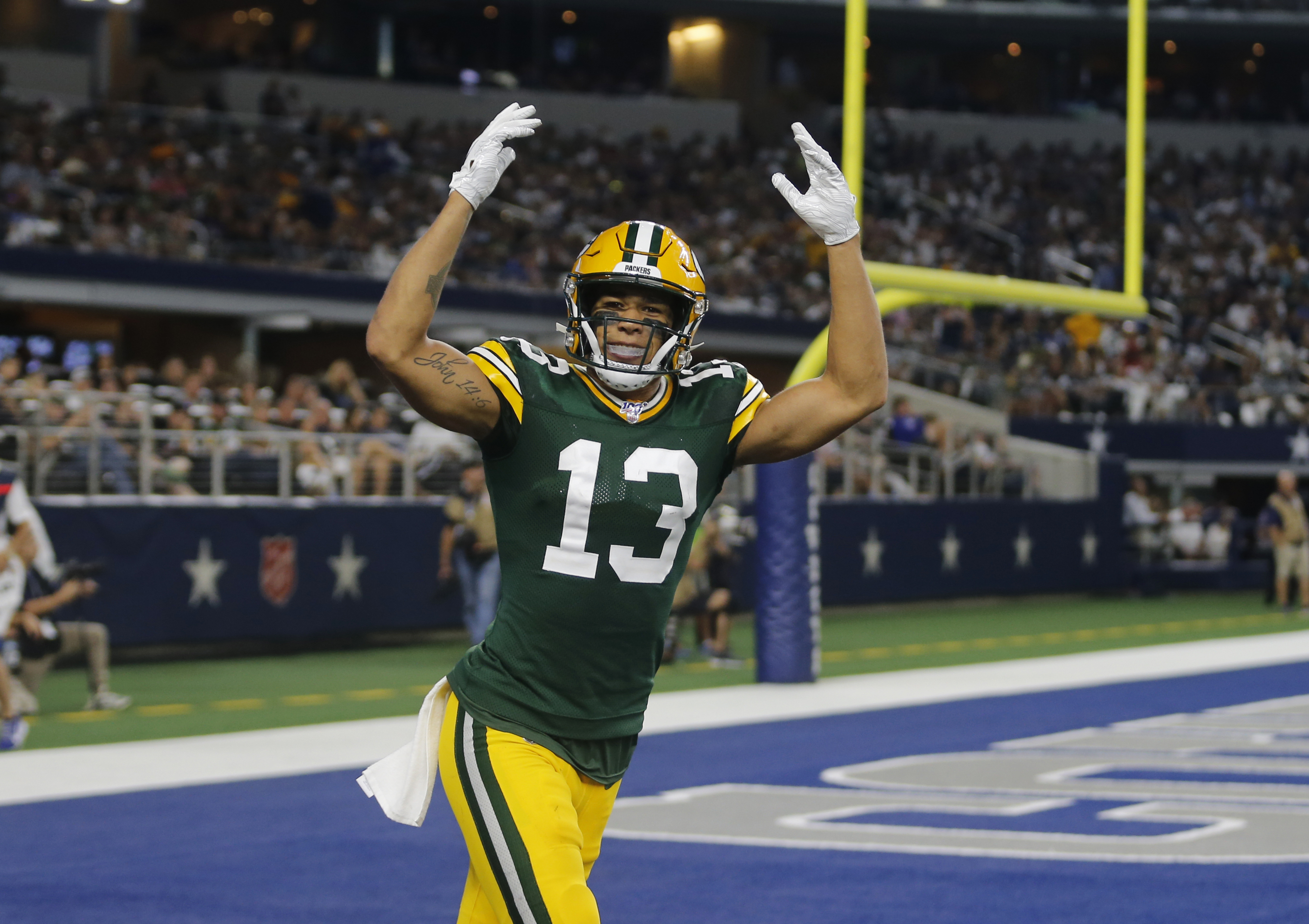 Allen Lazard is inching closer to finally getting back into the Packers line-up as he is a game-time decision this week. Lazard has been on IR after Week 3 when he exploding for six receptions for 146 yards and a touchdown with a core injury. If he does play this week I would leave him on fantasy benches as he is sure to be limited and the Colts defense is top-notch. Lazard should be added in all league formats.

Sterling Shepard, New York Giants - If Sterling Shepard was dropped because he is on a bye this week, fantasy managers should really consider adding the wideout as he is PPR fantasy monster and can be started as a WR3 or flex play moving forward.

Breshad Perriman, New York Jets - The last time we saw Breshad Perriman he was torching the Patriots defense with five receptions for 101 yards and two touchdowns with Joe Flacco behind center. Coming off the bye Flacco remains the starter which should be good news for Perriman. The Jets will be down early and often for the rest of the season so he will be and able to get plenty of opportunity going forward and should be added prior to this week's favorable match-up with the Chargers who are allowing the eighth-most fantasy points to quarterbacks this year.

K.J. Hamler, Denver Broncos - K.J. Hamler has seen double-figure targets over the last two games for the Broncos and is averaging 11.86 fantasy points in PPR leagues and is an option for fantasy managers too add in deeper leagues.

Zach Ertz is available in 55% of Yahoo leagues coming into this week which is astonishing. Ertz has been on IR since Week 7 and is nearing his return. The All-pro tight end has been Carson Wentz's favorite target over the last several years and can be added in all leagues to be stashed away in your IR spots until he is activated. He could be of great use for tight end needy fantasy teams in the upcoming weeks.

Dalton Schultz, Dallas Cowboys - Dalton Schultz continues to get targeted in the Cowboys offense no matter who's behind center. Schultz has averaged 7.5 targets over his last two contests and is an option to add for deeper leagues and tight end premium leagues.

Jordan Reed, San Francisco 49ers - Jordan Reed would be first on this list if it were not for the Niners being on a bye this week. Last week he got involved in the offense cashing in with five receptions for 62 yards. Reed should be added in all leagues formats as he will be a fixture in the offense for the rest of the season and for as long as his health can hold up.

Kyle Rudolph, Minnesota Vikings - For those managers in really deep leagues and need a tight end streamer for the week Kyle Rudolph may be the player you're looking for. With Irv Smith Jr. still nursing a groin injury and likely to be ruled out for the week, Rudolph will be in line to see all of the tight end targets this week. Last week with Smith out Rudolph produced four receptions for 63 yards in the Vikings' victory over the Bears.