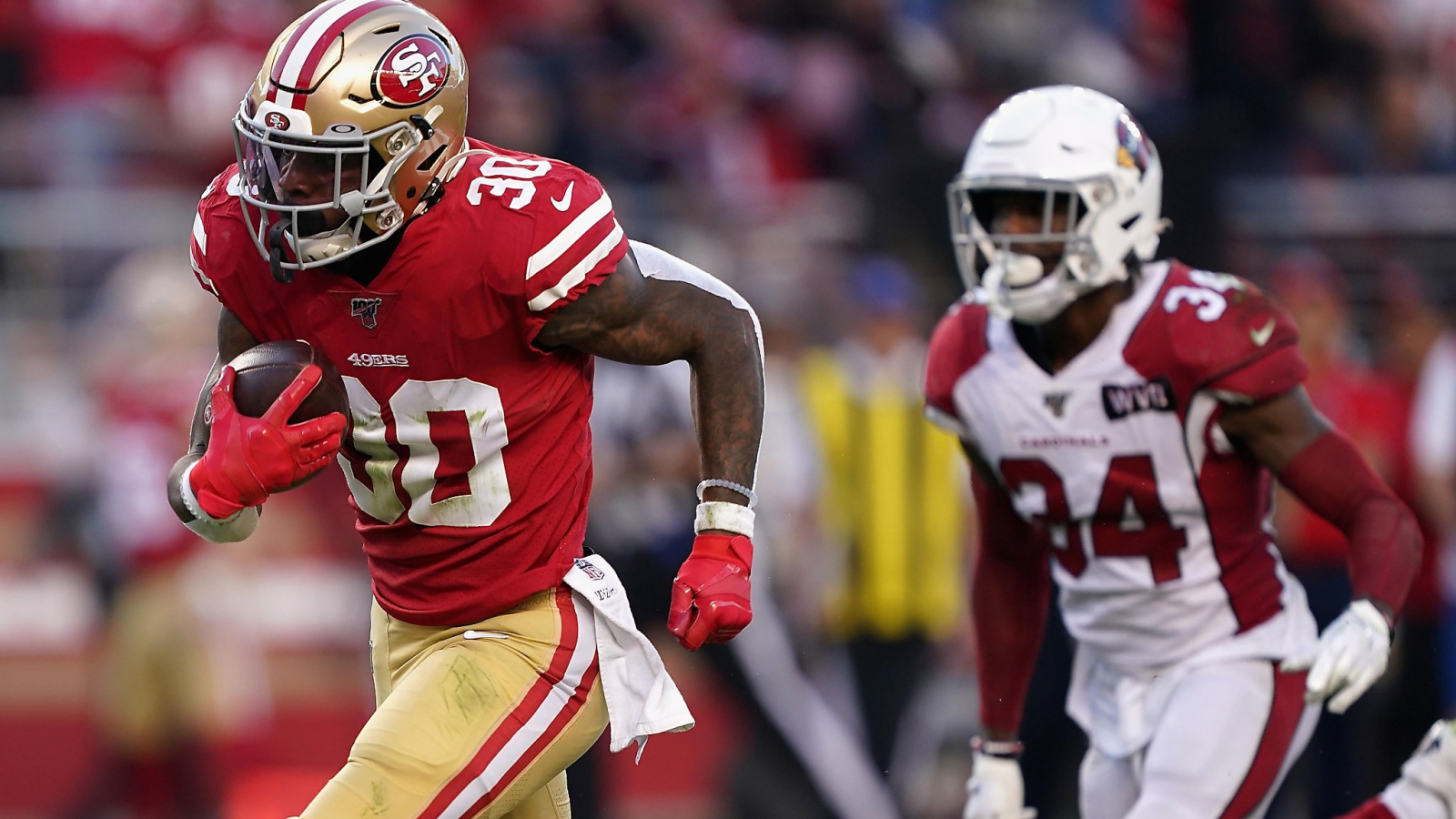 As we reach the midpoint of the season it’s time to start thinking long-term with our Preemptive Strikes. One always has to be aware of when a player’s bye is but with the second half of the season looming upon us fantasy managers may want to take a look at possible upcoming bad match-ups, especially in the fantasy playoffs. This week I will focus on listing some players that will be helpful for upcoming games or have an opportunity to have their role increase for the rest of the season.

After Trevor Lawrence plays the Bills this week, the rookie quarterback will have favorable match-ups in five of his next six games. Not only will Lawrence make plays with his arm, but he will also have the opportunity to get fantasy manager points on the ground as well. Lawrence should be added in 12-team leagues.

Although the Saints have named Trevor Siemian the starting quarterback, it is only a matter of time before Taysom Hill takes over. If Hill had not suffered a concussion in Week 5 he’d be number one on this list. If you recall last year when Drew Brees got injured Hill provided plenty of high-scoring fantasy games. Hill is another dual-threat quarterback to add in 12-team leagues.

If you are looking for a long-term answer at quarterback Justin Fields may be the one you are looking for. This week Fields battles the Steelers in Pittsburgh on Monday Night Football and he has a bye in Week 10. After that Fields is projected to score at least 24 fantasy points per game for the remainder of the season, making him an excellent quarterback to add and hold in 12-team leagues.

Daniel Jones will be on a bye in Week 10, but after that four of his remaining seven games will be against teams ranked in the top-14 teams in fantasy points allowed to quarterbacks. So look to add Jones in 12-team leagues.

Jeff Wison Jr. has finally been activated from injured reserve in time for the 49ers Week 9 contest with the Cardinals. Over the last couple of years, Kyle Shannahan has shown much love for Wilson by inserting the running back in the line-up and Wilson has come through time and again with consistent performances. I’ve been recommended to stash Wilson in one of your IR spots for weeks now but if you haven’t, add him now before it is too late.

Who in the blue hell is Derrick Gore. That’s what many fantasy managers were saying after Gore’s performance on Monday Night Football. They gave the running back 11 carries and he produced 48 yards and a touchdown while splitting time with Darrel Williams. With no sign of Clyde Edwards-Helaire returning anytime soon, Gore is an excellent running back to add in most leagues to see how the distribution of carries goes moving forward.

His name is Derrick Gore and he just scored his first career touchdown! @Gore_D1 #ChiefsKingdom

The interest in adding Carlos Hyde will come down to the status of injured starting running back James Robinson. If Robinson is to miss a few games adding Hyde will be a high priority for fantasy managers. For now, it looks like Robinson may miss this week’s game against the Bills, which may be the reason to sit him out if you can anyway. Monitor Robinson’s status heading into Sunday’s game and add Hyde accordingly.

Now, these two running backs are for deep leagues. In the aftermath of the Mark Ingram trade, it was not David Johnson or Phillip Lindsey that gain additional touches in the backfield. It was Rex Burkhead and Scottie Phillips that had the majority of the touches last week. Both running backs are worth a speculative add to see how things shake out in carries distribution going forward for the Texans.

Check to see if these wide receivers are available in your waiver wire: Kadarius Toney 65% rostered, Hunter Renfrow 63% rostered, and Brandon Aiyuk 58% rostered.

In two of his last three games, Darnell Mooney has averaged 8.5 targets per game. Mooney must be added in all league formats.

Van Jefferson Jr. could be on the verge of a breakout in the second half of the season. Being part of one of the league’s high-scoring offenses, Jefferson has shown flashes throughout the season. If given the opportunity he can provide double-digit fantasy points for fantasy managers. If Cooper Kupp or Robert Woods suffer an injury, Jefferson’s target share would skyrocket dramatically. Fantasy managers should look to add Jefferson in 10-team to 12-team leagues.

Rashod Bateman was on a bye last week and a few fantasy managers may have dropped him looking for wide receiver help elsewhere. But all Bateman has done is receive six targets per contest since returning from injured reserve. In his last game prior to the bye, Bateman converted six targets into three receptions for 80 yards. The rookie wide receiver role is only going to grow in the offense moving forward and he should be added in all league formats. 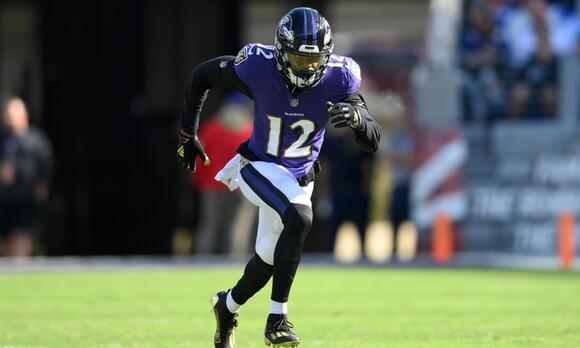 It’s put up or shut up time for the talented wide receiver. With the Raiders waiving WR1 Henry Ruggs for his off-the-field issues, Bryan Edwards has a chance to have a major role as he will be dependant on to provide much-needed help with Ruggs’s departure. Until now Edwards has averaged 4.4 targets per game, and one must assume that his target share should escalate fairly quickly for the remainder of the season. The second-year receiver is another wide receiver to add in most league formats.

With the Browns releasing Odell Beckham this week, it is going to allow someone to take advantage of extra targets being available. In 12-team leagues, People-Jones is worth adding to see if can be that player who gets the chance to convert those extra targets.

This may be your last chance to add Pat Freiemuth to your roster if you are in need of tight end help on your roster. Over his last two games, Freiermuth has had seven targets per game and produced double-digit fantasy points in those games. With Juju Smith-Schuster out for the season and Eric Ebron out with a hamstring injury, Freiermuth will continue to see plenty of targets coming his way and should be a force for the second half of the season. Look to add Freiermuth in all league formats.

Most receiving yards after contact among rookie TEs this season:

I don’t know what I am more shocked about, that Evan Engram has been the healthiest receiving option for the Giants this season or that he has produced double-digit fantasy points in consecutive games for the Giants. The Giants do have plenty of receiving options but are still having their injury issues making Engram an option to add in 12 -team leagues.

The Bengals are loaded with receiving weapons but C.J. Uzomah keeps making his presence felt in the offense. In three of his last five games, Uzomah has come through for fantasy managers with double-digit fantasy points. So if you are in a bind in deeper leagues Uzomah is a tight end to consider adding.

Another tight end that should be added in 12-team leagues is Dan Arnold. Since joining the Jaguars Trevor Lawrence has continually looked Arnold’s way. The tight end has averaged 7.7 targets per game and will be targeted for the rest of the season. Arnold is another tight end to add in 12-team and deeper leagues.

Baltimore Defense 65% rostered: The Ravens head down to South Beach to face-off against the Dolphins.

Denver Defense 52% rostered: Broncos will play the Eagles at home in Week 10.

If you would like to further discuss this or have any fantasy questions you can reach me on Twitter at @smooth1074.