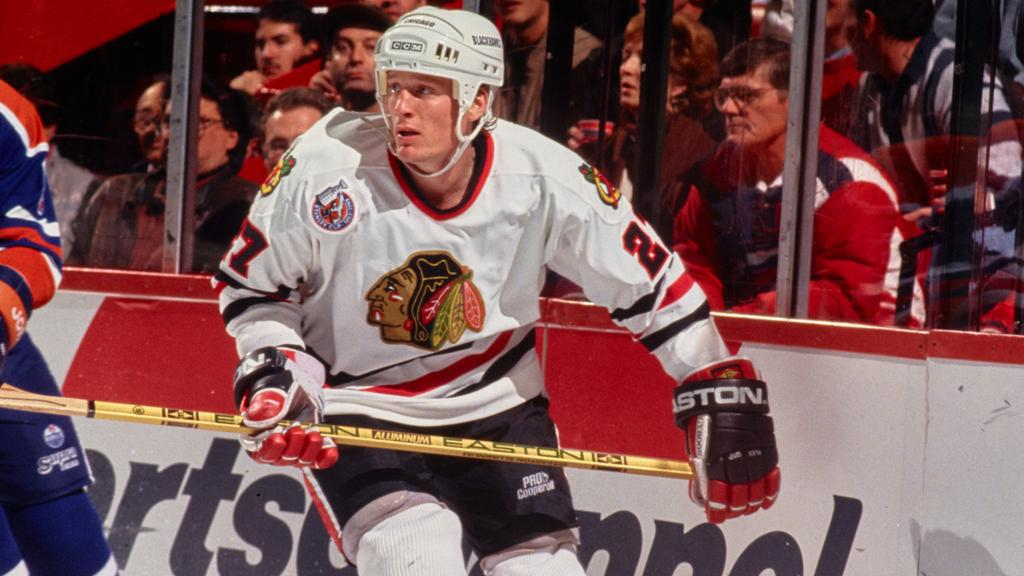 The Punishment of Longevity

As I’m sitting at my real job during a current dead period after Christmas time between the holidays, screwing off, I’m perusing over the NHL career statistical categories of goals and points.  I’ve noticed that some damn good players are still excluded from the Hall of Fame for not having the flashiest of careers but managed to hang on for 18-22 years. They may not have wooed you with Bure-esque speed or goal-scoring touch, or a cabinet full of trophies, but are still deserving of a spot, in my opinion.

Pierre Turgeon, Center – (515g, 812a, 1327p): Turgeon, the former Captain of the Montreal Canadians only has one NHL trophy in his career, a Lady Byng in the 1992/93 season, which was the best season of his career.  He threw up his only 50-goal season that year with 58 goals, 74 assists, and 132 points, and a 5th place in Hart Trophy (MVP) voting., and that was also one of his two 100-point seasons.  Anyone who knows hockey knows that the ’80s through the early ’90s were all dominated by Wayne Gretzky and Mario Lemieux in that category, so walking away with one was almost impossible, as the NHL was the wild west and full of gunslingers at a time when the defense was not always the focus of NHL teams. 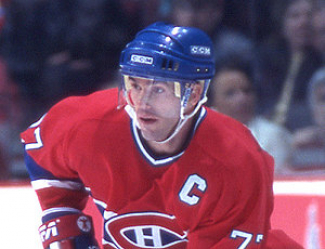 Turgeon was one of the craftiest players of his era

Turgeon currently sits 34th all-time in NHL scoring history, and I feel is being punished as the less decorated NHL player in the wild west days when scoring was at a premium, and he was unfortunately not on any Cup-winning squads or had linemates like Jari Kurri to feed the puck to and pile up the counting stats.  Pierre is the highest career scorer not in the Hall of Fame currently, and Dino Ciccarelli went through the same wait, for lack of trophies, and a few off-ice incidents that are classic.

There are many players with way fewer points and a few more trophies who beat the longevity standards that are already in the Hall of Fame in Toronto.  For instance, Joey Mullen has 264 points less than Turgeon, one more Lady Byng, but was fortunate enough to play on three Cup-winning teams.  Mullen’s best season was a 51-goal, 59 assist 110-point, 5th place Hart finish in 88/89 season.  Then there is Bernie Federko, who scored 197 fewer points, and has zero personal awards, but helped put St. Louis on the hockey map, and only played 13 seasons.   I’m not saying these fellas aren’t worthy of their spots, but Pierre Turgeon is certainly as worthy as these two examples, and the history book is full of these glaring contradictions, look at Rod Gilbert’s numbers and tell me how? Some guys just get in on name alone, or as fan favorites, and the guys who play the long haul are punished for that longevity like I’m positive that Patrick Marleau will face when his eligibility comes.

I was thinking about adding Jeremy Roenick to this next portion, but his on-air and tweeting history will keep him out for a while as his use of his First Amendment rights and free speech is probably not liked by some of the uptight voters, and before his knee injury, there wasn’t a tougher player in the NHL with that scoring ability and edge that teams need in a leader.

Well, I am going to add him now because statistically, he is the next retired player at 45th on the all-time scoring list at (513g, 703a, 1216p), which is certainly worthy of admission to this club, as with Turgeon, there are numerous players with lesser numbers in the Hall of Fame.  Zero personal awards are one strike against JR, but as I mentioned earlier, before his knee blowout, and his years between 1990 and 1994, JR was one of the absolute best in the NHL, and in 1994 Sega he was Tecmo Bo Jackson, and made little Wayne’s legs wiggle as he bled on the ice. (Swinger’s reference) for the pop culture immune.

Those are the points leaders yet to be in the HALL, and here are the leaders in all-time goals who have yet to be graced to the club., excluding active players and Jaromir Jagr, who is a slam dunk as soon as he stops playing overseas.

Keith Tkachuk – 538 Goals: twice had a 50-goal season on back-to-back years with the one in Winnipeg and the next after the move to the desert.  Where The Hockey News used to write about something called the IQ Factor - Intimidation Quotient.  At that time players of Tkachuk’s ilk were in high demand, such as Brendan Shanahan, Jeremey Roenick, and John LeClair, big physical 50-goal scoring players who never hesitated to drop the gloves and help their team in every way possible.  Even at the cost of personal trophies, these players were an undeniable last part of what the NHL was then, and those brute force scorers who have 538 goals should be recognized for their play. 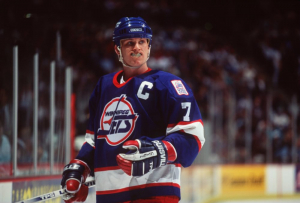 Tkachuk was one of the best of his era

Anyway, this has been eating at me for some time and I decided to talk about it.  Maybe that counseling is paying off huh?  Not holding it in and talking about it may be the ticket.  Speaking of tickets, each of the highlighted players above should have their ticket punched for the Hall of Fame sooner than later.