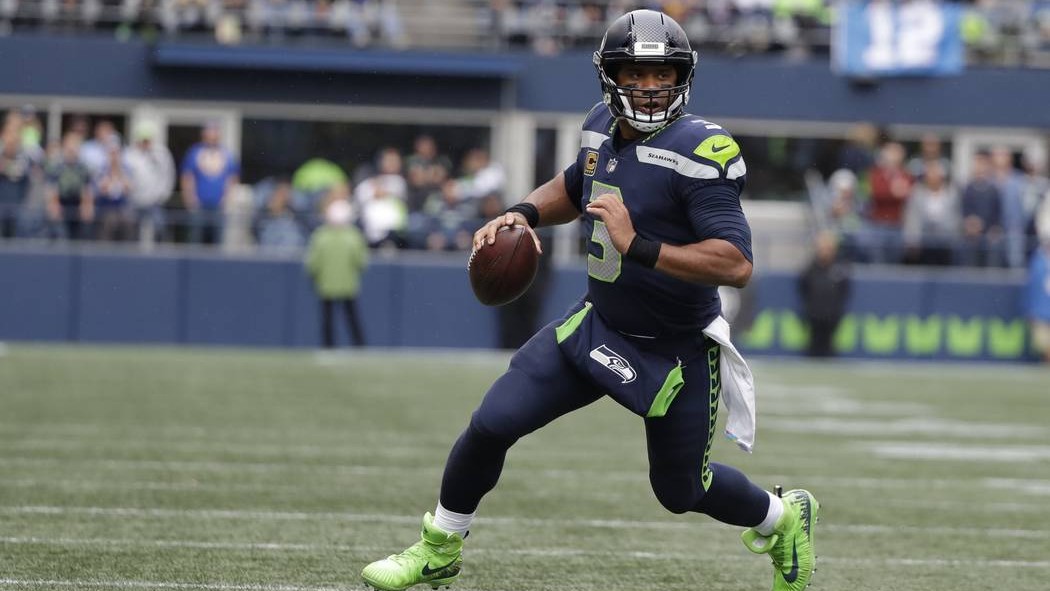 Going back three years, in 2016 and 2017, a total of 10 quarterbacks threw touchdowns on at least 5.0% of their passes, and in 2018 there were 19 quarterbacks that came in at over 5.0%.  Similarly, in 2016 and 2017 there were only three quarterbacks that threw touchdowns on more than 6.0% of their passes while 2018 yielded seven quarterbacks that exceeded that mark.  This data either indicates a trend or that 2018 was a statistical outlier, but given the pass happy trend of the league, it's likely that touchdown rates will continue to ascend.  From 2016 to 2018 the quarterback with the 15th highest touchdown pass rate went from 4.3% to 4.5% to 5.1%.  Similarly, the quarterback with the top touchdown pass rate in that same time frame went from 7.1% to 7.5% to 8.6%.  The data indicates that touchdown pass rates are creeping up league wide.  All that being said, however, it's not likely that Mahomes will repeat his 2018 season and he will not come come through at his current ADP of 22 overall (ADP data according to FANTASYPROS).  I love Patrick Mahomes, and I will draft him all day long if he falls down the draft board, but I won't touch him at his late second round ADP because current trends indicate that he will come back down to earth at least a little bit in 2019.

There are some quarterbacks other than Russell Wilson that throw touchdowns at a consistent rate from year to year.  Since 2015, Drew Brees has exceeded a 5.0% touchdown rate in three of four seasons.  Aaron Rodgers was injured for almost the entire 2018 season, and consequently, he failed to hit the 6.5% touchdown mark for the first time since 2015.  In the last three seasons he actually played, Andrew Luck has seen his touchdown rate go up incrementally, from 5.1% to 5.7% to 6.1% in 2018.  Since Sean McVay took over as Head Coach of the Rams, Jared Goff touchdown rate went from 2.4% in 2016 to 5.9% in 2017 and 5.7% in 2018 without his guy Cooper Kupp for much of the season.

Going back to 2015, the quarterback that led the league in touchdown rate did not even register in the top 15 the year prior.  That being said, instead of going after Patrick Mahomes at his 22 overall ADP in 2019, maybe we should look at and target some players that didn't necessarily wow us in 2018 that could ascend in 2019.  Josh Allen's touchdown rate was only 3.1% in 2018 but after the Bills added John Brown and Cole Beasley via free agency, Allen definitely has more weapons to work with this season and this may help the talented young signal caller become more efficient with his throws after playing with arguably one of the worst receiver groups in the NFL last year.  At an ADP of 150, drafting Allen makes a lot of sense, especially given his ability to contribute with his legs.

In 2018 Derek Carr threw a touchdown on only 3.4% of his passes and now he has Antonio Brown and Tyrell Williams as receivers.  I shouldn't need to explain any further that Carr's 3.4% touchdown rate should improve this season after going from an aging Michael Crabtree and Jordy Nelson to a freshly paid Tyrell Williams and Antonio Brown.  Carr's ADP is 173 which is the 25th quarterback off the board and will likely be available on waiver wires.  Aaron Rodgers was 21st in the league in 2018 throwing touchdowns on just 4.2% of his passes, by far his worst season in some time, and his ADP slipped down to 63 overall because of it.  If  Rodgers can remain healthy, he is a candidate to lead the league in passing touchdown efficiency, especially since his young receivers have another year under their belts.

Finally, in 2015, Carson Palmer threw a touchdown on 6.5% of his passes while playing for Bruce Arians which was good for third best in the league that season.  Jameis Winston's touchdown percentage has been hovering around 5.0% for much of his career, but playing under Arians may increase that number greatly as Arians (and Byron Leftwich) are likely to take shots to OJ Howard, Chris Godwin and Mike Evans with Winston's big arm.  Winston's ADP is currently sitting at 132 overall which makes him the 15th quarterback off the board, which also makes him a risk worth taking in the 10th round or later.