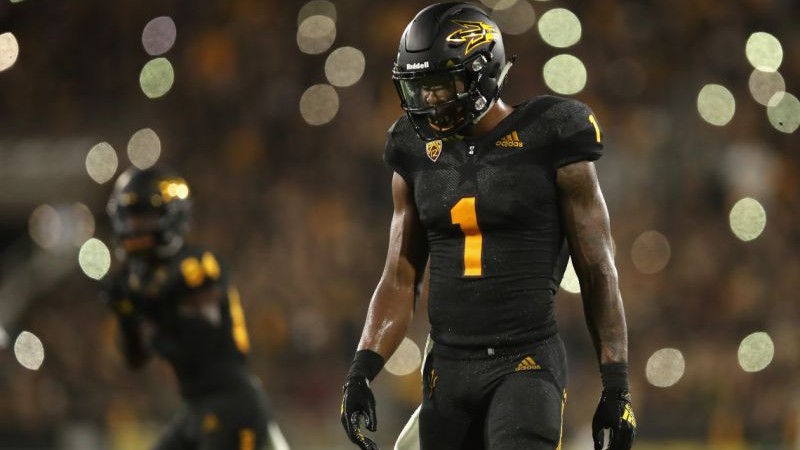 Should N'Keal Harry Be Your 1.01 or Even WR1 in Rookie Drafts?

Should N’Keal Harry be your 1.01 or even your WR1 in rookie drafts?

N’Keal Harry was considered by most to be the best wide receiver heading into the 2019 Draft, and despite this I am not a believer that he should be thought of as the 1.01 in Dynasty Drafts or even the WR1 in dynasty. This is not a discussion of why Harry is going to bust or even do poorly, but rather this is a discussion of the risks associated with taking a rookie WR with a 42 year old quarterback, a 67 year old head coach, and joining the ranks of the winningest franchise in NFL history on the downslope of it’s almost 20 year historic run. This is a meant to be a reminder that even though Michael Thomas is an elite wide receiver, any long term discussion about him is surrounded by a discussion of “but how long will he have Drew Brees for?”.  And if we can ask that of an elite talent like Michael Thomas, why shouldn’t we ask the same question for N’Keal Harry

A lot of factors are in his favor to prove me wrong. First is the fact that he was drafted 31st overall by the Patriots, and they had not drafted a first round wide received in over 20 years (Terry  Glenn, 1996). This draft capital alone would indicate that Harry is in for a heavy workload from the get go – see Sony Michel’s rookie running back usage. Second, the loss of Rob Gronkowski, Chris Hogan, Cordarelle Patterson, and Josh Gordon (or so we expect) opens up a large chunk of targets that need to be filled by someone. Third, N’Keal Harry’s playing style fits perfectly with the type of passes Tom Brady specializes in. While Harry is critiqued for his lack of separation, he is great at using his body control and hands to be in the right position to make difficult catches. All of this indicates that Harry landed in the best spot possible to maximize his potential. And I FULLY agree, for now…

With the impending retirement discussions that have surrounded the past few NFL seasons, it is necessary to think about the longevity of Tom Brady and Bill Belichick. Should the Patriots win yet another Superbowl, how long until Tom Brady finally decides to hang up his cleats? He proclaims he wants to play to 45, which is 3 years away (by the beginning of the season), and I don’t think any of us would not believe him. However, we have seen quarterbacks drop off quickly (many due to injury such as Peyton Manning). Brady’s quarterback play seems to be the quintessential idea of throwing power decreasing being compensated by more efficient pass attempts. However, he is precariously positioned on a cliff where a drop in efficiency would cause a cascade of Brady looking like a shell of his former self. How many of you are actually ranking Tom Brady inside your top 15 quarterbacks for 2019? This coupled with the renewed emphasis on running the ball makes me question what the upside is for N’Keal Harry and the Patriots pass catchers.

Also, lest we not forget, he is a rookie, about to show up and learn just how difficult the Patriot Way can be. How many wide receivers arrive in Foxborough and have been unable to get on the same page as Tom and Bill? Malcolm Mitchell 4th rd 2016 and Aaron Dobson 2nd rd 2013 were the last two notable drafted wide receivers, and they weren’t able to do much of anything. For recent wide receivers signed by or traded to the Patriots the list has Danny Amendola/Wes Welker who both did well, but then it’s Keyshawn Martin, Brandon Lafell, and Brandon Lloyd. It is even notable that recently a player such as Reggie Wayne was signed and cut before the end of training camp. With regards to 2019 targets, the bearded Ironman Julian Edelman is still around as Brady’s safety blanket, which leaves the Gronk and Gordon vacated targets to be distributed amongst N’Keal Harry, Phillip Dorsett, Bruce Ellington, and Demaryius Thomas (if the last two can make it to the 53 man roster).

Learning the Patriot Way is no joke. Learning how to be in Tom Brady’s good graces isn’t just a matter of following the TB12 method. Being successful in this offense is a matter of precision, and that is something Harry seems to excel at. So hopefully for the Patriot’s sake, he is able to prove he is worthy of the 31st overall pick.

While I think Harry is going to have a very successful career, and even think he will have a good-to-great rookie season, I am rather concerned about the uncertainty of the Patriots franchise after Brady and Belichick retire.

Thinking about my Upcoming Drafts

If I have the 1.01-1.03 in rookie drafts and Harry is on the board, I am identifying the Harry lover in my league and I am trading back. In my dynasty drafts when possible I am looking to pair a top tier rookie WR with a top tier young QB, and this draft class is chalk full of them. I am personally partial to Parris Campbell and his pairing with Andrew Luck, or Deebo Samuel with Jimmy Garoppolo. I would much rather be able to trade back and get Campbell or Samuel with a next tier guy like (in no particular order) Metcalf, Arcega-Whiteside, Isabella, Butler, or Hardman rather than just outright taking Harry and thinking he is the new heir apparent to the Patriots Way.