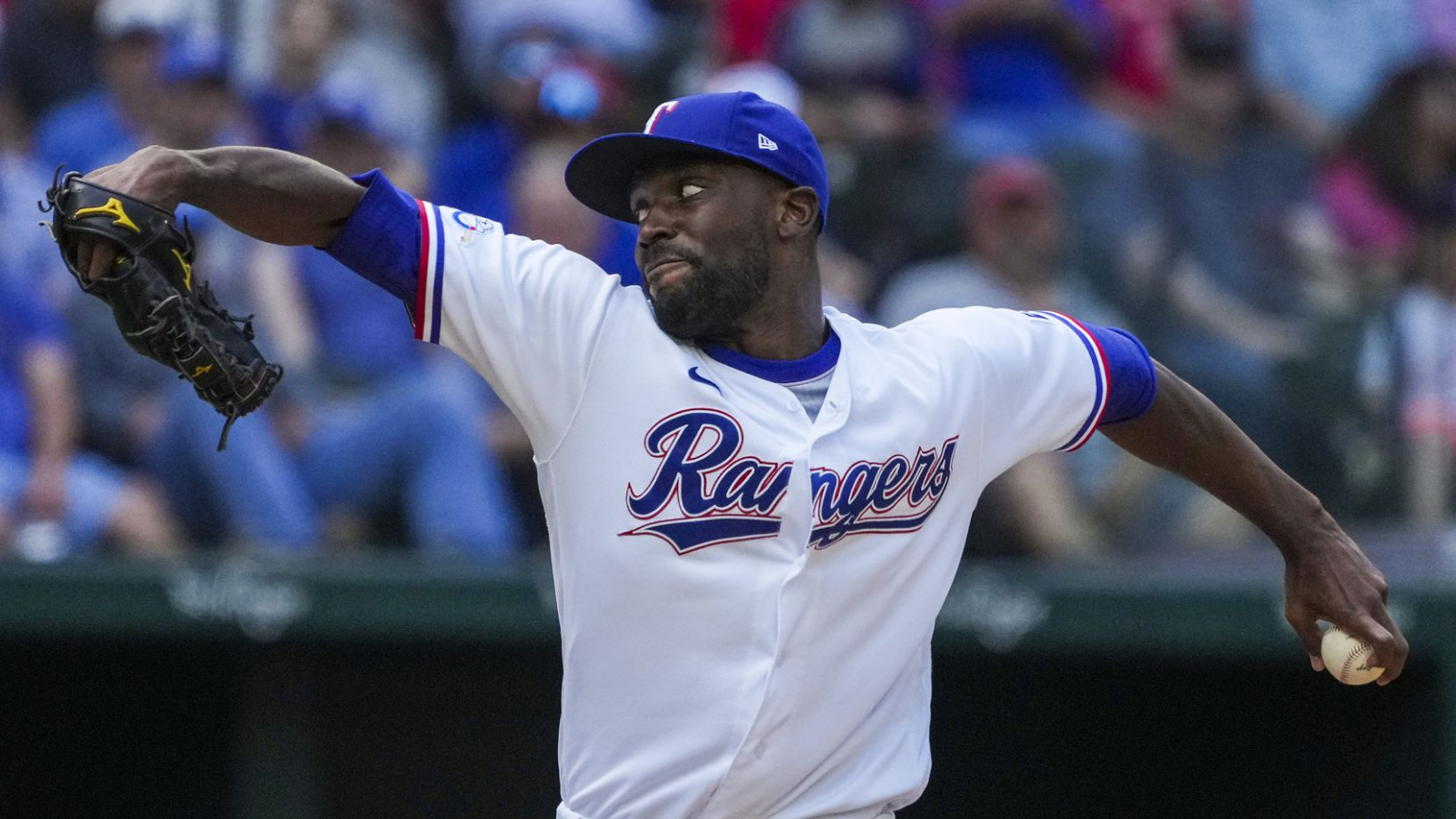 Should We Pay Attention To The Early Pitch Mix Changes For José Quintana & Taylor Hearn?

It’s probably a weird process, but I enjoy looking into players with a perception of being awful. José Quintana falls into that category with the recent struggles after being a workhorse starter. However, it’s safe to imagine Quintana holds more value as a real-life pitcher than for fantasy baseball. We know Quintana’s curve looked juicy in the past, but he made an eyebrow-raising pitch mix change in his first 2022 start. It could be the matchup, or it might be a minor trend moving forward.

The same goes with Taylor Hearn to some extent, although deep-league fantasy baseball fanatics remember the name. Hearn popped in some off-season research about pitch mix changes and provided a seemingly unexciting profile. It's overreaction season, and we love small samples. Unfortunately, not all pitch mix changes result in positive outcomes, but let's examine Hearn and Quintana with the early deep-league pitch mix changes.

Should We Pay Attention To The Early Pitch Mix Changes For José Quintana & Taylor Hearn?

After pitching for the Cubs for over three seasons, José Quintana faced his former team in his first start in 2022. Quintana posted four straight seasons with 200 plus innings (2013–2016). Then Quintana dropped that to 177 plus innings in the next three seasons. 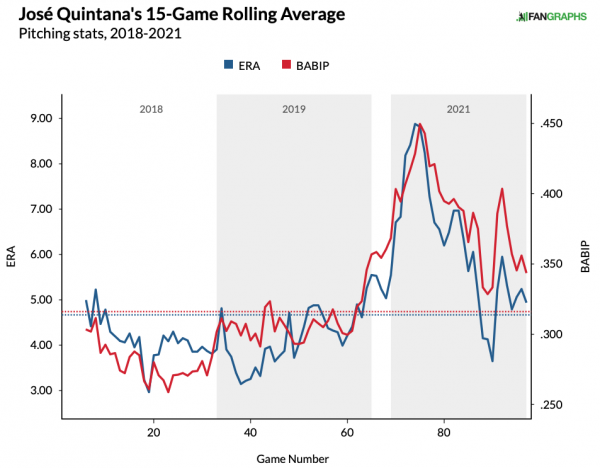 In Quintana's first start, he gave up five hits, an earned run, and two walks with three strikeouts in 5.1 innings. Interestingly, Quintana relied on the changeup (38%), four-seamer (35%), and curveball (21%). 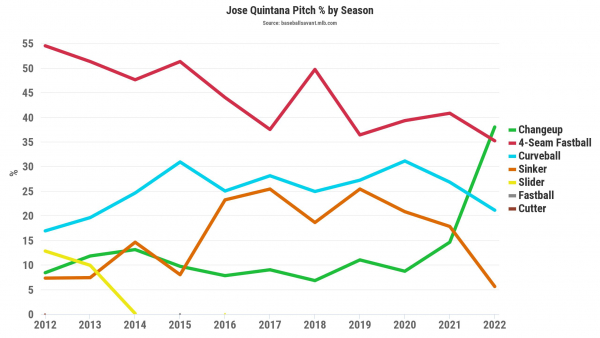 It’s early, but the pitch mix change is something to monitor. Unfortunately, Quintana’s career 8.6% swinging-strike rate doesn’t excite us, but he posted double-digit rates in 2020 and 2021. Quintana pitched in relief in 22 out of 33 appearances over the past two seasons, so it’s logical for the swinging-strike rates to increase. 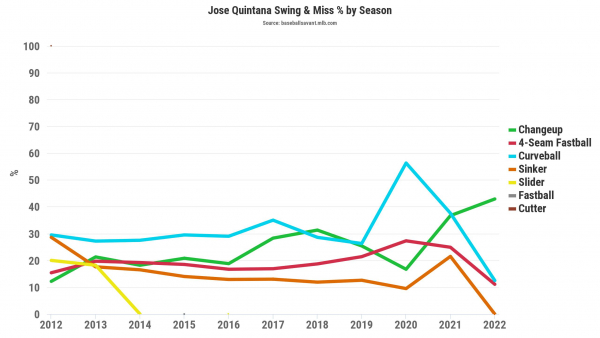 In Quintana’s career, the curveball is the only pitch with a swinging-strike rate above 9%. Quintana remains a pitch-to-contact pitcher with an innings floor, but the changeup could help the swings and misses moving forward. We'll see how Quintana fares against the Nationals on Sunday. The Nationals rank middle of the pack with a .286 wOBA (No. 16) and 82 wRC+ (No. 18) against left-handed pitchers.

Around mid-March, we reached that point in the off-season where it warranted a Taylor Hearn deep dive. The basis behind that article involved Taylor Hearn's increased fastball usage, particularly with the sinker in 2021. 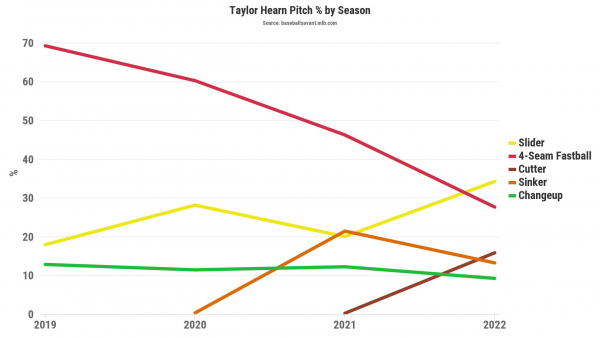 In Hearn's first start against the Rockies, he threw the slider 34% of the time, with four-seam at 28%. Meanwhile, Hearn only threw the slider 20% of the time in 2021. We'll want to monitor Hearn using the cutter more, which he threw only three times in 2021. Unfortunately, Hearn's cutter finished with a 0% Whiff% and 17% CSW%, so it didn't stand out after one appearance. It's an early pitch mix change, but nothing actionable to takeaway yet.

On Saturday evening, Hearn faces the Angels. It's early, but the Angels rank 28th with a 32 wRC+ and .208 wOBA against left-handed pitchers. Jesús Luzardo's dominant start likely skewed these numbers for the Angels. Hearn serves as a deep-league streamer to consider in daily leagues. Assuming Hearn uses the slider more again for whiffs, that increases the strikeout upside, which he lacked in 2021 with a 20.9% strikeout rate and 9.5% walk rate.