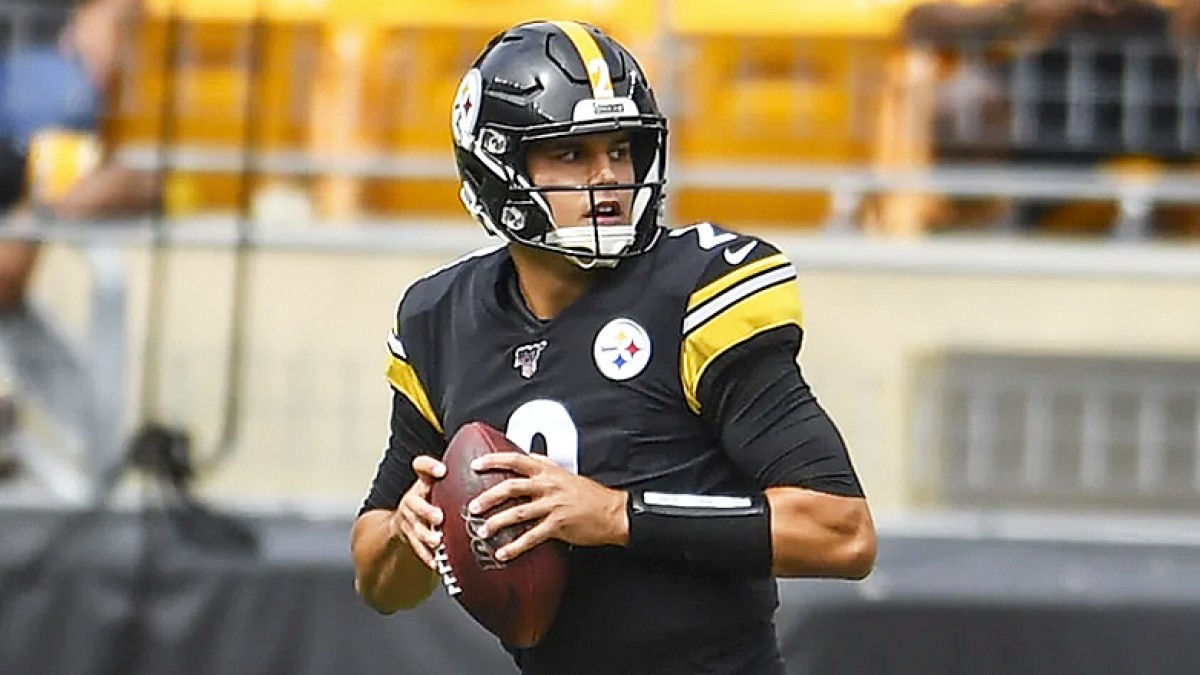 With bye weeks, injuries, and poor quarterback play occurring weekly, it might be time for you to consider streaming a field general in week five. There are several viable options on the waiver wire, and some of them may even work out as full-season starters.

Quarterbacks having bye weeks this week are Matthew Stafford and Josh Rosen, so make sure they are out of your lineup.

Several quarterbacks are owned in less than 70% of ESPN and Yahoo leagues, but this streaming article takes a look at quarterbacks that are even more widely available. These streaming choices are available in 50% or less of those leagues. If you are in extreme need of a quarterback for this matchup, keep your eye on these players.

Gardner Minshew is a national phenomenon, and he could be that for your fantasy football team as well. Minshew hurled two touchdown passes in the week four win over the Denver Broncos while looking splendid with no picks. He has a total of seven touchdowns launched in the 2019 season. His play was on point on Sunday when he threw zero interceptions and went for 213 yards.

This week, Minshew takes on the Carolina Panthers. The contest looks to be a tricky one, but have confidence that Minshew can lead your team to victory. The Panthers have given up only 9.4 points to Jared Goff, 13.2 points to Jamies Winston, 17.8 to Kyler Murray, and 11.6 points put up by Deshaun Watson. Hopefully, Minshew will be able to put up a number similar to the fellow rookie Murray (if not more).

Numerous people counted Minshew out when he took on the Denver Broncos in week four, but he was able to score 16.7 points against a pretty strong Denver defense. If Minshew’s receivers can haul in passes and not have a case of the drops, Minshew should have an extraordinary week.

The Indianapolis Colts quarterback looked exceptionally well in the week four loss to the Oakland Raiders. This season, Brissett has hurled at least one touchdown in each of his games. Versus the Raiders, Brissett was fabulous with three touchdown tosses. He was able to complete 24 of his 36 passes resulting in 265-yards.

TY Hilton, wide receiver for the Colts, was out with an injury for Sunday’s game, so Brissett had to spread it out to other pass catchers. Hopefully, Hilton will be back in week five to help Brissett’s fantasy numbers soar.

This upcoming match, Brissett meets up with Patrick Mahomes and the Kansas City Chiefs. If all goes as expected, this will be a high scoring game. Brissett should have lots of chances to gain those coveted fantasy points. Brissett needs to be a starter in fantasy from now on because of his consistency, so grab him while you can.

I wanted to wait until week four was officially in the books before doing a write up on the last quarterback in my streamers list. Originally, I was debating between Mason Rudolph for week five or Andy Dalton (hey, just being honest). After watching the game on Monday Night Football, I am putting my eggs in Rudolph’s basket.

Has he put up the biggest fantasy numbers this season? No, he has not. But he has tallied double-digit numbers in all of his games. Every week, his fantasy numbers go up, so I am expecting this to be the trend come week five. This week the Pittsburgh Steelers are facing the Baltimore Ravens. Baltimore has allowed 395.5 yards a game while conceding 25 points a game. If Rudolph maintains the composure he had in the Monday night game, he will be able to capitalize on Baltimore’s mediocre defense. In the last two weeks, the Ravens have had negative points in fantasy.

In Rudolph’s week four game, he threw for 229 yards and tossed two touchdowns. He also happened to have zero turnovers, and impressive feat for the young quarterback. His overall fantasy score for the week was 16.9 (better than guys such as Russell Wilson, Dak Prescott, Kyler Murray, Matt Ryan, Tom Brady, and Baker Mayfield). I am not saying Rudolph is better than those players, but I am saying he is worth a look for two-quarterback leagues or in leagues where you are desperate at quarterback due to injury or the dreaded bye week.

I like Marcus Mariota in the future (he is not highly owned), but in week five he will be taking on a Buffalo Bills defense that kept Tom Brady from making a splash. Matthew Stafford is a nice pickup, but he has a week five bye so he will not do you any good this week (he is also owned in 55% of Yahoo leagues). Jameis Winston has been surprising for fantasy purposes in 2019. He could not make the streaming cut this week because his ownership in Yahoo leagues is 68%, but he is a solid play against New Orleans.