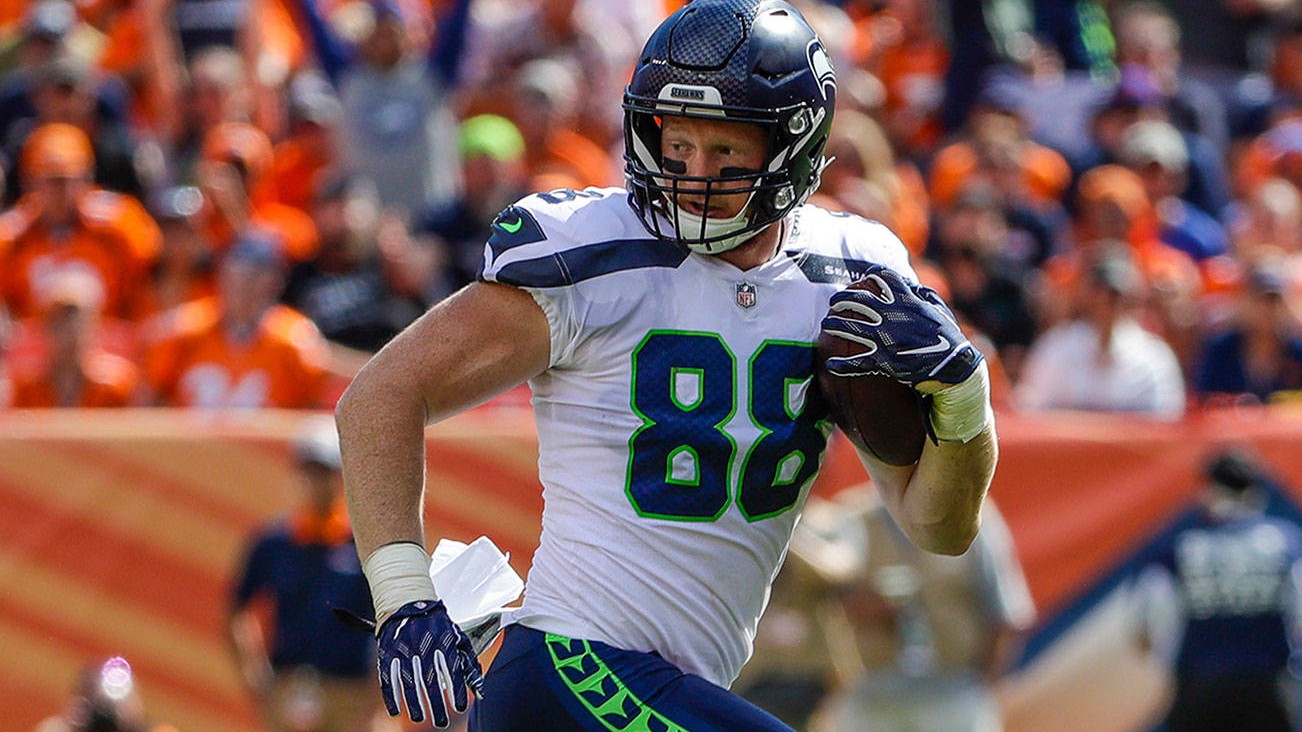 Week two was a week to remember (or forget in some cases). Vernon Davis was in at tight end for the second straight week in Washington’s offense, starting over the oft-injured Jordan Reed. Browns tight end David Njoku happened to break his wrist in the Monday night game versus the New York Jets. And don’t forget that Jared Cook got you 4.5 points while Jimmy Graham and O.J. Howard put up huge goose eggs.

If you require a streaming tight end for the third week of the season either due to injury or production concerns, this is the best place to find those diamonds in the rough.

Let’s take a look at how my streamer recommendations for week two played out. Jason Witten put up an impressive 12.5 points, Tyler Eifert faired well with 9.9 points, and Vernon Davis had a less exciting day with 5.9 points.

Now it is time to look ahead to week three. Below are three choices at tight end that are available in 50% or less of ESPN and Yahoo leagues.

For the third week in a row, the Dallas Cowboys veteran tight end finds himself on the streaming list. This week, Witten and the Boys take on a struggling and declining Miami Dolphins team. Miami seems to be tanking this season, so watch for Witten to take advantage of this.

On the season, Witten has two touchdowns which have helped him attain double-digit fantasy points in both contests he has played. Quarterback Dak Prescott is quite comfortable with the aging tight end, delivering four balls in Witten’s direction while in the red zone.

In the two games played in 2019, the Dolphins have allowed tight ends to put up great numbers. 208 receiving yards have been tallied by tight ends in those first two games. Witten should be able to add to that number since he is a dependable pass-catcher who gets the Dolphins defense at home in Arlington.

Seattle’s Will Dissly had a tremendous game in week two, gaining 22 fantasy points on two touchdowns and five receptions for 50 yards. Can he replicate that play in week three versus the New Orleans Saints? I am convinced that he can.

Last season, Dissly was a rookie who was hurt for a good portion of the year. In the games he performed in last season, he seemed like the real deal. Now that he is back and healthy, quarterback Russell Wilson appears to want to use him as the strong tight end he is.

Although Dissly’s fantasy numbers were not much in the opening game of the year, his next campaign saw him torch the Pittsburgh Steeler’s defense. He looks to do the same in week three at home where the crowd will be raucous. Wilson appears pleased with Dissly, enough to fling two of his four red zone attempts to the sophomore tight end.

The matchup here is not the greatest, but if Eifert puts up a touchdown like he did last game, he will assist your team with much-needed points. Eifert is a touchdown-dependent tight end. He is a boom or bust player, so temper your expectations. Still, if you are in dire need of a tight end, this is one player who has been steady in his last two games. It could bleed over into his third game of the season.

The former first-rounder has not seen much in terms of yardage this season, but with A.J. Green still injured, he could continue to see steady fantasy numbers. The tight end landscape when it comes to lesser owned players is dim, but Eifert is hanging around. If you require a new tight end, Eifert is still healthy which is a shock to us all.

C.J. Uzomah is there as well, but he managed to record zero fantasy points last week. As much as I like Uzomah, I do not find him to be a large threat while Eifert is healthy. Eifert gets the Bills defense this week. This is a stingy defense that does not like to give up points. The New York Giants took on Buffalo last week and witnessed tight end Evan Engram go for 10.8 fantasy points. In week one, New York Jets tight end Ryan Griffin was able to pick up four fantasy points. Griffin is not a tight end on anyone’s radar, so the fact he was able to gain any points seems to fair well for Eifert.

These are the streaming tight ends for the third week of 2019. If you are in a league where Mark Andrews, Darren Waller, Vance McDonald, Greg Olsen, Austin Hooper, or Delanie Walker happen to magically be available, please play one of those guys over the recommendations above. The streaming options are for those who are in desperate need of assistant at the tight end position and should not be played over a higher quality option.

As always, feel free to give me a follow on Twitter @thekaceykasem. Until next time, good luck!