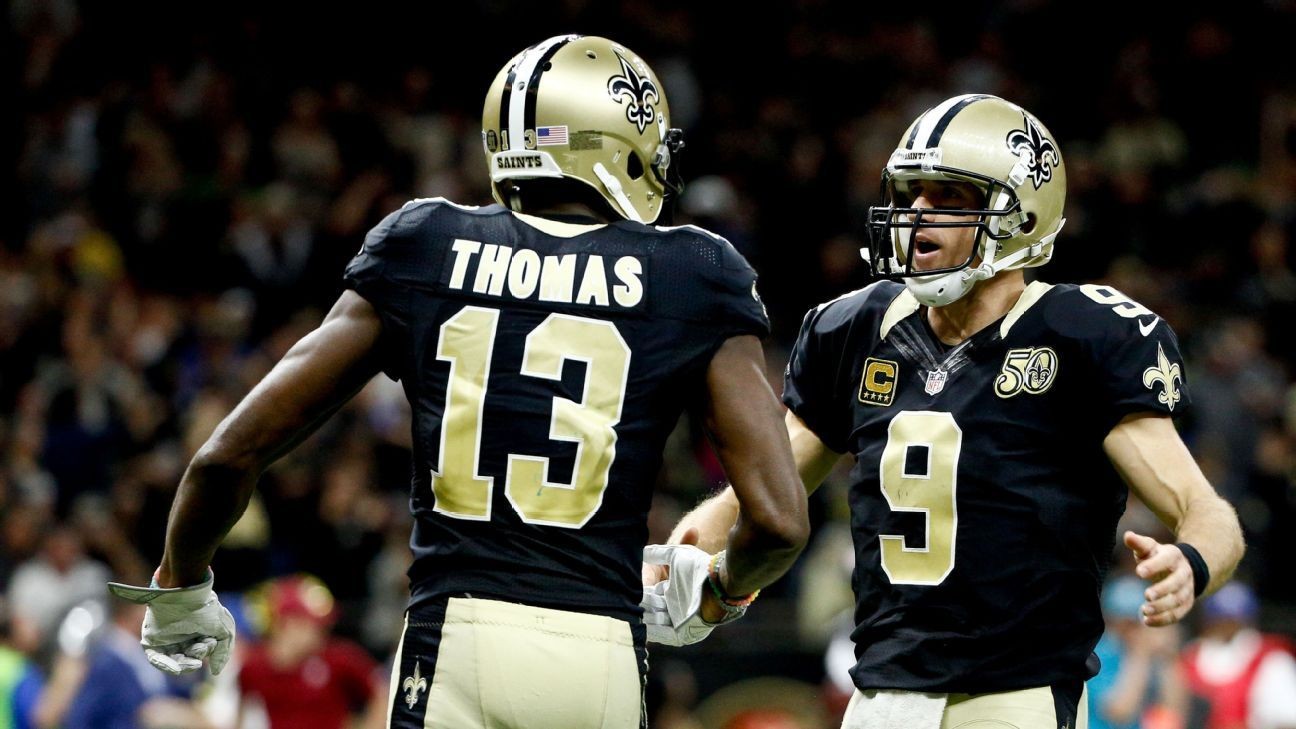 Stacking as a Viable Draft Strategy

Stacking a quarterback with a receiver is a draft strategy you may want to think about participating in.  If you can get a superb quarterback who continuously targets one of your main wide receivers, your team may shape up to look like a contender.  Here are some quarterback and receiver stacks that are likely to pay off big.

The touchdown numbers for Julio Jones in 2017 went down from the numbers he put up in previous years.  It is the first time since 2013 that he has scored three or fewer touchdowns. His receptions, targets, and yards were still incredible.  Jones has put up 1,000 plus yard seasons every year from 2013 to 2017. Matt Ryan has thrown for 4,000 plus yards each of the last seven NFL seasons.  He did drop from the 4,944 yards in 2016 to the 4,095 yards he threw in 2017, but I look for his 2018 throwing yardage to still be in the 4,000 plus range.  Keep an eye out for Jones’ touchdowns to increase along with Ryan’s stats.

Golden Tate may have scored fewer touchdowns and had fewer yards than Marvin Jones last season, but Tate is consistent.  He has had three seasons of 1,000 plus yards, been active for nearly every game, and has had 90 plus receptions each of the seasons he has been with the Lions.  Yes, Jones is there, but last season was the first season he has ever gone over 1,000 yards. Jones is a good pick up as he is going later than Tate, but Tate is more likely to be the wide receiver one in that offense.  Stack him with Matthew Stafford who threw for 29 touchdowns last season, and you can look to have a wonderful fantasy season.

For the last seven seasons, Stafford has thrown for over 4,000 yards. He had a season-high 5,038 yards in 2011.  Don’t look for him to put up that kind of yardage, but you can expect at least 4,200 yards from him this season. Stafford puts up similar numbers every year, so you know what to expect when drafting him.

Davante Adams has yet to see 1,000 yards in a season, but that could change with a healthy Aaron Rodgers.  Jordy Nelson is now a Raider, and Randall Cobb takes over as the number two guy in Green Bay. Rodgers is an accurate quarterback who does not throw many interceptions but puts up huge touchdown numbers.  Eight of Rodgers seasons showed him putting up 28 or more passing touchdowns. Rodgers will enter the season healthy and should pick back up where he left off in his 2016 season. If you draft quarterbacks late, this might be a stack to avoid, but if you can get Rodgers in a later round than where he is currently going, this stack could do well for you.

Philip Rivers is a phenomenal fantasy football quarterback if you are looking for someone who is dependable and steady.  He has put up nine 4,000 plus yard seasons in his 14 seasons with the Chargers. From the 2006 season on, he has thrown for at least 3,100 yards a year.  Additionally, his touchdown numbers are similar each season. Rivers shows no signs of stopping and should continue this trend in 2018. He will throw for at least 28 touchdowns if he continues playing the way he has.

Keenan Allen is a wide receiver who can get you those high fantasy numbers. Often times Allen gets marked with the injury bug tag, but the injuries he has suffered over the years are fluke injuries. In 2016, he had an ACL tear, and in 2015 he had a lacerated kidney.  He played a full 16 games last season which was the first time he has done so in the five years he has been playing. He goes into this season healthy with no injury concerns, and he is still Rivers’ number one guy. With tight end Hunter Henry being out for the season, look for Allen to take advantage of his target share.

The number of touchdowns Michael Thomas saw in 2017 may be a bit disappointing, but he made up for it in receptions and yards.  With the emergence of Alvin Kamara, the New Orleans Saints opted to run the ball heavily last season. That may still be the case in 2018, but Mark Ingram is suspended four games to start the year, and Kamara could regress.  Thomas has a connection with Drew Brees that is undeniable. In 2016, Thomas had 92 receptions for 1,137 yards with nine touchdowns. He looks to continue this in 2018, and he is the clear cut number one wide receiver in New Orleans.

Brees had a less than Brees like year in 2017, but that had a lot to do with the running attack. Having a dependable run game meant Brees didn’t have to throw the ball as much. As you can see with Thomas’ numbers, he still helped his number one receiver hit that 1,000-yard mark.  Brees was also still a top ten quarterback, and this should follow him into 2018.

Odell Beckham, Jr. will be back with the New York Giants, healthy and ready to make plays.  In 2017, Beckham experienced an injury that sidelined him most of the season but looks to come back in 2018 as the OBJ we have been accustomed to.  Even though he only played in four games in 2017, he still had 25 receptions for 302 yards and three touchdowns. Beckham has gone over 1,300 yards in all three seasons prior to this.  He should return to form this season and give you those fantasy numbers you are used to.

Eli Manning had an off year last season, to say the least. He threw for 13 picks and only 19 touchdowns.  This was only the third time in Manning’s career where he threw for under 20 touchdowns, but he was benched for one game and had to deal with multiple receivers being injured. He should put up better numbers this season with the numerous weapons around him.  Look for him to throw for more than 4,000 yards and 20 touchdowns this season.

There is a risk in the stacking strategy, but there is a risk with any strategy.  If you have two players of phenomenal talent that you have drafted, you shouldn’t be concerned that they are on the same team.  Big numbers from both players means your fantasy team will succeed.