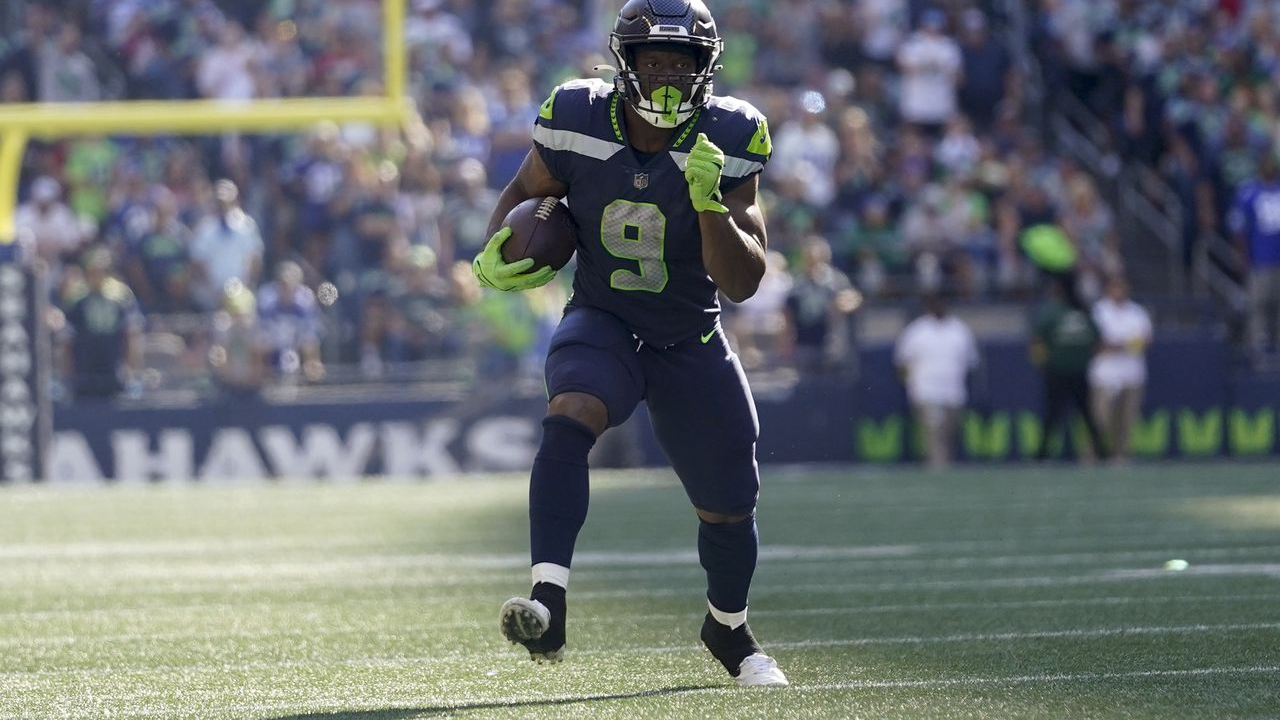 The Week 7 bye-week slate is a brutal one fantasy-wise, so if you need help, this is the place! You're starting your studs no matter what. Don't get cute by sitting them over the players you see here.  This article focuses on who we feel can give you an edge this week.

The Indianapolis Colts have suddenly gone up-tempo and Matt Ryan is turning out some useful fantasy scores. Ryan has been very successful with his trio of tight ends over the past 3 weeks, and the Colts face the Titans this week, who have allowed the sixth most fantasy points to tight ends. - Matt Miles @DirtyAirFC 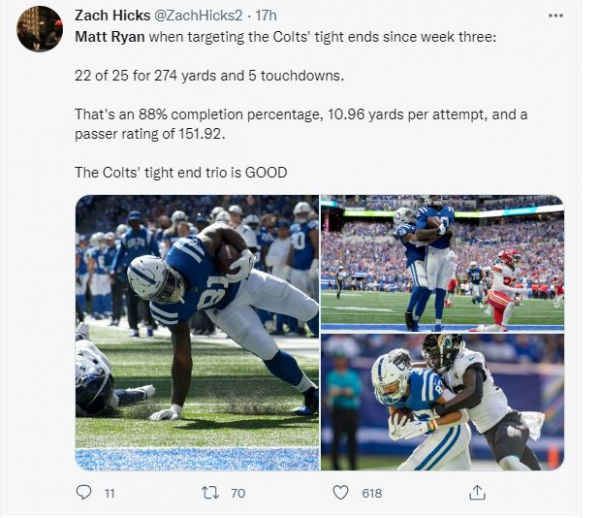 Now that the bye week gauntlet has begun and injuries are starting to strike the signal callers, this recommendation to start is for you fantasy managers living that quarterbacking-streaming life. Jimmy Garoppolo is normally not a gunslinger but he will be called upon to pull the trigger a little more frequently. The Chiefs are starting a couple of rookies at the cornerback position and they have been getting roasted by everyone. So much so that Kansas City is allowing the second most fantasy points to quarterbacks this season. - Leo G. @smooth1074

Look, an explosive 49ers’ offensive play when they needed to be explosive. (It was called back by holding on Brendel.)

No good reason that Shanahan shouldn’t give Jimmy Garoppolo more of these chances, especially when the game situation dictates it pic.twitter.com/2JFulHmJJK

The New York Giants are a surprising 5-1, stunning teams like Baltimore and Tennessee. They are allowing a mere 18.5 points per week.  Trevor Lawerence, just 2 weeks ago facing a similar defense with the Philadelphia Eagles, yielded nearly zero fantasy points.  T-Law also has thrown just one touchdown over the past two weeks making him an easy sit this week despite the lack of depth leaguewide. - Matt

This season has been Trevor Lawrence’s coming out and balling party. Lawrence is illustrating why he was the number one overall pick this season. Unfortunately for him, he will face the Giants in Week 7, who are allowing the 11th fewest points to quarterbacks. Over the last five weeks, they have held all quarterbacks to under 20 fantasy points or less during that span, including Aaron Rodgers and Lamar Jackson the last two weeks. This makes Lawrence a sit for me. - Leo

Quietly the PPR WR35, even after last week's bye, Josh Reynolds is a trusted weapon of Jared Goff, especially in the red zone.  Dallas is just a middle-of-the-road defense against wide receivers, and should Amon-Ra St. Brown draw double coverage, Goff will be looking for Reynolds often.  Just watch Reynolds practice participation as he's missed several this week. - Matt 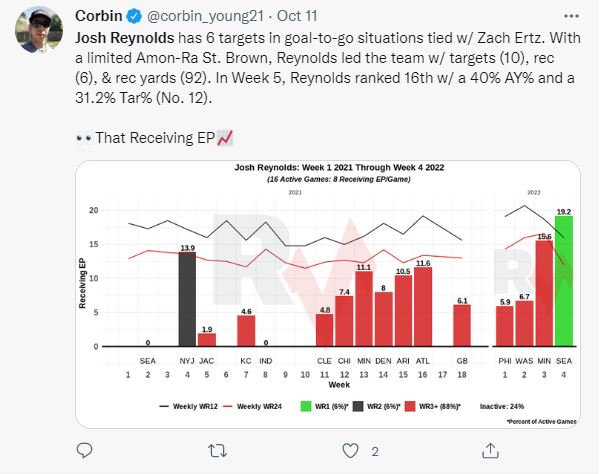 Alec Pierce has been a straight-up baller when he’s on the field. The rookie wideout has been PPR gold over the last three weeks. Pierce has averaged 14 fantasy points in that span and will have the pleasure of facing the generous Titans secondary. - Leo

Leo had put Darnell Money as a start last week, and if you heeded his advice, you were rewarded a 7/68/0 line on 12 targets, good enough WR2 numbers. This week, I'm saying sit him, if you can.  New England is one of the top defenses in the league, allowing just a single 100-yard receiver and four touchdowns over six weeks to wideouts.  Mooney has yet to score a touchdown and eclipse 100 yards, and it's likely we'll have to wait another week for a breakout. - Matt

I have two words on why you should sit these two wide receivers, Zach Wilson. Ever since Wilson came back from his preseason injury the Jets' offense has been on a downward spiral. Over the last three contests with Z. Wilson under center, both Garret Willson and Elijah Moore have been unstartable and that trend will continue this week against the Broncos and their top-rated defense that is allowing the third-fewest fantasy points to wide receivers. - Leo

Braxton Berrios is outscoring Garrett Wilson and Elijah Moore since Zach Wilson took over as the starting QB.

Party like it's 2019 again! Ezekiel Elliott had a solid game in week 6, with a 13/81/1 line against a good Eagles defense.  Next up is the Detroit Lions, who are the second most generous defense to running backs in fantasy points allowed in 2022.  Fire up Zeke with confidence this week.  - Matt 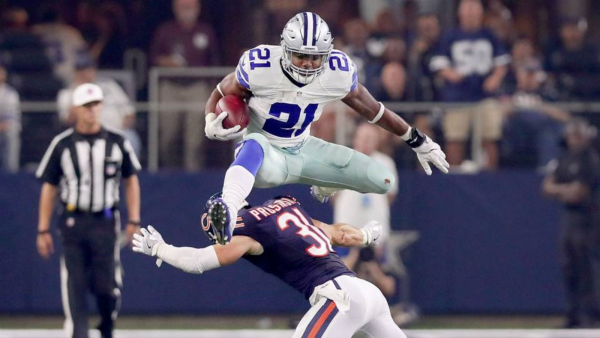 Making his first career start, Kenneth Walker showed he can be a bell cow for the Seahawks for the rest of the season. Walker carried the rock 21 times and totaled 97 yards with a touchdown. He was also targeted three times. This week’s opponent, the Chargers are allowing the fourth most fantasy points to running backs, which makes Walker a set it and forget it running back for Week 7.- Leo

Fantasy players with Clyde Edwards-Helaire enjoyed thumbing their noses at fantasy pundits who were down on him throughout the first 4 weeks of 2022.  However, the underlying metrics are catching up and it's only going to get worse for "The Law Firm."  CEH is just not being used like a bell cow, or even an RB2 at this point.  The Chiefs face San Francisco, a top-10 defense against running backs.   - Matt

Here’s my ballsy pick of the week, and that’s to sit D’Andre Swift. Before last week’s bye, Swift had missed the previous two weeks with a shoulder and ankle injury. During that time Jamaal Williams has been holding the forte just fine in his absence. In his first game back you have to assume that the Lions will ease Swift back into the offense. Couple that with him facing the Cowboys' defense who are allowing the fifth-fewest fantasy points to running backs. That makes Swift a sit for me or the very least a low-end flex play.  - Leo

TE is a tough position to fill, especially with the byes this week.  This week's island game on Thursday might be one of the better matchups on the slate.  Don't overlook Juwan Johnson.  Adam Trautman is out, and Johnson posted a 6 target, 4/41/0 line.  Jameis Winston and Andy Dalton are game-time decisions, so even Taysom Hill might be an option, depending on eligibility in your league.  Arizona gives up the second most fantasy points to the tight end position, and Johnson is available in 98% of Yahoo leagues.    - Matt

After years of showing flashes in his previous two stops, Gerald Everett has finally found someone that can get him the damn ball. After scoring double-digit points in three of his four games, Everett has had a couple of rough outings as he faced two tough defenses. Everett should post TE1 numbers this week because he is going up against the most generous defense to tight ends this season. The Seahawks have allowed numerous tight ends to go off, and that trend will continue in Week 7. -Leo

Mike Gesicki has been the poster child of inconsistency at the tight end position.  Despite some signs of life this season, the Steelers are seventh-best against defending tight ends this season.  It's tough to sit him after last week, but the floor is low, and the ceiling isn't that great.  - Matt

The Cincinnati Bengals D/ST is a sneaky play against Atlanta this week.  The Falcons slow-play and grind away clock with a high percentage of run plays. Cincinnati will look to chunk play and score often to make the Falcons pass more to keep up, which could cause turnovers.   - Matt

In Week 7 the New England Patriots' Defense will be circling the Bears like a shark when they smell blood in the water. The Bears have allowed the sixth most fantasy points to opposing defenses due to the rate they turn over the ball and allow sacks. The patriots should continue their double-digit scoring streak this week against the Bears. - Leo 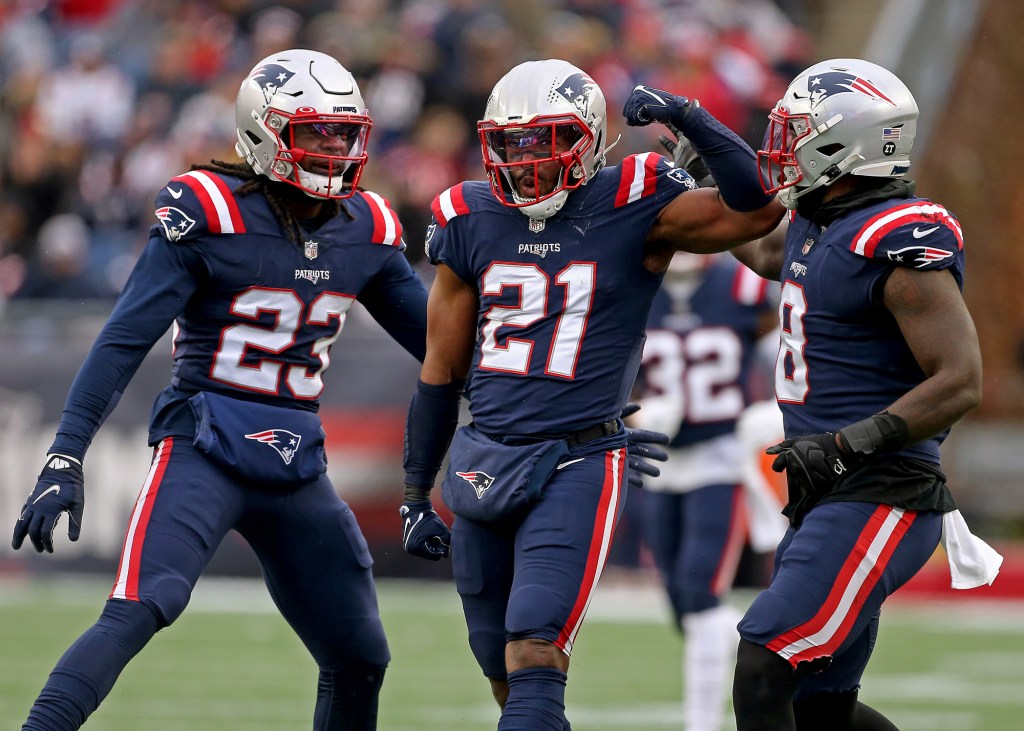 it might seem counterintuitive to skip over a defense facing the New York Jets, but the 2022 Jets aren't your 2021 Jets.  The 1-2 running game punch and solid receiving corps hide a lot of the QB flaws and have kept opposing teams honest. Wilson's injuries and lack of backfield depth will keep this Denver Broncos unit on the filed a lot longer than usual. Look for the home 1.5 favorite to disappoint. - Matt

The 49ers' Defense has been pretty solid for the most part this season until they got demolished by the Falcons last week. This week the Niners will tangle with the Chiefs' offense who are their own wrecking crew. The Chiefs have destroyed every other team’s defense and the most fantasy points they have allowed have been to the stout Bills' defense for a total of eight fantasy points. Look for another option this week, because the 49ers will be receiving some major damage to their point total this week. - Leo