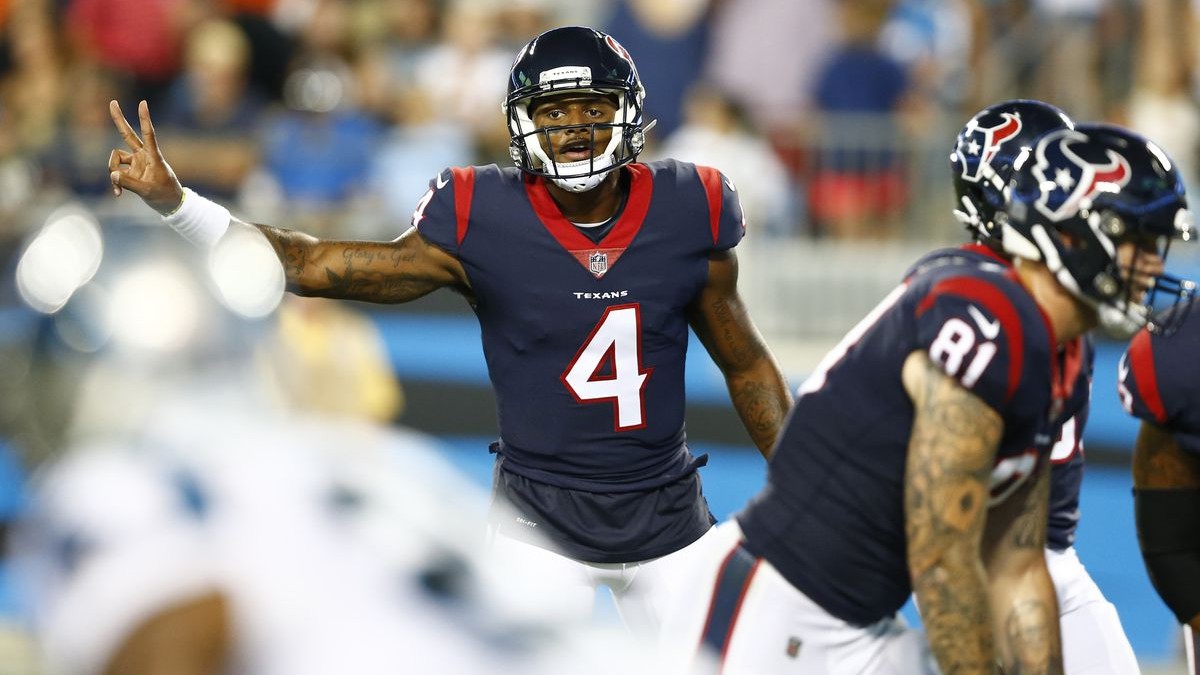 Have you noticed that every year, there are a handfull of players who become hot names in sleeper conversations? People like to follow the herd and every year, like sheep we tend to jump on board and try to land a few of those players.

However, have you also noticed that every season, there are a handful of players who go undrafted, yet became fantasy stars? Last year the likes of Jay Ajayi, Jordan Howard, Davanta Adams and Tyrell Williams went undrafted in most leagues, yet helped many teams win a fantasy championship. That's where I come in. Below, I've identified a few players at each position who may go undrafted, but could step up and be fantasy producers for your team. If you're in a deep league, you may want to draft some of these players. If you are in a standard, 12 team league, I'm not saying you should draft them, but definitely put them on your watch list and be ready to pounce when the time is right.

Jared Goff was the number one overall pick for a reason, so hopefully we see those skills on display this season.

Jared Goff, Los Angeles Rams. In his rookie season with the Rams, Jared Goff was all kinds of bad. In eight games, he barely threw for 1,000 yards, didn't even complete 55% of his passes, and he threw for five touchdowns versus seven interceptions. However, there are some reasons why I think that Goff may have a decent sophomore season. First, it's very hard to come in as a rookie and be a superstar. Ask the likes of Peyton Manning and Andrew Luck who also struggled their rookie season. It takes time to adjust the speed of the NFL as well as learn a new system, so I can give him a pass on his rookie season. Secondly, out is Jeff Fisher and in is Sean McVay as head coach. Fisher is not a young quarterback's best friend and McVay is one of the most creative offensive minds in the NFL, so I expect Goff to be put in better situations in year two. Finally, the Rams have added some serious offensive weapons for Goff, as they brought in Sammy Watkins, Robert Woods and drafted slot man, Cooper Kupp in the NFL draft this year. He now has plenty of tools to work with in this up and coming offense. While I'm not ready to say he's a must-draft, he definitely should be put on your watch list and in consideration, especially in deeper leagues.

If Blount flounders, Wendell Smallwood is ready to jump for his opportunity.

Wendell Smallwood, Philadelphia Eagles. According to Matt Lombardo of NJ Advance Media, LeGarrette Blount is no lock to make the Eagles 53 man final roster. While I don't necessarily believe that, I have long felt that Blount is nothing special and he's not necessarily a great fit in Doug Pederson's system either. He has also not had a great camp, and that leaves the door open for someone else to step up and perform, and I think Wendell Smallwood may be that guy. Darren Sproles is not an every down back and has his role as receiver is solidified in this offense. Rookie Donnel Pumphrey is 175 pounds and doesn't have the frame to handle those duties. That leaves Smallwood and undrafted free agent rookie, Corey Clement as the main threats for an extended role in the offense should Blount's be reduced. Philly Voice's Jimmy Kempski has stated that Smallwood is "running like a man possessed in padded practices", and if he keeps it up, he could have some serious fantasy value. He's currently being drafted as the 69th RB off the board on Fantasy Pros, and I think he's worth a possible late round flier in 12 or more team leagues. 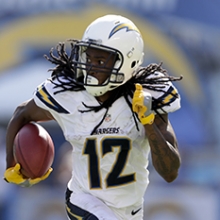 Now healthy, Travis Benjamin is hoping he can rebound from a disappointing 2016 season.

Travis Benjamin, Los Angeles Chargers. It wasn't long ago that Travis Benjamin was a top 30 wide receiver for the Cleveland Browns. In 2015, he caught 68 balls for 966 yards with five touchdowns and then proceeded up to sign a four year, $24 million deal with Chargers. He struggled in year one in San Diego, but he battled a PCL injury for most of 2016, so I'm going to give him a slight pass. Now healthy, he has been lighting up this preseason and looking like he's 100% back. In listening to Adam Caplan on Sirius XM Fantasy radio, he visited the Chargers camp and Benjamin is the talk of both players and coaches. I know that he has competition for targets between Keenan Allen, Tyrell Williams, the pair of tight ends they have, as well as possibly even rookie, Mike Williams, but Benjamin could still earn the role of deep threat on this team. The Chargers may also be the most snake-bitten team in the league with regards to injuries, so he could be in for an expanded role if, or when, the receivers start dropping. I like him better in standard leagues than PPR leagues, but he's a guy that could rebound in a big way in 2017.

Honorable Mention: Torrey Smith, Philadelphia Eagles. With the departure of Jordan Matthews, Torrey Smith will likely see a large uptick in production, and be worth a flier in non-PPR leagues. I don't have much faith in Nelson Agholor becoming the number two receiver. 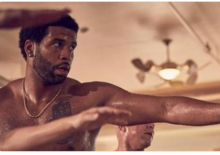 Austin Seferian-Jenkins looks to be in great shape and has hopefully turned his life, and his career, around.

Austin Seferian-Jenkins, New York Jets. Austin Seferian-Jenkins has all the talent in the world. Unfortunately he's been a complete bonehead over his first three seasons in the NFL and was in danger of blowing a huge opportunity. However, now it looks as if his career has taken a potential turn for the better. He has quit drinking and has been sober since January. In the process, he has shed about 20 pounds and looking like he's in great shape. He has also been looking absolutely fantastic in offseason programs, and Connor Hughes of NJ Advance Media has stated he has "dominated" Jets camp. He has the skill set of a TE1 and with the Jets lacking quality (to put it nicely) offensive weapons, Seferian-Jenkins could be in for a sneaky, good season. He's suspended for the first two games of the year, so take that into consideration, and while you may not select him on draft day, he is someone you may want to claim on waivers closer to his Week 3 return.

Honorable Mention: CJ Fiedorowicz, Houston Texans. Fiedorowicz finished 12th targets among tight ends in 2016, 17th in fantasy scoring, and now has a potential upgrade at the quarterback positon. He's currently being drafted as the TE27 on Fantasy Pros and I see him as a very quality TE2 in 2017.