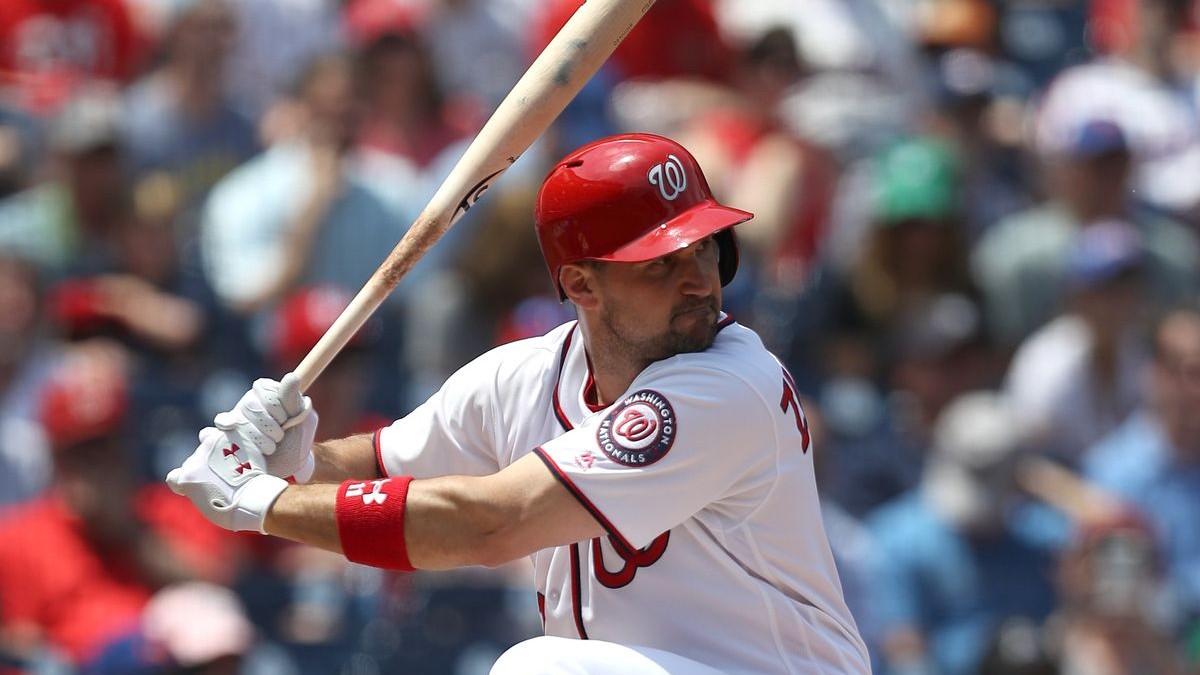 Amir Garrett is the Omaha Steak of the National League right now.

Amir Garrett (SP, Cincinnati Reds): Off to an amazing start, this former hoops player has been delivering for the Reds, and until proven otherwise. I will be starting Garrett in DFS and have already grabbed him in my season long leagues, because a hot flavor of the month, is sometimes just as filling as those salty, old seasoned meats. With a current record of 2-1 with a 1.83 ERA, Garrett has also struck out 21 batters over 19.2 innings.  The best part for Reds fans, is that over these three starts, Amir has only coughed up one dinger so far, and has only walked three batters, and avoiding those two lists is the key to longevity in Major League Baseball. Currently third in MLB with K/BB ration of 7.0, and in the top ten in all relevant pitching statistics in the National League, Garrett is a must start and own for the foreseeable future.

Ryan Zimmerman (1B, Washington Nationals): Grab and play before he gets injured! Zimmerman, who hasn’t played a full season since the Dubya Administration, is absolutely raking right now.  Battling a hefty .387, and only trailing teammate Bryce Harper, Big Z has also given away six souvenir home run balls, along with 16 RBI’s, and even chipped in one steal this young season.  Zimmerman has the leagues fourth best OPS at 1.215 right now, and like I said, as long as he is healthy, you need to play him.  History is not on Ryan’s side, with only 18 games played last year and only 115 the year before that.  He sports a career .279 batting average with six seasons over 20 home runs on his resume, but Zimmerman hasn’t hit more than 16 since 2013.  While he's batting out of the five spot, he will continue to see juicy pitches, as starters will feebly try to avoid Harper and Daniel Murphy who bat ahead of him in an extremely hot, hitting Nationals line-up.

Without much power before, I wonder if Starling Marte could curl this bat without the help of dope.

Starling Marte (OF, Pittsburgh Pirates): Doping? Nine Home Runs? Are they sure they grabbed the right piss-test?  Dope is certainly right in Starling’s case, and his stock will be down all year now, and season long owners will be feeling this sting for a few months and then probably another month to get his timing back.  Not only does fantasy lose a player who is a four category stat-filler, but the Pirates lose a key cog in the middle of their line-up. Marte is in his prime years with a career .288 batting average and an average of 43 stolen bases a season, so it will be a huge loss.  If Marte was legit before he got caught doping, we can expect the return to a decent average and the steals as well, but I wouldn’t even think of home runs from him, not even the nine from last season.  Marte is also a two-time Gold Glove Centerfielder, and that will be missed more than anything his bat would do for the Pirates.

Carlos Martinez (SP, St. Louis Cardinals): Off to a dismal 0-3 start, many of us were expecting Carlos to be the ace of the Cardinals staff, and a steady number two starting pitcher in our fantasy leagues. In four starts Martinez has walked 11 batters, given up three homers, and sports a 4.76 ERA, which is a point and a half higher than his career ERA average of 3.39.  Carlos is currently giving up his career high in runs per game at 4.62 RA/9, and not getting the best defensive help -.063 RA9def, which is bad. Over past seasons, Martinez was at -0.06 and +.11 two years ago, so this trajectory slide is continuing to deepen each season.  Some good news though is that he is getting strike-outs with two of his four games in double-digit K’s, and in those two games, he averaged 19 Swinging Strikes each game.  It’s the other two games that are the real warts this season, where he has only gone six innings in one and five in the other.  We’re going to have to ride this out until Carlos gets it back on track consistently, but use caution.

You can find more work from Pat at mastersball.com and make sure to follow him on Twitter @polkapat.