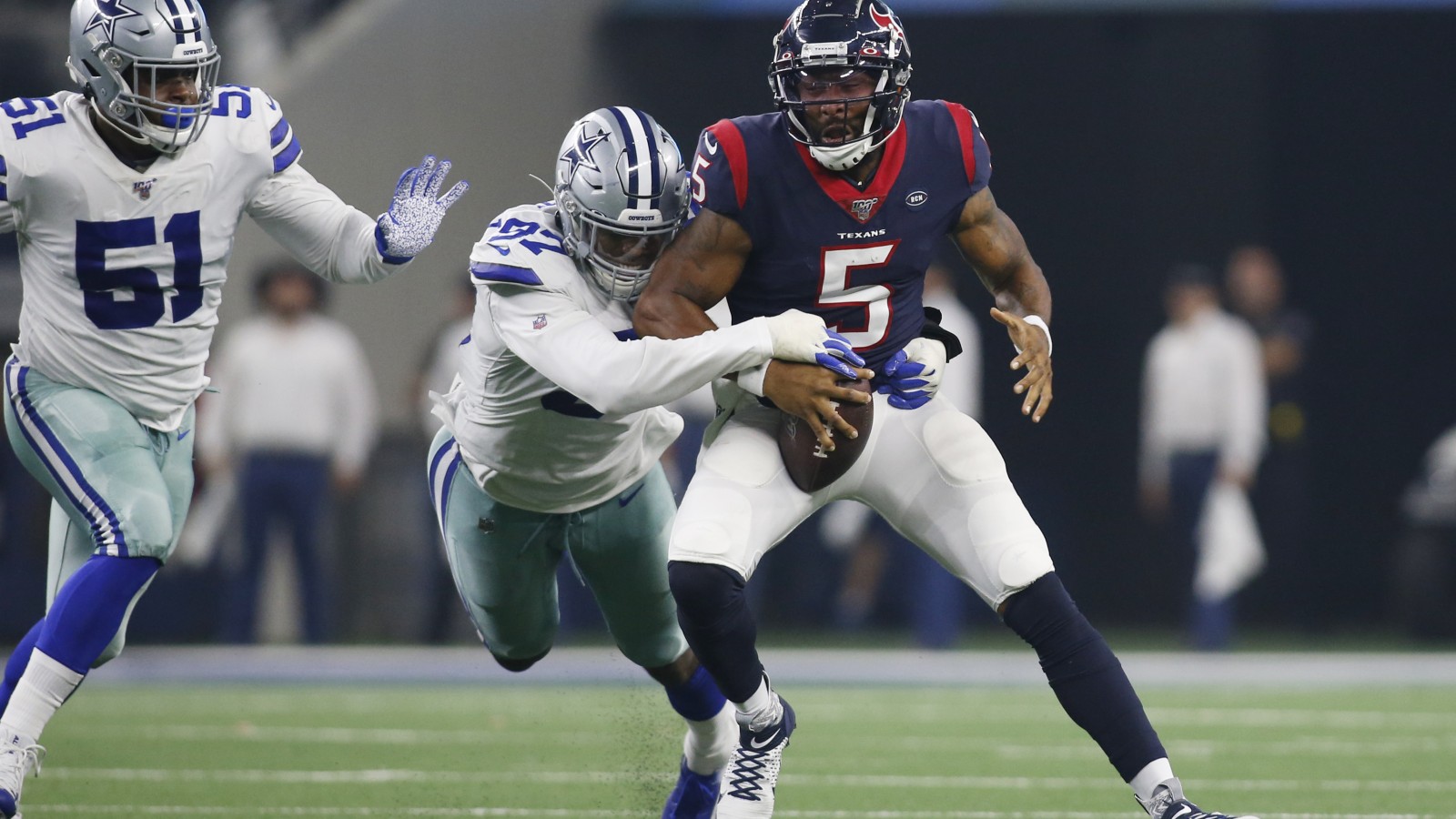 Streaming defenses is a strategy I have been using for years. If you still play in a league where they require a starting defense, you may opt to stream instead of wasting a roster spot on one defense all season. Streaming is a viable option because you can play matchups instead of wondering whether or not the defense you drafted will be a great option each week.

If you ended up with a defense like the Chicago Bears, for instance, there is no need to stream at the moment. If you just drafted a filler defense or did not draft one at all, streaming might be right up your alley. These are four defenses that I find appealing to stream this week. These are all defenses owned in 50% or less of leagues.

Seattle Defense (vs CIN)
ESPN Ownership: 15%
Yahoo Ownership: 38%
Seattle’s defense used to be that impressive defense that went in the top three of defenses during drafts. Times have changed, and they are now owned way below 50% in both ESPN and Yahoo platforms.

This week they take on the Cincinnati Bengals who will be without star wideout A.J. Green. Andy Dalton is not the greatest quarterback, so he is bound to make at least a few errors. Oh, and I should state that Cincinnati has to travel to Seattle. The crowd noise will factor into the game, and this could shake up the Bengals.

The Seahawks just scored themselves Jadeveon Clowney who looks to make a mark on the defensive side of the ball. Seattle has also been an adequate defensive choice over the last few years. Even not being what they once were, they’re worth taking a shot on. They have been a top-10 defense for almost a decade, and their stats should reflect this in the week one matchup with Cincinnati.

Dallas Defense (vs NYG)
ESPN Ownership: 27%
Yahoo Ownership: 49%
Not a homer pick here. The Dallas Cowboys defense is a quite strong and reliable defense. You know that the defense is salivating knowing they get to go up against Eli Manning who has not been satisfactory for several years.

Golden Tate was suspended earlier this pre-season. Sterling Shepard being their number one wide receiver is not ideal. He has also been injured, so that will benefit the Dallas defense.

The Giants will have to rely heavily on their run game with the astonishing Saquon Barkley. The Cowboys only gave up a total of 3.8 yards per attempt last year to the running back position, so it might be difficult out there for Barkley. It will be even harder for Barkley if he has to carry the team on his back due to the lack of offensive studs on the Giants. It is worth taking a gamble on the Dallas defense and hoping for loads of Manning turnovers.

Detroit Defense (@ ARI)
ESPN Ownership: 3%
Yahoo Ownership: 2%
This one is tricky, but if you want to go all out and try to make a splash, the Detroit Lions defense is the defense for you. They could have a boom of a game since Arizona’s quarterback Kyler Murray is a rookie who has never played in an in-season NFL game.

Although he was the number one pick in this year’s draft, we do not know what kind of quarterback we are going to get. He could be astounding, or he could come out and stink up his first game with the pros.

Josh Rosen was the quarterback for the Cardinals last season, and that team looked appalling. Will they look any better with Murray behind center? We will find out in the opening game he plays against Detroit. The Lions had 43 sacks last season, so they have a shot at getting to the quarterback early. If you feel that an inexperienced field general is going to have a rocky start in his first game, put your money on the Detroit defense.

Kansas City (@ JAC)
ESPN Ownership: 13%
Yahoo Ownership: 27%
Blake Bortles is gone as quarterback for the Jaguars, and now Nick Foles is under center. Jacksonville did not look sufficient last season, and only time will tell if they’ll be better with a new and upgraded quarterback. Foles is all over the place. Sometimes he is on fire and other times he looks poor. We don’t know which Foles we will see in week one versus Kansas City.

Last season, Kansas City closed out the year as the number six defense. They were not pretty to watch, but a lot of times in fantasy the things that don’t look so attractive end up being a lock. The Chiefs have an astounding offense, so teams often find themselves playing from behind. This, in turn, can result in opposing teams taking risks they would not normally take to gain points.

Watch for Kansas City to attack hard, especially if Jacksonville gets down early. The Chiefs can also get to the quarterback, sacking opposing quarterbacks a whopping 52 times last season. That defense also had 27 forced turnovers. Sure, they got rid of some of their key defensive players, but they will still be an exceptional option to stream this week. If Nick Foles and company aren’t careful, they can help start Kansas City’s sack total in a significant way.

There are a few different defenses out there that are owned more than 50% but less than 100% that I would also take into consideration if they are available in your league. The Buffalo Bills at New York Jets, Los Angeles Chargers vs Indianapolis Colts, Philadelphia Eagles vs Washington Redskins, and Cleveland Browns vs Tennessee Titans are all marginally owned but could be available on your waivers. Check to see if any of those are available as well.

You can find me on Twitter @thekaceykasem. Feel free to give me a follow, and let’s chat it up.