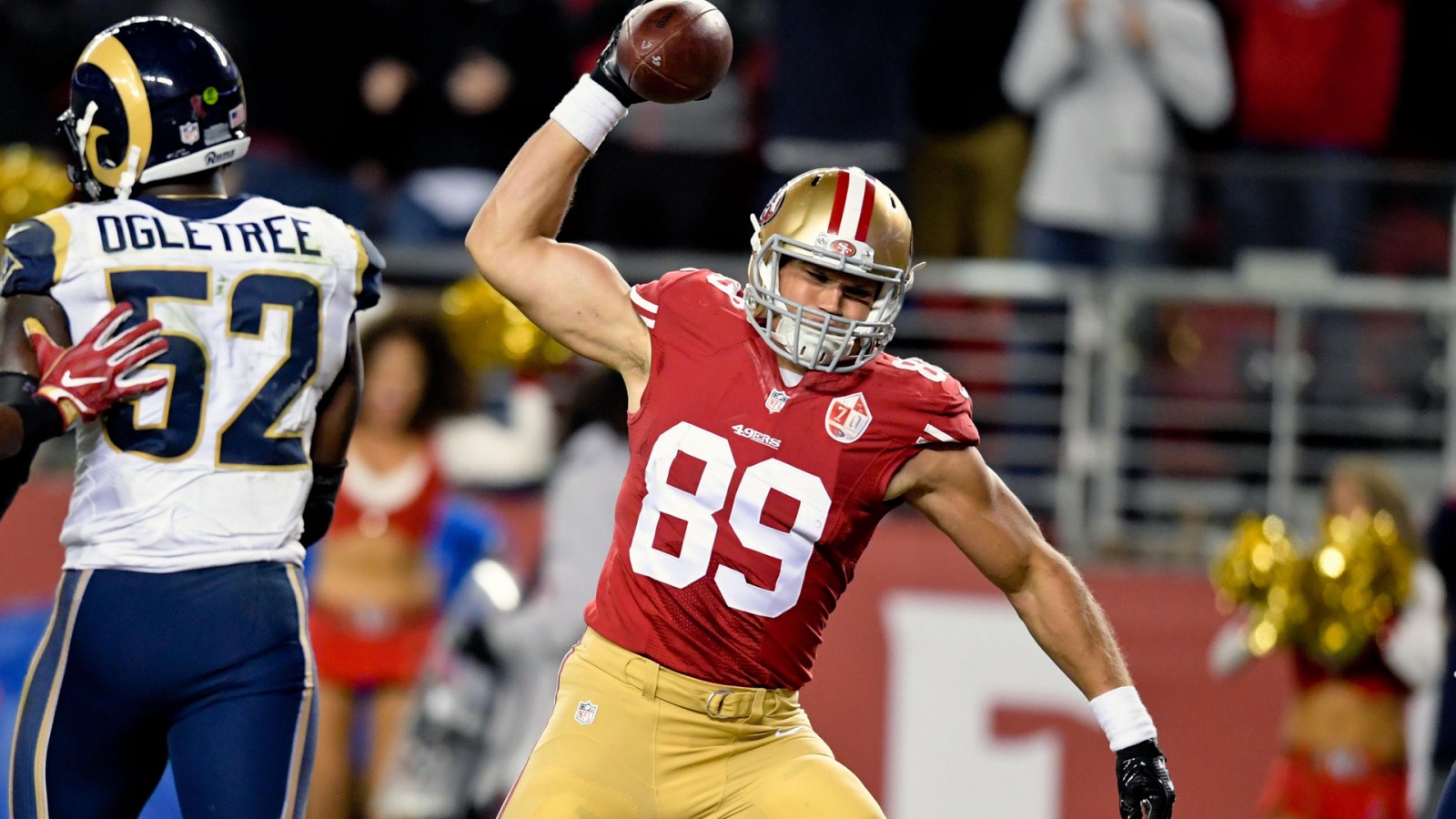 I want to preface this article by stating that the streaming landscape is immensely barren this week. This has been a trend all season, as I feel the streamers haven’t been up to par with previous years. A lot of them have been misses, but there are always a few diamonds in the rough. Before waivers run, check out these quarterback and tight end streaming options that give you the best chance to win this week. I have listed them in the order I would attempt to acquire them.

Mitch Trubisky has seen his fair share of spots on the streaming quarterback list this season. He’s another one of those field generals that might not be pleasant to watch play but can do wonders for your fantasy team. Out of all the widely assessable quarterbacks on waivers this week, Trubisky is the first guy you should set your sights on. He only completed 26 of 50 passes last week when competing against the Patriots, but he also happened to toss for 333 yards and two scores. Yes, two interceptions took place that day, but he still managed to put up a solid 31.4 fantasy points in PPR leagues.

This is the third week in a row that Trubisky has put up more than 27 points in fantasy leagues. It is partially due to his running capabilities. Against New England, he ran the ball for six attempts and 81 yards. He also snagged a touchdown on the ground. His last three games have him totaling at least 47 rushing yards. Running quarterbacks can get you a sizable number of fantasy points, so look to obtain Trubisky and roll him out versus the Jets in week 8.

This suggestion doesn’t feel like the greatest recommendation to type out, but there are some benefits to starting Carr this week. For one, this could be a high scoring game when the Raiders take on the Colts. A high scoring game means Carr will have to air it out. Marshawn Lynch is currently on Injured Reserve so in steps Jalen Richard. Richard is a running back who is known for his pass catching abilities. Carr will rely heavily on the Richard as well as Jordy Nelson and Jared Cook. Martavis Bryant’s pass-catching duties will also increase. Carr can find ways to make plays work with these players.

Amari Cooper is no longer with the Raiders as he was sent to Dallas, but he has not been having an impressive season this year anyway. Carr hasn’t been much to write home about either, but this game will give you a chance to start him. The Colts’ defense has looked shaky, and that will be advantageous for Carr.

Another frequenter of the streaming quarterbacks article is Mayfield. He hasn’t been the best option this season when it comes to streaming, but last week he finally cracked 20 fantasy points when up against Tampa Bay. This week, the Cleveland quarterback gets a chance to go up against a less than stellar Pittsburgh Steelers defense. He should be able to carry the momentum from week 7 into his week 8 contest.

Mayfield is very match-up dependent, but he can get you those rushing points if given the right situation. He had 43 rushing yards when he played Tampa Bay last week. Mayfield seems like he is starting to mesh with this team and should be able to take advantage of the Steelers defense that is allowing close to 23.9 fantasy points a game to quarterbacks. That would be the fourth worst in the NFL when it comes to giving up points to the men under center.

Also, check to see if Andy Dalton has been dropped after his bad game last week as he could be a viable streamer versus Tampa Bay as well.

Get this tight end NOW! First and foremost, Uzomah is taking on the Tampa Bay Buccaneers who are in dead last when it comes to passing defense. In the last four games, the tight end position has been able to haul in touchdowns. Even before those four games, Zach Ertz was able to bring in a jaw-dropping 11 targets. Yes, that was Zach Ertz, but we’re also dealing with a bad Buccaneers defense here.

The Bucs give up the absolute most fantasy points per game to tight ends, so Uzomah should have a field day with this. All season long, the tight end position has relied heavily on touchdowns, and Uzomah will try and get at least one when he faces the Bengals this weekend.

Vance McDonald is coming off a bye (which could be good news for you as people love dropping good players when they are on a bye so that they can find a replacement). He is available in a large number of leagues and is definitely worth a look at on waivers. McDonald did miss the first game of the year, and Jesse James was all the rage in his absence. Since McDonald has been back, he has looked like a solid low-end TE1 in almost all the games he has played. James does look to be the less talented tight end of the two.

This week, McDonald gets to play the Browns at home. Ben Roethlisberger does much better at home than he does away, so he should be targeting his pass catchers a lot in this game. McDonald is a big play threat that will be assisted generously by Big Ben in week 8. Definitely a guy who is worth picking up, and with a favorable upcoming schedule, should also be someone you consider keeping if in need of a good tight end.

Who? Right! He’s only the New York Jets tight end that has caught a touchdown for two straight weeks. He has had double-digit fantasy points in his last two games. Herndon also has a total of 12 receptions for 98 yards in those two games as well.  Now he is hoping to make it three weeks straight with a touchdown and even more yardage as the Jets take on the Chicago Bears.

Herndon is a massive end zone threat, and he will be even more of a threat versus the Bears due to Quincy Enunwa being injured and Terrelle Pryor being released. The Bears defense has been one of those defenses that started off hot, but they recently let both Brock Osweiler and Tom Brady throw for three touchdowns each. Yes, that is right… they let Osweiler throw three touchdowns. Herndon is a high-risk pick this week, but there is also a serious lack of tight end talent out there.  Taking a risk could pay off.

Other tight ends to consider include: Benjamin Watson, Dallas Goedert, and Mike Gesicki
Of note: David Njoku, O.J. Howard, and Jared Cook are all highly owned, but are still available in a portion of leagues (all worth picking up)