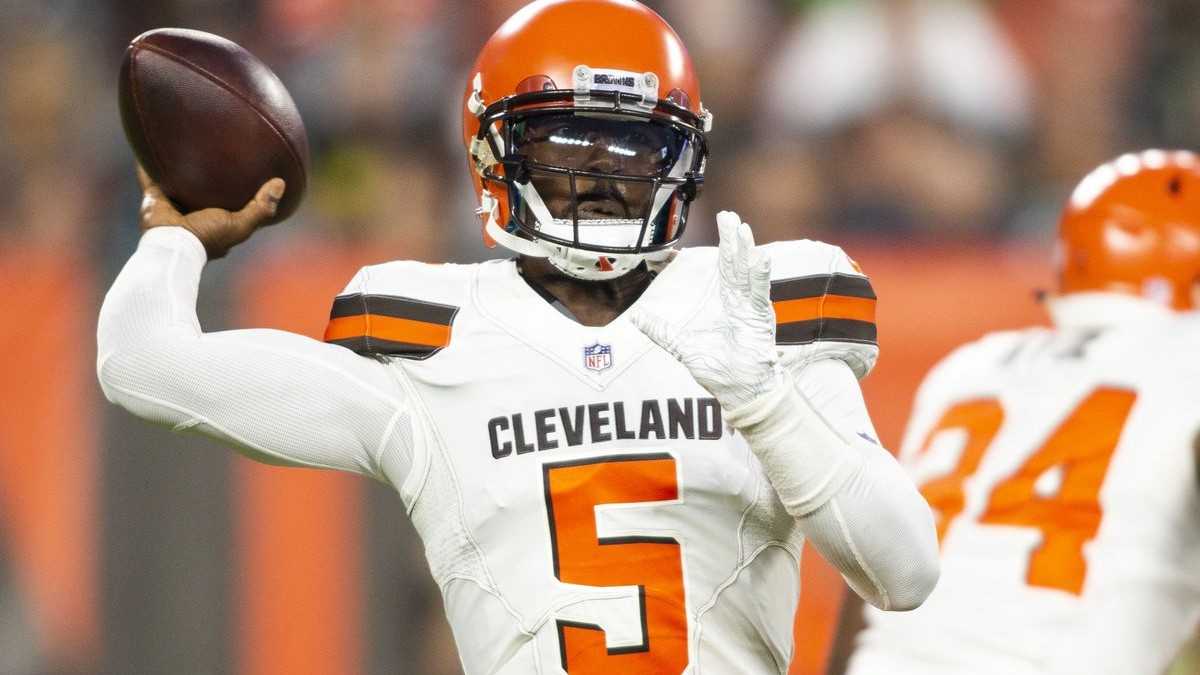 Time to dive into quarterback streamers for the second week of the season. There may be a few options available for you on waivers. If you want to know about offensive leaders who could help lead you to victory this week, you have come to the right place.

Again, these are quarterbacks worth streaming but should not be started over your studs (if you have one). These are guys who either have a favorable match-up or who have looked superb in a limited sample.

Alex Smith looked great in his season debut with the Washington Redskins. He tossed for 255 yards and two touchdowns in that game. The Indianapolis Colts defense gave up 6.6 yards per play to the Cincinnati Bengals when those two teams met up. Andy Dalton was able to throw for 8.7 passing yards per attempt, so Smith should be able to at least be comparable, if not better.

Smith has plenty of targets to throw the ball to on his team including Josh Doctson, Jamison Crowder, and Paul Richardson at wide receiver. None of those receivers did much for your fantasy team during the first week, but Smith should be able to get them more involved in this contest. Jordan Reed was also an imposing figure during the first week of the season. The tight end is ranked number five at the position after the first week and put up almost 13 fantasy points thanks in part to the play by his quarterback. If Reed can stay healthy, that should help increase the numbers Smith puts up. Grab him now if he is available and you’re needing a safe quarterback.

Tyrod Taylor makes it back on the list of viable streamers for the second week in a row. Taylor gets the New Orleans Saints in week two, and they are a team who allowed Ryan Fitzpatrick to look like a Hall of Famer. Fitzpatrick ended the day with 417 yards and four touchdowns.

Taylor did have a bad game through the air in his first contest, only completing 37.5% of his passes. Still, he ended the week as the QB6 overall. Taylor has the rushing ability that you look for in a streaming quarterback. Amazingly, Taylor rushed for 77 yards on eight attempts and managed to score a touchdown. He was also able to gain close to 24 points in this meeting. The Browns’ signal-caller threw the ball to eight different players in week one. This could be a high scoring affair, so look for Taylor to come out and have another stellar game.

The Denver Broncos game manager had a nice contest in week one. He tossed three touchdowns and threw for 329 total yards. Case Keenum did have three interceptions in the competition on Sunday. Even though he threw those picks, he still finished with an impressive 19 points.

Keenum will now face an Oakland defense that let the Los Angeles Rams gain 26 points and 365 total yards. The Rams have an ample amount of playmakers on their team, and the same can be said for Denver. Prepare for Demaryius Thomas and Emmanuel Sanders to both be heavily involved in the passing game and put up large fantasy numbers. Phillip Lindsay stepped up and had himself a game on Sunday. Keep an eye out for him to repeat this versus the Raiders. He is a running back who is skilled enough to also catch passes. In the first week, Oakland only had pressure on 14.7% of the dropbacks by the Rams, and this trend could continue in week two. Remember that Khalil Mack is no longer a part of the Raiders, so this will benefit Keenum.

These three men under center are players worth having on your radar. If they sustain these strong fantasy numbers, they could be worth adding to your team long-term. Right now they are just stream-worthy options, but they can manage to help you achieve your goal of winning this week.

Note that Ryan Fitzpatrick is not on this list. I would stream him if in a two-quarterback league. In my opinion, there is no way he puts up that kind of performance again. He could give you good statistics, but he also has the potential to bust. All players do (I’m looking at you Matthew Stafford in week one), but I need to see Fitzpatrick do well again for me to really feel confident in starting him. I don’t have a good feeling about his matchup against the Philadelphia Eagles and their strong defense.