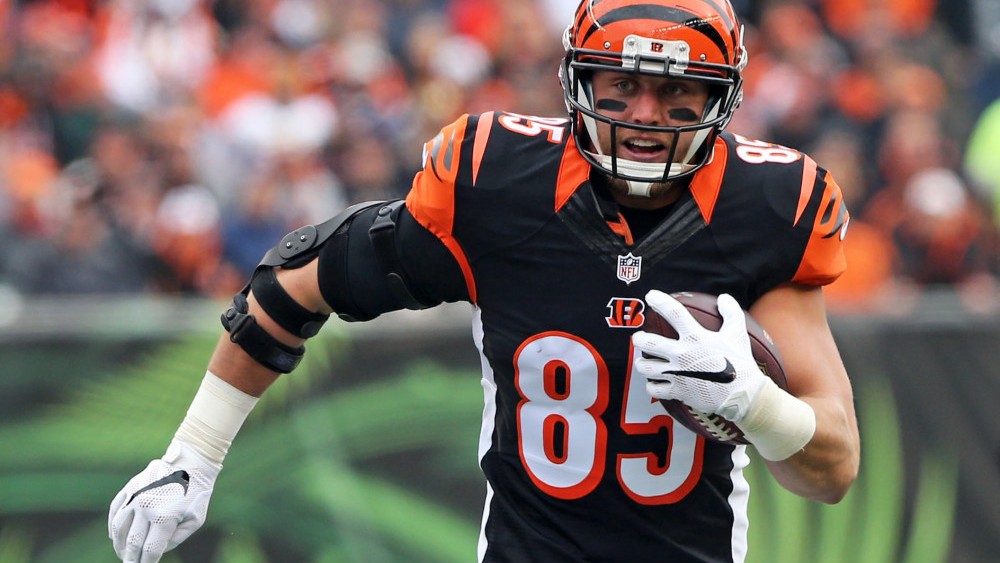 It’s week four, and tight ends are definitely hard to read. There are so many out there that boom one week and bust the next, and it’s very difficult to figure out what guy to start each week. Even players such as Rob Gronkowski and Travis Kelce have been hit or miss this season, so you never know what is going to happen. It looks like there are a few viable options out there at tight end, but be warned that they may disappoint (here’s looking at you Jesse James and Will Dissly in week three).

As for the defense situation, there are a handful of teams on the waiver wire this week that will be able to help out if you have a team on a bye week or just don’t like the defense you currently own. There are not a ton of options out there, but there are enough to help you get a decent amount of points. It has been hard to tell what tight ends and defenses will contribute the most to your team, but there are enough viable options that you should be fine streaming this week. I will start by giving you tight end suggestions and then finish it up with defensive streamers.

David Njoku is available in more leagues than he should be. He is a talented tight end, and that is actually hard to find this season. He’s started off slow, but that’s in part to Tyrod Taylor being at the helm. Now that Baker Mayfield is in the starting role at quarterback, look for Njoku to get more targets. He was able to haul in both of the throws Mayfield tossed his way. Those two targets ended up going for 36-yards which doesn’t seem too impressive, but considering how low his yardage was prior to Mayfield entering the game, you can only expect that number to rise. Owners have been down on Njoku, so many have cut ties with him. If he is available in your league, you should rush to pick him up. Who knows… maybe the Browns can win another game against a 0-3 Oakland Raiders squad.

Tyler Eifert is another tight end that should be picked up if available, With the way the tight end landscape has shaped out so far in 2018, you could do a lot worse than Eifert. I know that sounds scary, but plenty of guys have put up disappointing numbers this season. In week three, Eifert brought in six of his eight targets for 74 total yards and a touchdown. Prior to this contest, he had an unimpressive five catches for 67 combined total yards in two weeks. The A.J. Green groin injury opened up volume for Eifert in the third week. Green could quite possibly be a no go in week four, even though he wants to. If he cannot make it on the field, keep an eye on Eifert to be a huge tight end target this week. I have already said it once, but play Eifert while he’s still healthy.

Zero-percent is a scary situation, yet I’m going to take a dart throw on this guy this week. Yes, Brett Ellison might not be the sexy pick-up this week, but how many tight ends actually are? Second-year tight end Evan Engram was highly drafted this year, but he is dealing with an injury that will keep him sidelined week-to-week. His backup is Ellison who ended the day on Sunday with just under 13 points in PPR leagues. Eli Manning may look toward Ellison to make a big splash in the offense like he did last week Ellison only managed 39-yards in the third week, but he also caught a touchdown. Most of the tight ends at your disposal in fantasy football are touchdown dependent, so it could be worth the risk to take a chance on Ellison. Ellison was out for a whopping 89-percent of the snaps on the Sunday game, so he could play a large role yet again this week. Look for Manning to target him more often as well as Sterling Shepard, a wideout who had a big game on Sunday.

Other tight ends I would coin-flip whether or not they have good games: Vance McDonald (hello, Jesse James), O.J. Howard (hey there, Cameron Brate), Dallas Goedert (what up, Zach Ertz), and Austin Hooper (touchdown or bust)

Cleveland Browns @ Oakland Raiders
So far in 2018, Cleveland has lit it up with a nine-sack, five interception, six fumble recovery stat line. They have two games of 11-points this season to go along with one game of nine-points. Finding a defense that can manage that is hard to come by. They are currently the number four ranked defense, so worth a shot. This week, they take on a struggling Oakland team. Denzel Ward, cornerback for the Browns, has a forced fumble (that was recovered) to go along with his two interceptions. And Myles Garrett is currently a beast which makes the Cleveland defense an excellent buy candidate. Oh, let me remind you of the fact that Derek Carr, quarterback for the Raiders, has been picked off at least twice in two of his games this 2018 season. Look for Cleveland to have a field day here, running with the momentum they have from their Thursday night win.

Seattle Seahawks @ Arizona Cardinals
Seattle looked terrific against the Dallas Cowboys on Sunday afternoon. Now they get to take on a floundering Arizona Cardinals offense in the fourth week of the season. The Seahawks are a ghost of what they once were when they were the Legion of Boom, but they still manage to have seven interceptions in 2018 (tied for the league leader). The Cardinals have gifted seven sacks this season to their opponents. They also happened to turn the ball over a hefty seven times as well. Arizona cannot find a way to score, won’t use their offensive weapons properly, and rookie Josh Rosen will be starting his first game after entering the last contest for Sam Bradford. Arizona has allowed the most points to defenses playing up against them, so Seattle should manage to put up fantasy numbers this week.

Detroit Lions @ Dallas Cowboys
Dallas cannot pass the ball. Dak Prescott only has three passes over 15-yards this season, and he is putting up Quincy Carter-esque stats. This is not good for Dallas, but definitely beneficial for the team playing opposite them this week. The Detroit Lions are so close to a top-12 status at defense this season. They did manage to have a top-10 week when they upset the Patriots on Sunday.. The Dallas offense will more-than-likely not be able to keep up with the Detroit defense. Arizona is the only NFL team that has posted fewer points and yards in the NFC, so that’s saying something considering they cannot get their act together either. Prescott is constantly overthrowing his receivers, getting sacked due to poor decision making and a poor offensive line, and just not scoring points. Look for the Lions to pounce on this situation in their week four meeting.

It is a bye week and that on top of injuries and uncertainties have caused many fantasy players to abandon ship on players they’ve drafted and turn their attention to streaming candidates. Hopefully, if you’re in need of a viable plug and play this week, there are a good number of options available to you.