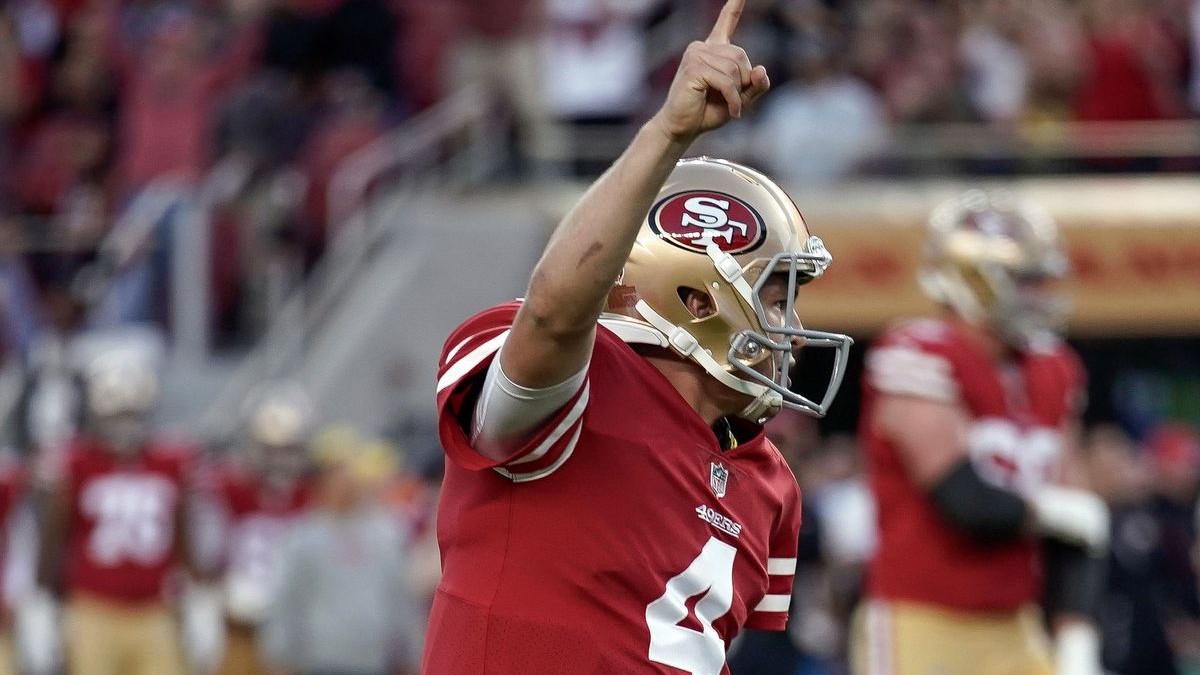 Who can believe we’re already in week ten of the 2018 season? It seems like just yesterday the football season started. This week, there are four teams on bye. You’ll have to find replacements for your players from the Baltimore Ravens, Denver Broncos, Houston Texans, and Minnesota Vikings. No need to fret, there are a sufficient amount of players available for you to stream this week. Below, I will list out the tight ends, quarterbacks, and defenses that can help you out when in a bind.

Not a stranger to being on the streaming list, Herndon makes it yet again. Last week, he had his greatest game of the season despite breaking his three-game touchdown streak. Four targets were tossed his way, and he grabbed all four of those. The Jets offense has been mediocre this season, but last week Herndon tallied 62 yards (a team high). One of those catches he brought in went for 28 yards. This week’s contest is against the Buffalo Bills who have been pretty decent against the tight end position, but Herndon is one of the only targets who has been dependable. Look for Herndon to have another solid game.

The Indianapolis Colts were on a bye last week, and Doyle has been injured. Also, add into the equation that Eric Ebron has been tearing it up at tight end for the Colts. In my opinion, none of that hurts Doyle’s value. Tight ends are so hard to come by, so why not grab a guy who has shown the talent? Doyle is healthy now, so he’s worth a look. He has played three games this year, and he ended up with at least 13 PPR points in two of those three games. Not only that, when he came back he had a large amount of the snap count share. Ebron and Doyle can co-exist in this system, but Doyle looks to be taking away from Ebron’s snaps. The Jaguars are the team taking on the Colts this week, but the matchup is not terrible. Due to being on bye and his injury this season, you can pick up Doyle now and stream with confidence.

Old man Watson had his best game of the 2018 season in the last game versus the Rams. He not only had a total of 62 yards, but he happened to score a touchdown as well. This week, Watson takes on the Cincinnati Bengals, a defense that has allowed the most fantasy football points per game to the tight ends they’re playing against. Watson is a reliable tight end who has caught a touchdown in two of his last three games while also getting targeted heavily (for a tight end) by Drew Brees. He catches the balls thrown his direction. Watson can be a boom or bust type of guy, but he’s worth plugging in if you’re in need of a tight end replacement.

Other tight ends to consider are O.J. Howard (if he is somehow still available), Jordan Thomas, C.J. Uzomah (with A.J. Green being out a few games), and Vernon Davis.

This might be your last chance to start Mayfield with any sort of confidence, so get in on it while you can. This contest sees Mayfield taking on the Falcons at home. After this, he has a bye week and then a tough schedule. Sure, Mayfield is currently averaging 231 yards over the last three games, but he has a chance to go for more this week versus a Falcons defense which allows the second most fantasy points per game to opposing quarterbacks. Now that Duke Johnson has become more dependent and fantasy relevant due to his pass catching abilities (78 yards and two touchdowns in the last contest), Baker has a reliable weapon at his disposal. Mayfield happened to complete 69% of his passes during the last game, and this number could rise even more when playing Atlanta.

Hello, young man whom no one could have seen crushing it on Thursday Night Football. He’s the man who came into the season as the number three quarterback for the 49ers. His first game against the Oakland Raiders had him putting up a 151.9 quarterback rating. Mullens threw for three touchdowns and 262 yards which was super impressive for a quarterback filling in for C.J. Beathard at the last minute. He is not losing this starting job this week when the 49ers take on the New York Giants on Monday night. The Giants defense is nothing special. In the Giants’ last four games, they have allowed at least one passing touchdown a game. For those of you who are concerned Mullens will crack under the pressure of the primetime game, remember that first game he played was on primetime as well. Mullens could be a wonderful bye week fill in this week.

Alex Smith is as bland as bland can be, but he’s still a viable streamer this week. This contest, Smith takes on the Tampa Bay Buccaneers who have a defense that hasn’t been good this year. The Buccaneers have given up the most fantasy football points per game to quarterbacks this season which bodes well for Smith. Smith doesn’t throw for multiple scores a contest, but this could be one of those games where he gets going. Both Chris Thompson and Jamison Crowder have been banged up, so Smith has had to be creative --- throwing to such targets as Vernon Davis and Maurice Harris. He could continue to get these players involved. Smith is worth a stream if you’re in need.

Other quarterbacks to stream if you’re in need include Andy Dalton, Ryan Fitzpatrick, and Dak Prescott.

The first rule of streaming defenses, pick up whoever is playing the Buffalo Bills. This week, the defense to grab is the Jets. The Jets haven’t been the greatest of defenses this season, but does that really matter when you’re playing the Bills? No matter who is under center, the Bills just can’t get it done. There have been a total of 14 turnovers via Bills quarterbacks in the past four games, and four of those resulted in defensive touchdowns. The Jets haven’t been known for their takeaways this year (not having a turnover since week 6), but this might be that week it all turns around.

This might be another one of those “pick up whoever is playing ____”. You can definitely pick up the Chargers this week and stream them against the Raiders with confidence. The Chargers defense has looked mighty fine as of late. They have double-digit fantasy points in three of the last four games as well as at least one interception per game since the second game of the season. In the past four games, the Chargers defense has gained 14 sacks. This solid defense has been worth playing, even without star Joey Bosa. They should be able to take care of the Raiders this week.

Tampa Bay, oh how they love to turn the ball over. This is excellent news for the Washington Redskins in week ten as they take on the Bucs. The Washington defense has gained at least one turnover in each game they’ve played this year, and the total turnovers they have equals 14. This is beneficial this week when the Redskins take on such a turnover-heavy team. Sure, Tampa Bay throws touchdowns, but they are guaranteed to have interceptions thrown as well. Washington is an excellent plug and play defense this contest if you’re in need of a bye week replacement.

With four teams on bye, there is a chance you’ll have to stream this week. Take a look at the options I showed that are more than likely available, and feel good about whom you plug in.