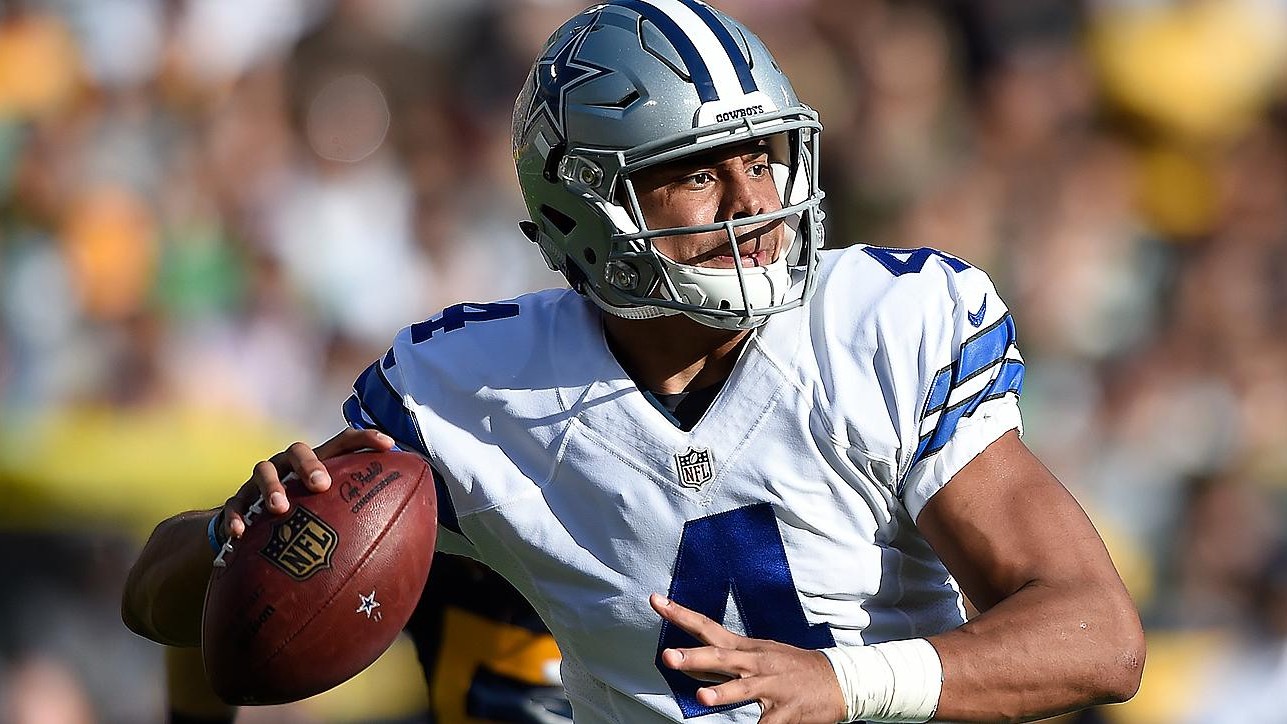 Welcome to week 13 where you don’t have to worry about bye weeks any longer. What you do have to worry about is whether your current tight end, quarterback or defense is reliable enough to get you the much-needed win. Playoffs are either already starting up for your league or they will be happening soon, so you want to make sure you get the optimal amount of points possible. Streaming is risky as always, but there are some diamonds in the rough that could hit big.

Surprisingly, Everett’s ownership percentage hasn’t climbed rapidly. He was on a bye week this past week, so that could have kept his numbers down. When he did play in week 11, he had two scores against a solid Chiefs team. The fact that Cooper Kupp is out for the remainder of the season should impact Everett in a positive way. In week 13, he gets to take on the Detroit Lions, so look to grab him off of waivers if he is there.

In Uzomah’s prior game, he was targeted an abundance. The Bengals tight end happened to be passed to a whopping 13 times. Now Uzomah and company get to go up against a Denver defense that loves giving yards up to tight ends. The Los Angeles Chargers tandem of Antonio Gates and Virgil Green scraped up 102 total yards combined. Uzomah does not have another tight end competing with him for catches, so look for him to be heavily involved in this contest.

Herndon has three touchdowns on the season, scoring once in week six, once in seven, and once in eight. Although he hasn’t scored since week eight, he has still happened to gain a decent amount of fantasy points. In his week 12 contest versus the New England Patriots, he caught a season-high seven receptions on eight passes in his direction. He is a quick moving tight end that can be a red-zone threat if used properly. You may not get the touchdowns from him that you would like, but he is still dependable when it comes to gaining fantasy points.

The Amari Cooper factor must be helping out Prescott because he has been adding up positive fantasy games as of late. He has actually been a pretty solid fantasy quarterback this season, even when it looks like he might not be. The fact that he is a force to be reckoned with when it comes to his feet, plus the talents of Cooper and Ezekiel Elliott, make Prescott a quarterback worth a look. Prescott has put up a rushing score in each of the last three games, and this week he aims to continue this trend. This Thursday the Cowboys take on the Saints at home. The Saints are giving up plenty of points to quarterbacks each game as well as allowing for just over 285 yards per game to the men under center. Prescott should be able to rack up a decent fantasy game this Thursday night.

This ought to be a quality start for Keenum who has seen his fair share of rough patches this season. In week 13, things get a little easier for him as the Broncos match up against the Cincinnati Bengals. The Bengals are allowing multiple touchdowns to quarterbacks per game. In the last five games, Cincinnati has given up three or more passing touchdowns to quarterbacks in four of those contests. The Bengals do not have an impressive defense, so Keenum should be up to the task of having a good game. He happened to have zero turnovers in his last contest versus the Steelers to go along with two touchdowns. The yardage wasn’t there, but it should be against a disappointing Bengals defense.

This one is tricky as we are not for certain whether Jackson or Joe Flacco will get the start against Atlanta in week 13. If Jackson is the guy they have going, look for him to produce exceptionally well with his legs. In his last game versus Oakland, he scored a rushing touchdown and ran for 71 yards. His passing game could still use improvement, but he’s working on it. With his running skills, he is still a viable streaming option if he gets the start. Atlanta is known for having a hard time dealing with elusive quarterbacks, so Jackson is set to have a notable game if given the green light to start. The schedule for the Ravens looks nice down the stretch, so whether it’s Jackson or Flacco under center, you can feel confident starting either player.

The Oakland Raiders have been looking better in the turnover department recently, but they are still known for being very turnover prone. Even if takeaways do not occur during this game, you can count on the Kansas City Chiefs getting to the quarterback. The Chiefs love sacking the quarterback, and Derek Carr takes a beating on a weekly basis. Kansas City will find a way to get to him. The Chiefs manage to get fumble recoveries and have been known to grab a turnover here and there, so they’ll be champing at the bit this week.

Carolina gets lucky this week as they are up against another turnover happy team in the Tampa Bay Buccaneers. Interceptions and fumbles could be aplenty, and the Panthers will try their hardest to take advantage of this. Carolina took on the Buccaneers in week nine and came out of that contest with three sacks to go along with two turnovers. Jameis Winston may not have thrown a pick last week, but that doesn’t mean he won't throw one (or more) this week. He’s a turnover-friendly quarterback, so the Panthers will make the most of this.

We all know that the Seattle Seahawks are not the Seahawks of the past. The Legion of Boom has fizzled out and dissipated, leaving a Seattle defense that is up and down. This week, the Seahawks get a good match-up when they take on the San Francisco 49ers. Seattle’s schedule hasn’t been what one would call easy, but the 49ers give them the opportunity to pull a Big Sean and bounce back. Seattle will be at home for this contest which is always an advantage. Do not let the negative fantasy games scare you away from streaming this defense. Last week, the Buccaneers took on the 49ers, and even though they have an awful defense, they held San Francisco to only nine points. They also had two turnovers and four sacks in that game, so the Seahawks may be able to gain their confidence back in this contest. If the Bucs can play good defense against the 49ers, I would expect the Seahawks to as well.

Week 13 is here, and although it is ideal that you don’t have to stream anyone, chances are you could be in a bind in at least one league. If that is the case, the options available above could be wonderful adds. If you have any questions about players available on your waivers that I didn’t address here, you can always send me a tweet @thekaceykasem