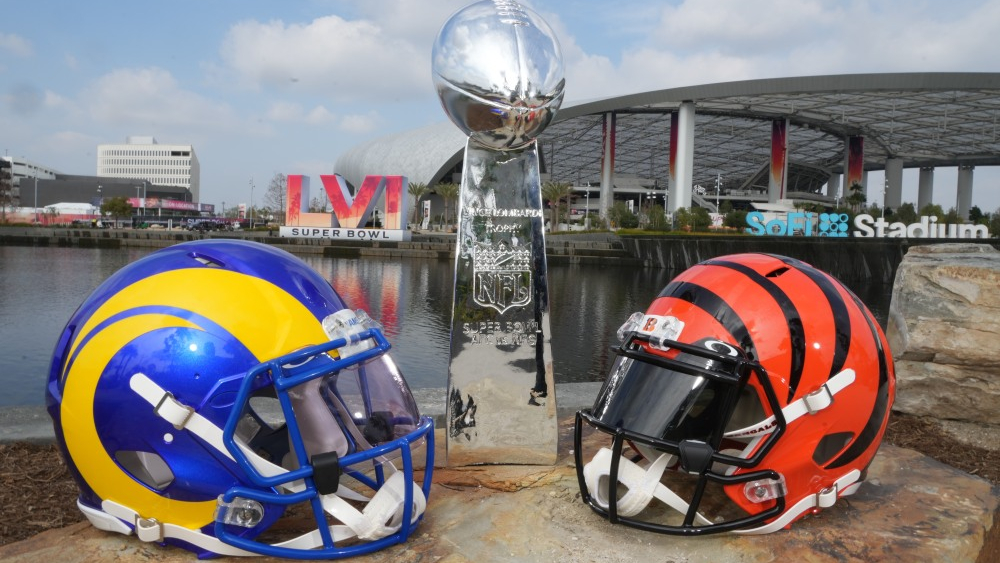 Here it is, guys, the moment we’ve been waiting for all season long. It’s Super Bowl week, and there are TONS of props to wager on, whether it’s player props, money lines, or even guessing the color of the Gatorade. As I said last week, some of us, regrettably, don’t live in a state where mobile sports betting is legal yet. We have to play parlays, and just one bad pick can ruin your chances of winning. Well, you’re in luck! I’m here to break down a few bets that I think are locks to help you win some cash.

We all love the narrative of Joe Brrrr, how he has ice in his veins and all that, but the stats don’t lie. Burrow has failed to hit the over on this mark in two of the last three playoff games, even after playing from way behind against the Kansas City Chiefs. The Rams are ranked 6th in total pass DVOA and have only allowed an average of 238.6 pass yards per game, well below the line. I also expect Burrow to take several sacks, eliminating any rushing upside he has to clear the over on this prop.

Look, there’s no denying that Ja’Marr Chase has had an absolutely sensational rookie year. Over the course of the season, he’s averaged 86.7 receiving yards per game with an average of 17.2 yards per reception. However, these numbers are a little deceiving on their face. In 12 out of his 20 games, Chase failed to hit the 80-yard mark, putting up as little as three yards against Denver in Week 15. Chase is also facing the father of all shutdown corners in Jalen Ramsey, and I don’t see Ramsey bending after weeks of talking about all the “smoke” he’s going to give Chase. This leads me to my next prop which is…

Tee Higgins went under the radar due to a few absences and a slow start to the season, but once he got rolling, he looked GOOD. Higgins averaged 76.5 receiving yards per game, and several of those big games have been in the back half of the year; he hit over the mark in six of his last nine games. He’s also matching up with Darious Williams, who ranks 83rd in yards allowed on the season, and Higgins has the size advantage with his 6’4” frame against a 5’10” Williams. While Chase has his hands full with Ramsey, Higgins should be open for business in an exploitable matchup.

In the company of fellow wide receivers Chase and Higgins, Tyler Boyd has been lost in the shuffle at times, but he has still averaged 46.84 yards per game. It’s a little closer average against the line than I like, but, according to Mina Kimes (and an absolute dime of wisdom she dropped on ESPN’s NFL Live), the Rams have allowed the 2nd highest quarterback rating against short passes between the numbers. Coincidentally, that’s where Boyd lives and thrives, and his other competition for underneath targets, C.J. Uzomah, is questionable for Sunday. He’s a boom or bust fantasy option, no doubt, but with all the attention on Chase, I think Boyd steps up and delivers the over on this prop.

No prop is ever guaranteed, but I think this line is as close to a free square as you can get. In the past two playoff games, Cooper Kupp has recorded 26.8 and 31.5 fantasy points respectively. Bengals’ cornerback Eli Apple has no chance of covering Kupp, as he has given up 70% of passes thrown his way in the playoffs. Kupp is a target monster, so if he sees his average number of targets and converts at that percentage, you basically get guaranteed bonus points to start with. I think Kupp smashes this over.

As I said last week, we all love a great comeback story, and what Cam Akers has done this year is nothing short of remarkable. To be back on a football field at all, let alone at a professional level is superhero stuff, but unfortunately, Akers’ presence hasn’t translated to on-the-field success. In the three games he’s played since his return, Akers has yet to rush for over 55 yards. There is also the matter of a split backfield, as Rams head coach Sean McVay has explicitly said they will work in a three-back rotation with Akers, Sony Michel, and Darrel Henderson. If this was a total yardage prop, I would have to think on this a little harder, but as it stands, I’m taking the under.

Much like Akers’ prop, if this was a total yardage prop, I would have to think harder on it, but, it’s not. Since Week 13, Joe Mixon has only his the over on this line in two of the eight games, and one of those games was an overtime thriller in Kansas City. The Rams rank 5th in both Rush DVOA and total rush yards per game, so this won’t be an easy over to hit. I think you can confidently take the under here.

While all the talk is on Ja’Marr Chase as the standout rookie of the year for the Bengals, we can’t forget about Evan McPherson. This kid is about as automatic as it comes, kicking for 100% in all but four games this season. He’s also got power behind his accuracy, nailing a 54-yarder last week against the Kansas City Chiefs. If he can do that in an open-air stadium, I have no doubt that he can in SoFi. Although I don’t normally bet on kickers, this one is too good to pass up.

If there is a weakness in this Los Angeles Rams offense, it’s the propensity of Matthew Stafford to throw interceptions. He’s thrown 18 on the year, with nine of those coming since Week 15. The Bengals aren’t necessarily ball hawks on the season, but after they intercepted Patrick Mahomes twice in the Conference Championship round, I’m willing to bet a tipped ball results in an interception.

We touched on Kupp in the Underdog portion, so I’m not going to beat a dead horse. Kupp has scored a touchdown or more in every game this postseason, and I don’t think he fails in the biggest game of his career.

This prop is an odd one, but hey, it’s the Super Bowl, so why not bet on some weird stuff? Over the past three games, the Bengals defense has allowed an average time of possession of 28.04 minutes per game. They’re a good enough offense to drive down the field and eat up the clock, plus, their defense has a habit of giving up chunk plays. Let’s get crazy!

I don’t know of any site that offers parlays for these wacky wagers, so those of us in states like mine may be out of luck. Still, if you’re betting in an office pool or at a party, these may be helpful.

Thanks to countless years of degenerates and data nerds, an average length of the national anthem from 1991-2020 is readily available on the interwebs. That average? One minute and 56 seconds. Now, Mickey Guyton is a country singer, so I could see a faster arrangement, but there’s no way she cuts almost 20 seconds off the average. Smash the over.

Since the first Super Bowl, the opening coin flip has landed “tails” 29 times and “heads” only 26 times. I could get into a mathematical diatribe about why this is, but it’s basically due to a slight weight imbalance on one side of the coin. If you want a slightly better than 50/50 chance, go tails.

This is a contrarian pick, as orange has the best odds, but I have to go with a matching color scheme of the winning team. There is also some data to back this up. Over the last ten Super Bowls, blue has been the color three times, tied for the most with orange. If you’re betting on something arbitrary, why not take the choice with the best return odds?

Will Snoop Dogg Smoke on Stage?

Unless he’s undergone some serious rebranding, how can you choose anything but yes? His entire hype is built around that persona. He smoked on stage even when it was illegal, so why would he not with California’s relaxed marijuana laws. This is a free square.

Good luck this week everyone! I hope you have lots of food, lots of good times, and make lots of money. Sign up for Underdog and use promo code LIGHTNING for a first-time deposit match up to $100. Follow me @Britt_Flinn on Twitter and let me know if any of these props paid off for you.