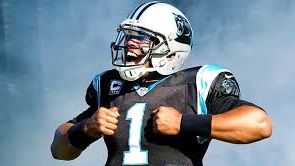 When one NFL MVP walks out the door you simply replace him with another, right?  Well, that’s exactly what the New England Patriots are trying to do with the signing of Cam Newton.

The groundwork in my mind was laid for this signing on November 3rd of last year.  That’s when the Baltimore Ravens ran roughshod over an undefeated Patriots outfit.   Lamar Jackson ran 16 times for 61 yards and two touchdowns.  The Ravens as a whole ran for 210 yards on 41 attempts.  To me, the biggest takeaway was the time of possession.  Baltimore owned the clock on this night by 14 minutes.  The duel threat of Lamar Jackson played havoc on what was at the time a stifling Pats D.  Don’t think Belichick wasn’t paying attention.

I wouldn’t be surprised if this offense looks nothing like the Brady ball you’ve known since 2001.  If you read former Patriots Executive Mike Lombardi’s book Gridiron Genius, you’ll see how Belichick is a master of adapting his schemes to his player's talents.  I believe he’ll do this with Newton.

For fantasy we want numbers.  All we care about is are we getting the Cam Newton who when healthy for a full 16 game season finished as a top-four fantasy QB five times?  Will we see a major uptick for his new weapons such as second-year wideout N’Keal Harry?  Will the threat of Newton keeping the snap open up rushing lanes for Sony Michel like it has for Mark Ingram in Baltimore?  These are the answers we won’t know until Cam takes the field.

This is a new world.  COVID-19 has changed everything including NFL offseason workout schedules.  Gone are OTA’s, replaced by Zoom meetings with position coaches.  Training camp will commence in late July, but will we see fewer preseason games?  None of these things bode well for a QB trying to learn a new system and build chemistry with receivers.

Cam Newton isn’t Tom Brady.  That might be the most obvious sentence I’ll write all year.  What Newton brings is what the NFL has evolved into.  Quarterbacks with second reaction playmaking ability.  Newton is a magician when plays breakdown and is a threat to run every time he takes a snap.  Tom Brady on the other hand was not.  Newton has rushed for 4806 yards since 2011.  Brady in ten more years has rushed for only 1037.  Even though Newton has only thrown for more than 24 touchdowns once it’s his ground game that keeps owners drafting him year after year.  Newton’s 58 rushing touchdowns rival stud running backs.  That’s why we care for fantasy.

Rushing production for Quarterbacks have become the fantasy difference maker and everyone wants a piece of it.  From Lamar Jackson to Josh Allen every modern-day QB is compared to Newton.  The question for Newton is what does he have left?

Coming off Lisfranc surgery on his left foot and right shoulder surgery in 2019 it’s fair to ask the question if Newton can survive another NFL season?  If you watched any of his contests the past two years you know he wasn’t right.  Newton is an arm thrower.  His mechanics are often abysmal, especially with regard to his lower body.  This leads to off-target throws and for fantasy missed opportunities.  His shoulder held him back early in ’19 until his foot finally did him in.  A signal-caller with a bad throwing shoulder and foot doesn’t sound like the recipe for fantasy success.  But one with his skillset will always get a second chance.

Cam should come off the board in the mid-rounds somewhere in the ballpark of QB 10-15.  His upside is QB1.  When selecting Cam in rounds 8-10 you’ll need to pair him with strong backup.  I like Matt Stafford, Jared Goff, or Big Ben as late-round companions to Newton.

If anyone can unlock Newton’s greatness again it’s Bill Belichick.  If the price is right in your drafts this an upside play, you’ll want to take.  Fantasy football is about winning.  Draft players with dynamic upside who can dominate your league.  Nobody cares who finishes second.  They are just tugging on Superman’s cape.