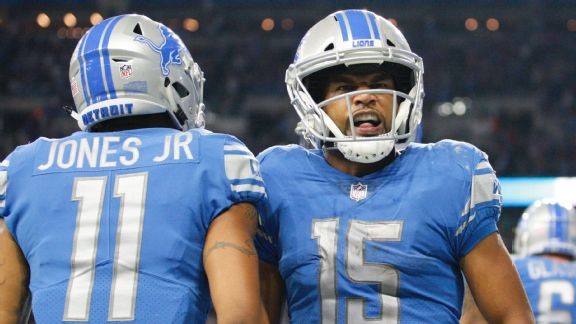 Before I get into the meat and potatoes of this article it has nothing to do with taking a dump, or anything of that nature. Just a good self-help article to remind you that some NFL team’s number two receivers are better than some team's number ones. There are numerous teams that are flush with a duo or trio of bad-ass wide outs, so let’s get to them. You can read this while taking a good number two if you like though... 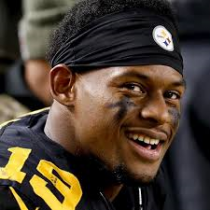 Let Juju help you win some cash this year.

JuJu Smith-Schuster caught people’s attention in his second game as a pro last season with his three reception/one touchdown game versus the pathetic Cleveland Browns. That’s where you should have grabbed him on waivers if he went undrafted in leagues. Now fast forward to year number two for JuJu and he's ranked 13th overall in my rankings, making him one of the best and biggest number two’s you can draft. If he makes it through the third round of any drafts, you’re drafting with idiots and ask for them to raise the league buy-in fees so you can steal more money from those chumps!

As with the Vikings later in this article, the Lions to me really have a pair of number two receivers. Neither is a flat out baller-dominate like Antonio Brown, but both are very good and complement each other greatly in the Lions pass happy offense. Last season both went over 1000 yards, with Jones having nine touchdowns to Tate’s five, yet Golden had 31 more receptions. I have Tate ranked at 19 and Jones at 21, so you really can't go wrong, but they are both clearly good number two wide receivers for your fantasy team. Heck maybe even a weaker number one if you decide to double or triple down on running backs early in your draft, love a top quarterback, or have a Gronk-Crush.

Will Fuller looked like the all-out number one receiver with Deshaun Watson as starting quarterback last season as the pair connected for seven touchdowns over a four week span. Now he's a third year wide out where they all used to breakout before OBD put that theory down the shitter his rookie year. Fuller stands a really good shot to produce as a low-end number wide receiver if Texas decides to air it out since DeAndre Hopkins should see double coverage every minute of every day, all the way from the parking lot to the locker room. I’m drafting Fuller way before some of the questionable number wide outs on teams with questionable quarterbacks.

Kupp will eat a hot dog and he will like it, damnit!!!

Kupp was a very nice surprise last season as the slot sensation in L.A. on a team that led the NFL with three-receiver sets (84%). With the tight ends last year only accounting for 17% of the targets, Kupp and Robert Woods will see lots of action regardless if Brandin Cooks is covered. There are plenty of mouths to feed in Sean McVay’s offense with Todd Gurley getting all the steaks and Cooks getting the less lean cuts. However, Kupp will settle for hot dogs and he will like it, and it will pay dividends for your fantasy squads as well. Now pass the mustard.

This was a really nice duo even before Kirk Cousins signed in the great white north, and now it’s flat out mouthwatering what these two studs might do. Yes Thielen is the number one WR, but Diggs isn’t that far behind and should see an increase in receptions (64) and yards (849) from last season numbers and may even increase his eight touchdowns as well. With an average draft position of 32.8 thus far, it may rise even higher if the pre-season causalities keep piling up.

Almost made it: Sammy Watkins, Chris Hogan, and Emmanuel Sanders