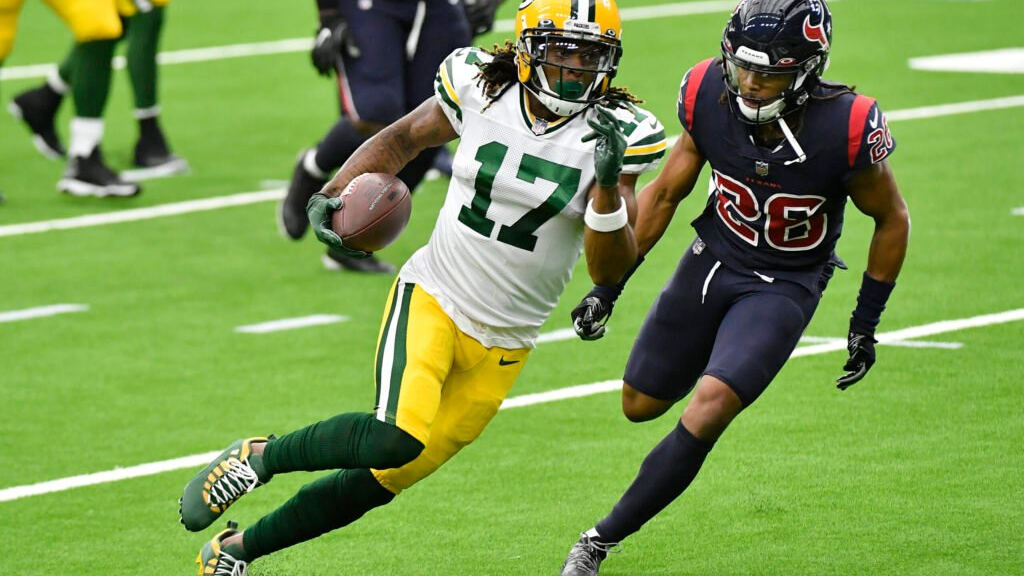 Y’all, there’s something we need to talk about: fantasy football is more popular than ever. According to the Fantasy Sports and Gaming Association, over 59 million people played in at least one league last season. New formats are continuously emerging, and if you’ve never played, joining a league can be a little daunting. There are positional rankings, league settings, and draft positions! All that can make your head spin. To help make some sense of it, I’ve compiled a list of mistakes I’ve made and have learned from. These lessons will undoubtedly give you an edge over your competition. Use the force wisely.

New formats for fantasy leagues are constantly emerging. I’ve competed in leagues with a roster spot for every position, including head coach (ugh, that’s a whole other article). That’s why the number one thing you should do as a fantasy manager is to get familiar with the league settings. Is it standard format? Half point per reception? Or full point PPR? Are there special scoring incentives for players? Conversely, are there escalating penalties for things like interceptions, fumbles, or missed kicks? These details may seem tedious at first, but they will make all the difference in your draft strategy.

If you need a real-world example, let’s look at Davante Adams. In Week 1 last season against Minnesota, he saw an unreal 17 targets with 14 receptions. In a PPR format, that added up to an insane 41.6 points, whereas he only saw 27.6 points in standard leagues. If your guy is a target monster, he’s gold in PPR formats. Plan your draft strategy accordingly.

This may be a very counter-intuitive point, but hear me out. Just because your favorite player or team is successful in the win/loss column doesn’t necessarily make them a good fantasy asset. Fantasy is based on volume, and sometimes the best fantasy players have to rely on that volume because they play from behind.

Let’s take Deshaun Watson as an example. Last season, the Texans' defense ranked next to last, as did the running game (P.S. that doesn’t look to get any better this season). That resulted in Watson throwing for over 4,800 yards in 2020, good for first in the league. Even though the Texans finished with a 4-12 record, Watson finished as a top-ten fantasy quarterback. That’s why we call this fantasy football *wink*.

During some of my early seasons of playing fantasy football, one of the biggest mistakes I made was forgetting to look at bye weeks. Around Week 7 or so, I would be in a panic. Who do I pick up? Who do I drop? I can’t drop my studs! This isn’t to say pass up a better player on bye week alone, but do keep an eye on the numbers. With this season expanding to 18 weeks and bye weeks stretching to week 14, it’s especially important, as most fantasy playoffs start that week. Can you imagine having Jonathan Taylor and Miles Sanders both on bye as you’re circling victory lane? Balance is the name of the game here.

I will use a personal experience that went completely right one season and completely wrong in another. I inherited a team that was a two-player keeper league, and Ezekiel Elliott happened to be one of my keepers. The way the draft fell, I ended up grabbing Dak Prescott and Amari Cooper. (This goes to my previous point about bye weeks; Week 7 was a wreck.) Even with a dicey Week 7, I demolished everyone and went to the finals. The next season, I thought, “This worked last year. Why not try it again?” All was well and good until Week 5 when Dak went down; the rest of my year was chaos. If you do decide to stack players, know that there is an inherent risk that comes along with it.

The Waiver Wire is Your Friend

As much as we all pretend that we know everything when draft day gets here, the truth of the matter is that it’s all just an educated guessing game. Injuries happen, new players emerge, and game scripts change. Play the waiver wire as much as possible. In my early fantasy days, I thought my team was the definition of badass and that I didn’t need to change anything. There’s something to be said for that, but why keep players on your bench that you will never start when there’s someone better out there? Don’t get cute, but don’t get complacent. Another point: wouldn’t you hate if a player you could have had ended up playing against you in the championship? This is the only time that prevent defense is acceptable, ha!

I can’t stress this last point enough. Practice makes perfect, and mocks are where you get the practice. Even if you research players’ average draft position (ADP), the numbers just run together, and there are obvious deviations. Mock drafts will give you an idea of where those deviations occur, how accurate the ADP rankings are, or when your league makes a run at certain positions. Your draft can also change drastically depending on what position you’re drafting in, how large your league is, or how enthusiastic your league-mates are about a particular player. Being prepared for anything helps you adjust and have contingency plans if your draft doesn’t shake out the way you thought it would.

At the risk of dumping too much information and going on a million tangents, I’m going to end it here for today. Be on the lookout for more draft strategies and tips as we gear up for pre-season and our fantasy drafts. As always, if you have any questions, comments, or disagreements/shit-talking about my takes, I’m @Britt_Flinn on Twitter. Let’s talk! Hope y’all enjoy!