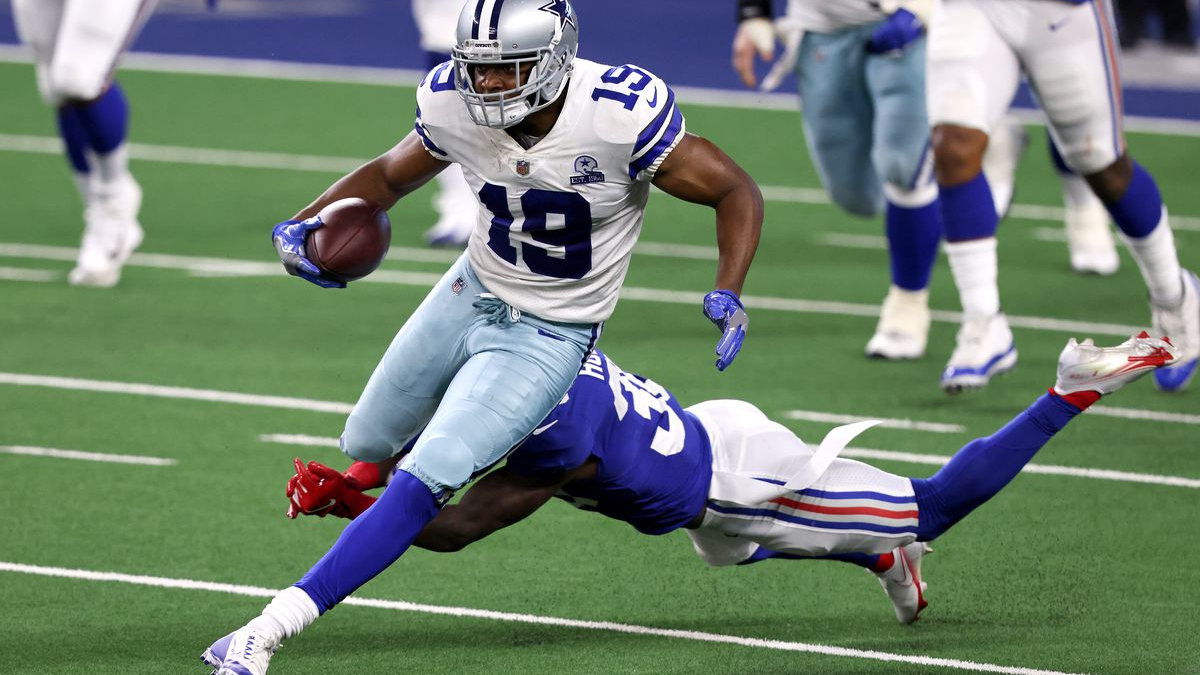 If you missed the first two parts, here are the links for Part 1 and Part 2. Let’s get started!

How Do I Decide Who to Start and Who to Sit?

Here we go, game time. You’re feeling good about your entire team, but there is a limited number of roster spots. So how do you decide who to start and who to sit in fantasy? The number one factor for me is a consistent fantasy producer over a player with “boom or bust” potential. I’ve been burned to try to chase upside many times. The instance that sticks out in my mind is Amari Cooper’s 2018 season with the Oakland Raiders. He was so wildly inconsistent that it was maddening trying to decide whether to play him. In Week 3, Cooper put up one tiny point, so I benched him. In Week 4, Cooper put up 18 points, so, of course, I played him again in Week 5, where he put up, again, one point.

You will drive yourself crazy trying to predict when a player will boom and when they will bust. Consistency wins every time.

Later in the season, look at the weather forecast and where the games are being played. Your stud receivers may not get as much work at a snowy Lambeau Field as they would in a dome like Ford Field. If it’s extremely windy, you may want to sit your normal starting quarterback and play a guy with a better matchup. Finally, when debating between two players and these other factors, play the better guy. Don’t try and get cute with matchups or projections.

In Part 2 of this series, I mentioned that it’s good to have a strategy when you’re going into your draft. Well, what are some of those strategies?

Zero-RB Strategy: Contrary to the name, you don’t go without drafting a running back. Zero-RB Strategy is based on the premise that wide receivers provide a better return in early rounds than running backs. Therefore, you draft wide receivers, quarterbacks, and even tight ends in the early rounds and don’t begin drafting your running backs until later in the draft. By doing this, you likely won’t end up with a bell-cow running back at the beginning of the season, but you do get players who play in a committee system or those who could see significant playing time if the starter gets injured.

Best Player Available: This strategy is exactly what it sounds like. Whoever has the highest ADP is the guy you take. While this may sound ideal, in practice, you can end up thin at some positions if you don’t watch your draft progress. You can also miss out on sleeper candidates.

How Should I Deal With Trades?

We all know that things change as the season progresses. Injuries occur, you need a replacement, and there’s not anyone you like on the waiver wire. If you have depth at a particular position, you may think about a trade. But what makes a good trade? First, assess the needs, strengths, and weaknesses of your team. You don’t want to rob Peter to pay Paul. A good trade should also be a net gain for your team. There’s no point in making a trade that doesn’t make your roster stronger. You can also sweeten the pot by offering a two for one deal.

Finally, if someone offers you a trade, don’t let it sit in limbo. If you need to think about it, communicate with the person making the offer. It makes it difficult to set your lineup for the upcoming week when there’s a trade hanging over your head.

IDP Leagues: What are They and How Should I Draft?

First things first: IDP stands for “Individual Defensive Player.” In these leagues, fantasy managers roster anywhere from one defensive player to every defensive position. If you sign up for an IDP league, note that it’s much more work than a standard league, but they’re so fun! What should your draft strategy be in an IDP league? I’m glad you asked. For the most part, you keep the strategy you would use in a regular league; fill in your skill position players first, then find your defensive players. The next part is a little counter-intuitive: good individual defensive players can come from bad overall defenses. Since the bulk of your points come from tackles, you want a player who sees many snaps and has more opportunity to make those tackles. I’ll give you an example.

In 2017, the Cleveland Browns finished 0-16; their defense was horrendous. However, Joe Schobert, their linebacker, had an outstanding IDP year. He played all 16 games and finished with 143 combined tackles (solo and assisted), three sacks, three forced fumbles, and an interception, finishing in the top-15 of all defensive players.

That brings me to another point. If your league only has one IDP spot, I advocate drafting linebackers first. In 2020, all but four of the overall defensive players were linebackers. As good as a shut-down corner is in real-life football, you’re not going to see him put up a lot of points because of the lack of tackles. The best fantasy corner in the league last season, Marlon Humphrey, averaged 8.7 points per game, while the best linebacker, Devin White, averaged 12.7 ppg. Those four points could be the difference-maker in tight matchups.

Well, we’ve come to the end of the series. I hope these articles help you edge the competition and take home your league trophy this season. Good luck! As always, if you have any questions, comments, or disagreements/shit-talking about my takes, I’m @Britt_Flinn on Twitter. Happy drafting!