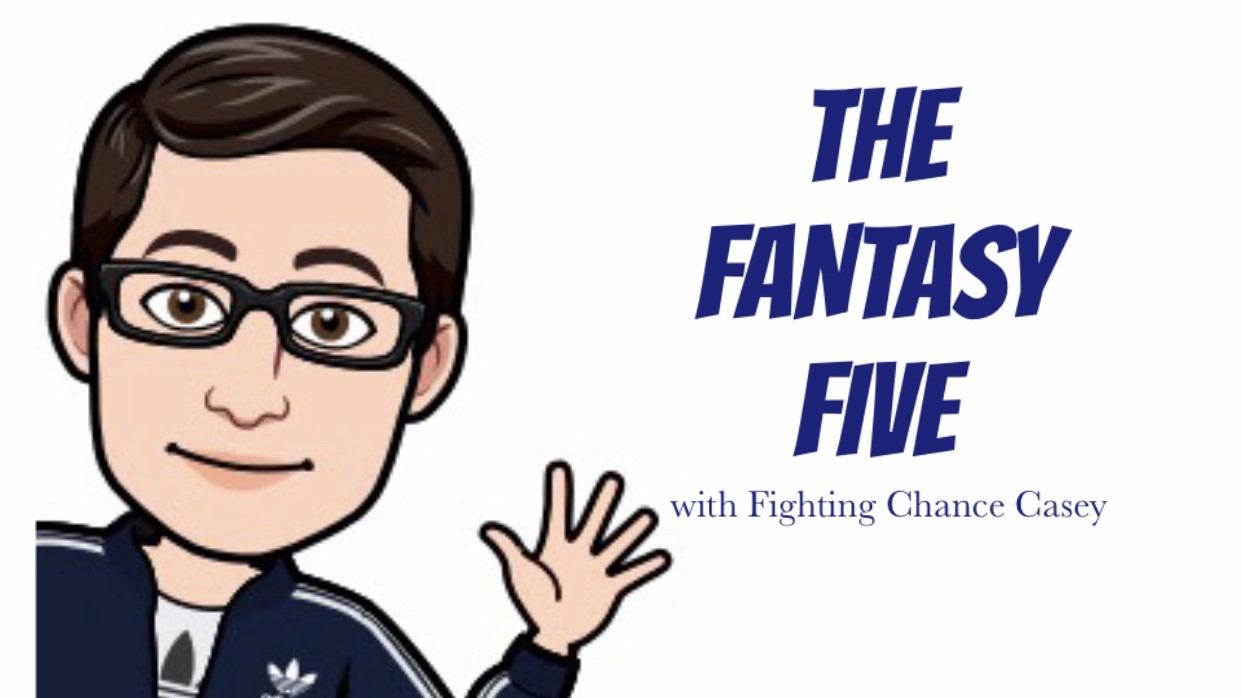 In the second installment of The Fantasy Five, I reached out to one of my all time favorites, Scott Bogman from In This League. Scott is one of the funniest podcasters out there with impeccable wit and a keen sense of humor. He is also one of the friendliest people in the business. Bogman and The Welsh (Christopher Welsh) have been a staple in the fantasy community for over five years. They are known for their hilarious pop culture drops edited into their podcasts and clever banter. I recently asked Bogman five questions about himself and his new love/hate relationship with Carl's Jr.

I got into Fantasy Sports when I was 15 years old.  I was at K-Mart and I found a Fantasy Baseball magazine and it was over from there.  I played a salary cap roto game through MSNBC, they would mail me the results every 2 weeks and they charged me to add new players and move players from my bench to my lineup.  I started playing in football leagues on yahoo 2 years after that and basketball leagues were probably a year or two after that. I didn’t start playing College Fantasy Football until about 5 years ago.

In This League covers just about every fantasy sport, which one is your favorite to play?
My favorite fantasy sport to play is probably Football, because I can sit and watch my team win or lose in one day.  I like the preseason prep of baseball more because I feel like I learn more about each player while doing it than I do for football or basketball.  College Football prep is intense because there are so many teams and so much roster turnover that there are still ‘sleepers’ in CFF. There are so many opinions in all the other sports that sleepers are kind of a thing of the past.
You are incredibly talented at doing impressions. Who is your favorite person to impersonate?

Recently, my favorite impression has been Robert Kraft.  I never really did an impression of him until he was caught at The Orchid but the situation is so funny.  He’s actually a really charitable person and seems like a good guy but his voice and situation is just too perfect for impersonations.

You are currently doing the most amazing thing ever. Every time the Diamondbacks lose a game, you eat a Carl’s Jr meal & video it. One time, you ate there twice in one day freaking out the drive thru girl. Is there a possibility of eating there 37 days in a row? Is there any meal you won’t eat from Carl’s Jr?

There’s not a place during the season that the DBacks play 37 days in a row but they are not looking great right now.  I don’t think there’s anything on the menu I wouldn’t eat, maybe fried zucchini. The drive is annoying right now because construction is being done on the main road towards Carl’s Jr.

Your podcast In This League is notorious for adding in pop culture references from movies and TV. What is your favorite drop of all time?

My favorite overall drop is probably the ‘LIKE KOBAYASHI!!!!’ that Rob Riggle blurted out in Step Brothers.  My favorite baseball drop this season is ‘Desperado’ by The Eagles that when drop when talking about Alvarado.  The Football drop that I like the most is the Tony Romo noises, I actually like Romo calling games that aren’t for my team because I hate these noises while I’m watching my Steelers.  For basketball the ‘ODELL!!!’ that the fan was screaming at Allen Crabbe is my favorite.

Thank you to @BogmanSports for joining me on The Fantasy Five. Be sure to give him and @IsItTheWelsh at @InThisLeaguePod a listen for a good laugh and all your fantasy needs. They have one of the most loyal fan bases in the industry, check out how you can become a member of the ITL Army today. Keep an eye out for my next interview with Michael Yachera of The Fantasy Gospel.