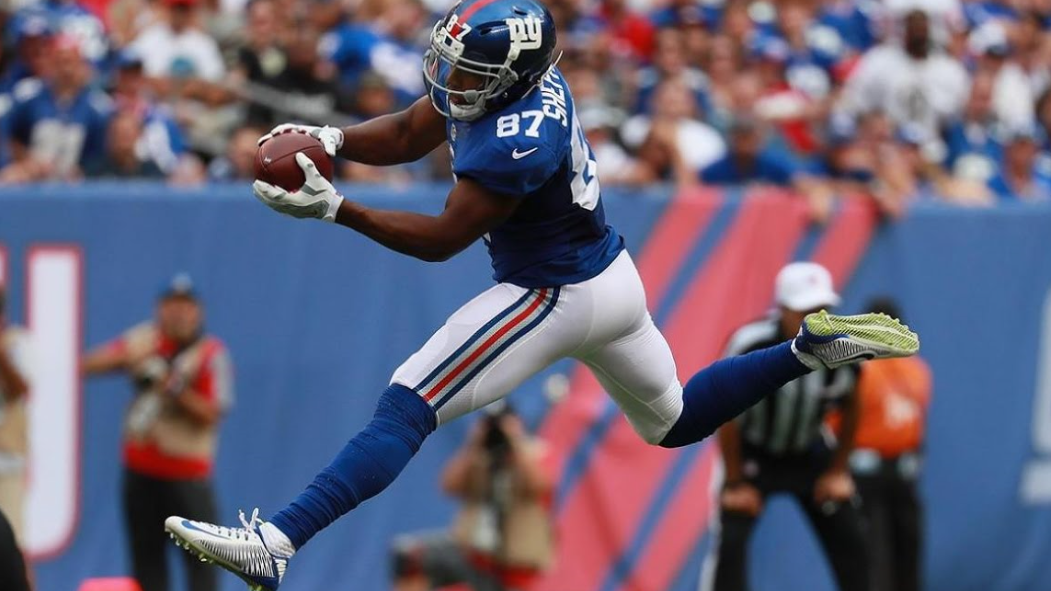 We are entering the heavy bye week period.  For some owners this spells doom, but for smart owners that are hustling it spells OPPORTUNITY.  If you are behind in the standings, now is the time to be aggressive.  Gain points and wins on your opponents who are depending on a few studs that will be on bye. If you are an owner in the lead, now is the time to crush those beneath you by padding your roster with more depth and blocking the weak from becoming strong.

In the content below you will see me refer to player utilization.  Player utilization refers to the underlying drivers that must be there for consistent fantasy performance.

Below is a run down of most skill position injury news (or other news) we likely didn't have when league waiver wires ran.  This isn't meant to be an extensive list of injuries - more focused on the trickle down impact to team mates and their value.

With Beckham out Sterling Shepard and Evan Engram are in line for more volume this weekend against the Tennessee Titans.  Consider Shepard a solid WR3 or Flex play with upside.  Engram hasn't had the same mojo this season - but mostly due to injuries and lack of volume.  Anytime OBJ is out he has a chance to remind us of his 2017 value.  Both players provide strong value on FanDuel this weekend at $5200 each.

Recent loses of Jackson and O.J. Howard have led to opportunity for other options.  Adam Humphries and Chris Godwin have seen more routes and targets each of the past two weeks and Cameron Brate has three touchdowns in that span.  The Ravens defense puts a bit of a damper on the wide receiver outlook due to three formidable corners in Jimmy Smith, Marlon Humphrey and Brandon Carr.  The volume should be there but the matchup keeps Humphries and Godwin as mid-range WR3 or Flex options.

Demaryius Thomas gets an uptick here as the top secondary receiver to DeAndre Hopkins.  Unfortunately, this is a game the Texans should control easily versus the Jets and the need to pass may be limited during later stages of the game.  Consider Thomas a WR3 or flex play only.

Jets' receiver Robby Anderson has been surging over the last two games with 24% and 27% target share.  However, it has been a three man rotation capping his routes ran in the 75-85% range.  With Enunwa out Anderson has a legit shot at 30% target share in a game where the Jets should trail early and often.

With Crowell done for the season Elijah McGuire is the last man standing in the Jets backfield.  Last week with Crowell leaving early McGuire saw 61% of the attempts and 14% of targets.  His volume alone makes him a high floor / low ceiling Flex or RB2 play this week.

The news around Penny provides a slight bump to Mike Davis who will be the change of pace runner to Chris Carson.  The biggest impact is probably the solidification of Carson's status who now is a clear RB2 with nice upside versus a floundering San Francisco team that the Seahawks should lead handily.  Carson has two touchdowns written all over him this week.  His $6300 price and likely low ownership make him a nice play on Fan Duel this weekend.

Reed's absence will open up more opportunities for Vernon Davis in a passing game that heavily relies on the TEs.  The Redskin's quarterback play will be a major limiting factor however, and Davis will likely need to hit on a big play from Josh Johnson to come through as a viable option.  Davis is a risky play.

Time to see if Nick Foles can rekindle the ghost of seasons past with Wentz gone for the week (and possibly longer).  Despite his late season heroics last year I only see Foles as a desperation play at QB this weekend versus a Rams defense that should be applying intense pressure while playing from ahead.

Well that is it for week fifteen.  Good luck to everyone this weekend, unless you by some random chance are playing me.  In that case, you don't stand a Fighting Chance!