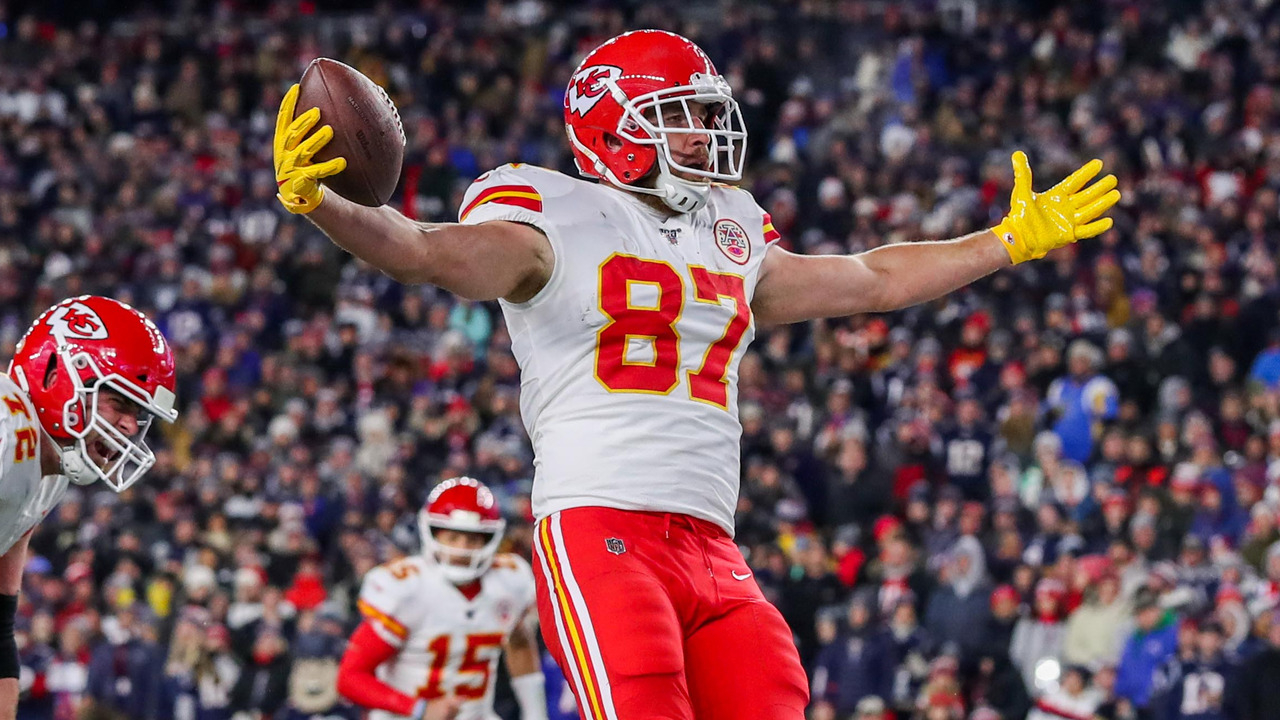 The Quandary of the Tight End Position

The Quandary of the Tight End Position

While the tight end position has always been difficult to deal with in fantasy football, the 2022 season was especially bad. Coming into the season, many felt good about Travis Kelce and Mark Andrews as the top tier and potentially Kyle Pitts exploding. Andrews and Pitts did not reach expectations due to injury and scheme respectively, and as usual, the rest of the tight end position was boom or bust. That left Travis Kelce as the only consistent viable option for the position. To put the wild uncertainty of the position into perspective, here is a plot I made analyzing week-to-week PPR point totals (median points are the y-axis, average points are the x-axis, and minimum points are indicated by the color with green = lower and red = higher).

As you can see, Travis Kelce was easily better than every other player at the position on a week-to-week basis. I even made sure to remove outlier games where players got 0 and games where players left games early with injuries to make the rest of the position look better. However, Travis Kelce is still well ahead of his competition. It’s not surprising that Travis Kelce was the king of the tight end position this season in fantasy, but it’s surprising just how depressing the rest of the position was. Based on this plot, I decided to create tiers that I felt best summarized how the position should be used. The tiers I came up with are as follows: Travis Kelce, not Travis Kelce, Crapshoot, and Crap. Here are the tiers indicated visually on the same plot from above.

This tier is self-explanatory. Travis Kelce was just that good relative to the rest of the position.

This tier consists of tight ends who are good but were slightly underwhelming for various reasons. Their draft capital just wasn’t quite worth it, and you were sad that you didn’t have Travis Kelce or punted the position.

This tier consists of players who had multiple big weeks, but you probably didn’t start them those weeks unless you stuck by them when they had bad weeks. These players essentially fit into the tier above this for some stretches of the season, and below this tier for some stretches of the season. For example, Evan Engram put up 39 in one week, but also put up 1.4 in another. Basically, if you used a mid-round pick on any of these players, you were disappointed, but if you used a late pick on them or got them off waivers, they were fine.

This tier of players were players who may have given fantasy owners hope for one or two weeks or the potential to succeed if given more playing time, but they just weren’t reliable starting options at all. But hey, at least you didn’t spend high draft capital on any of them, right? (I’m sorry I had to Kyle Pitts truthers). In all seriousness, Kyle Pitts being in this tier is shocking based on his preseason hype, and while I was not nearly as high on Pitts as some other people were, I fully expect him to bounce back to at least the Crapshoot tier, if not the Not Travis Kelce tier. These are the types of players you don't want to draft before the third-to-last round.

I’ve already shown clear evidence that Travis Kelce is well ahead of his peers at the position currently, but why not take things even further? Why not draft Kelce first overall? You get a significant advantage at a position, which while may not quite be the same, has a similar discrepancy from the top down as running backs, and given the volatility of the position where even the consensus number one pick has a chance to bust (sorry Jonathan Taylor owners), people will be looking for a safe pick at one overall. Given his elite quarterback play, high-powered offense, and being the number one target by a longshot in said offense, Kelce is about as safe a pick as you can get. If you are sick of drafting running backs early who bust and don’t love drafting wide receivers early given the position’s depth, Travis Kelce seems like an easy first-round pick, and maybe even first overall pick.

Handcuffing a starter is a popular strategy for RBs, but I think it could be interesting to use this strategy for TEs as well. However, this strategy can’t be applied to just any TE you draft. Not every team utilizes TEs a lot still once their starter goes down like they do with RBs. With that being said, there are three specific players I have in mind that this strategy can be applied with great effect.

This combo is definitely my favorite given how much Baltimore relies on TEs in their offense. While Mark Andrews had a down season, as long as Lamar is on the team, I still view him as the second-best option behind Kelce. I think given the stigma of his 2022 season, he could be a good value next year. Pair him with Isaiah Likely at the end of the draft (who also was somewhat disappointing I guess given his preseason explosion), and you’ve got an elite tight end no matter who is starting. Invest in a crapshoot tight end the week they are on bye, and you should be set at the tight end position the entire season.

This combo has been used by fantasy owners for multiple seasons now. As long as you don’t overdraft Waller, which people have been doing in recent seasons (myself included) this combo is a solid one that should be profitable relative to other options both from an ADP perspective and overall scoring perspective. Hopefully, the Raider offense can get back on track next season, whether Derek Carr is QB or not, and this combo becomes extremely valuable as a mid-round pick and end-of-draft pick combo at the position.

This combo is my favorite in terms of value, because both players showed signs of being great options, but also have reasons people will be down on them. Ertz was a super consistent option, putting up double-digit PPR fantasy points almost every week. However, Ertz did get injured and miss the last chunk of the season, so he should be a good value in the middle rounds of the draft if you don’t manage to snag Kelce or Andrews early on. McBride also had a great week 17 and seemed to get better as the season went on, but he didn’t show much when he first became a starter, making him a great value as an Ertz handcuff towards the end of the draft. If you can snag Ertz in the 6th round and McBride in the 3rd to last round before you draft a defense and kicker, that’s great value at a nearly valueless position.

If you fail to implement the above strategies, you are better off avoiding the position for as long as possible. While yes, it isn’t fun to have a starter you have almost zero faith in, that is what makes the tight end position difficult. Beyond the top guys, it really becomes a crapshoot of predicting weekly who will break out. There’s no reason to waste draft capital if you will end up implementing this strategy eventually anyway when you are underwhelmed by the mid tight end that you drafted over some high-upside RBs and WRs. Just embrace it if you miss out on the top guys. Maybe you’ll get lucky and end up with a guy like Evan Engram who was likely on the waiver wire at some point during the season in most leagues. The position is so hard to predict, so you might as well invest as little as possible into it and hope for the best.

While analyzing good players to target and draft strategies to implement is great, is the discourse beyond that at this point with the tight end position? I’m the commissioner of my home league, and while I doubt people will go for it, I’m tempted to propose a potential change to the position. I think an interesting idea that could be beneficial for balance in fantasy football roster construction is essentially morphing WRs and TEs into one position. Instead of having WRs and a TE in starting lineups, why not just have three pass catchers? You can start three WRs, two receivers, and a TE like usual, or heck, even start three tight ends if you want. It just has to be three pass catchers, or the more technical term, three WR/TE FLEX positions. Instead of the traditional, 2 WRs, 1 TE, 1 FLEX, I think it would be interesting to have 4 FLEX positions, with one allowing for an RB. It would balance out the TE position, but also still leave the top guys, like all the guys I’ve previously mentioned, as potential starting options worth drafting. It would basically maintain the value of the Travis Kelce and the players in the Not Travis Kelce tier but cut off the players in the lower two tiers from being necessary starters unless you are desperate for pass catchers.

While many people don’t like change in fantasy football, I believe the tight end position is worth looking into as something that should be adjusted. Do you agree? I think a discourse surrounding the position is an important one to have. While I do still love drafting guys like Travis Kelce and Mark Andrews, I’m sick of drafting anyone else. That’s why I believe abolishing the position is stupid, but integrating it into wide receivers is smart. My Twitter is @SethFQuinn if anyone has questions or would like to discuss TEs, roster construction, or general fantasy football with me.