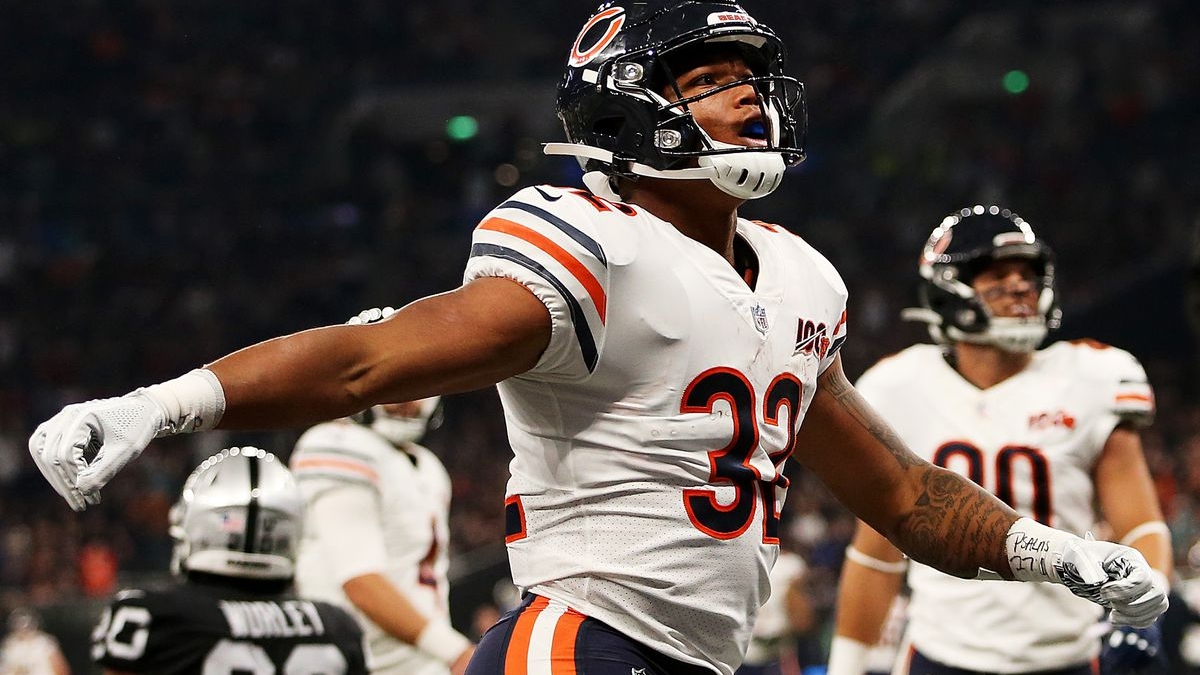 The 2019 Chicago Bears offense epitomized mediocrity. The team averaged the fourth-fewest yards per game, ahead of only the Steelers, Jets, and Washington. The running game was equally meh, led by David Montgomery who accounted for 889 rushing yards and just 6 touchdowns. No surprise… Chicago ended the season with a pedestrian 8-8 record.

Last year at this time Montgomery was climbing up fantasy draft boards as the Bears’ shiny new toy in an ascending Matt Nagy offense. Fantasy managers will veer away from Montgomery in 2020 drafts as his outlook and projection have been depressed by his lackluster 2019 performance. But with a healthy defense and a heavy workload incoming, David Montgomery is a steal at his 5th round ADP.

Montgomery performed well at Iowa State, ranking third in the Big 12 with 101.3 rushing yards per game, earning him an early third-round pick by Chicago. Entering the NFL, he profiled as a bruising, chains-mover with above-average yards-after-contact prowess. In his rookie campaign, Monty was handed the keys to a 3-down workload replacing perennial ‘3 yards and a cloud of dust’ running back Jordan Howard, but disappointed fantasy GMs as a middling RB2. According to RotoViz, Montgomery scored less than 10 PPR points in 9 games and had only 2 games between 16-25 PPR points in 2019. 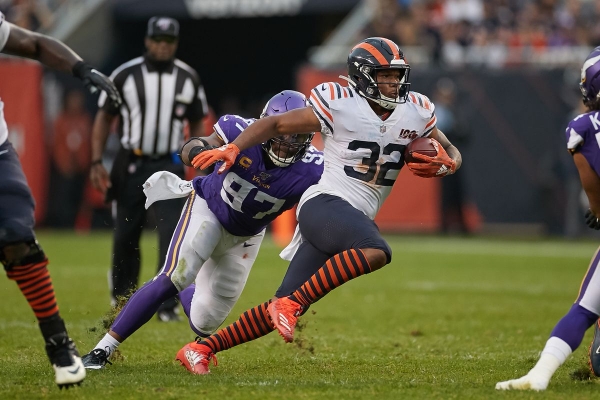 David Montgomery, running back for the Chicago Bears

This year is different, he is viewed as a borderline RB2/RB3 in season-long leagues being drafted around guys like David Johnson, James Conner, and Mark Ingram according to FantasyPros. Running backs in this range carry inherent uncertainty, generally from a workload, reliability, or injury perspective - David Montgomery carries none of these tags. Last year, he played 15 games, ranking in the top half of the league in snaps per game among players who played at least 13 games, totaling 242 carries, and committing only 2 fumbles. This year, when looking at volume vs average draft position, Montgomery offers unmatched value compared to RBs with a similar workload. 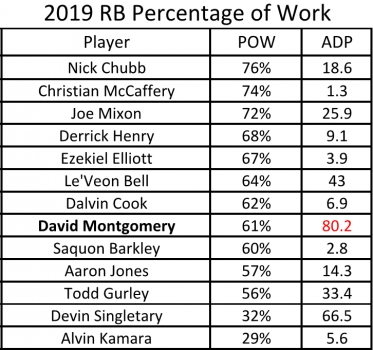 Doubters will point to Montgomery’s low efficiency - among rushers with at least 200 carries, he averaged just 3.67 yards/carry, ahead of only Le’Veon Bell. But context matters - according to Player Profiler, the Bears’ running back saw the 14th toughest game script for running backs in 2019, due, in part to declining defensive performance. But the defense should keep games closer this year, welcoming back a healthy Danny Trevathan and Akiem Hicks and acquiring pass-rusher, Robert Quinn who recorded 11.5 sacks for Dallas in 2019. Chicago has a top-6 projected 2020 strength-of-schedule, according to Sharp Football (based on Vegas win totals) and Montgomery’s volume will remain elite as Bears GM Ryan Pace said there is room for a bigger workload for Montgomery in his sophomore season. Pass-game specialist Tarik Cohen is no threat for early-down work and Montgomery will continue to dominate high value touches at the goal line as well.