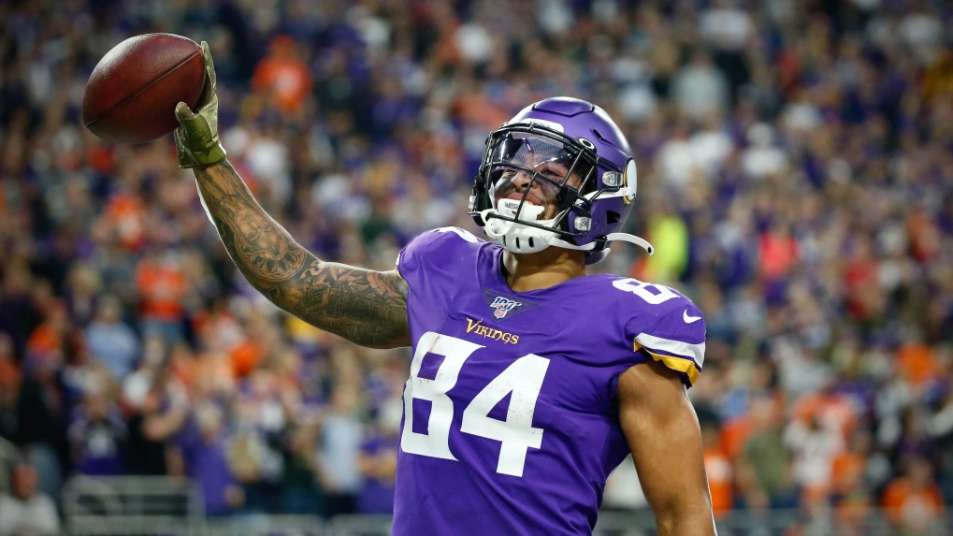 Every year, tight ends seem like the shallowest position in fantasy football, yet by mid-season, unknown and surprising tight ends appear out of nowhere to become fantasy relevant. 2020 is no different. If you are unable to snag Kelce or Kittle in the early rounds or simply want to shore up the position and add bench depth, the late rounds are where crazy value is found. Below are a few tight ends drafted in the 13th round or later that could provide extraordinary TE2 value this year. 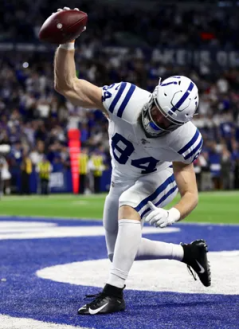 After Andrew Luck’s surprise retirement a year ago, the Colts muddled through the 2019 season with Jacoby Brissett under center, finishing the year with a 7-9 record and very little fantasy production at every position. Despite these ill-fated circumstances as well as splitting snaps with red zone target-thief Eric Ebron, Jack Doyle finished as the TE15 in full-PPR leagues in 2019 with 43 receptions, 448 yards, and 4 touchdowns. This season, the Colts say goodbye to Ebron and hello to Phillip Rivers with renewed hopes of competing in the wide-open AFC South. Rivers is the perfect quarterback to unlock Jack Doyle’s fantasy value. Since entering the league in 2006, he has targeted the tight end position 22.9% of the time and in 2019, Chargers tight end Hunter Henry was top-12 in targets at the position. In addition, Indianapolis Head Coach Frank Reich has utilized his tight ends in the passing game more than most teams in the league. They targeted the tight end 29% of the time, good for 4th in the NFL, behind only Baltimore, Oakland, and Philadelphia. Given his 30-yard-arm and his affinity for the tight end position, Rivers can certainly make Doyle fantasy relevant once again. Based on the potential target volume and less competition for snaps, Jack Doyle is a TE2 value you can acquire in the 13th round of your draft. 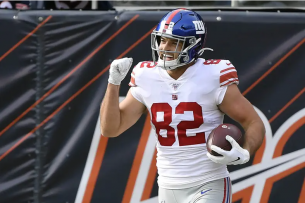 Kaden Smith filled in admirably for the New York Giants, pleasantly surprising fantasy GMs who were gutsy enough to pluck him from the waiver wire after Evan Engram caught the injury bug late last season. From weeks 10-16, Smith tallied 31 receptions on 42 targets for 268 yards, and three touchdowns in his six starts. Although Engram is the obvious starter for the G-Men this season, he has been held back by multiple injuries in his short career and is coming off Lisfranc surgery. Kaden Smith is practically free in drafts, and going undrafted in shallow leagues, so if Engram misses time, Smith could step into another enormous role and take advantage of a soft schedule over the second half of the season. Keep Kaden on your fantasy football speed dial. 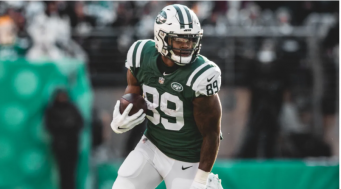 Chris Herndon mastered the ‘disappearing act’ in 2019. Every week the Jets tight end would string together a couple of practices, be slated to suit up, only to end the week as a last-minute scratch. Here we go in 2020, Herndon is currently being drafted in the 13th round of fantasy drafts, pick 114.2 according to FFPC best ball ADP, and likely even later in home leagues. In 2018, as a rookie, Herndon broke out. He finished as the TE18 with 39 receptions, 502 yards, and four touchdowns in just 14 games played. Despite a few bumps and bruises during the early parts of training camp this year, he appears to be good to go. According to Connor Hughes of the Athletic, the Jets “can’t wait to unleash Chris Herndon in 2020.” If he can stay healthy, Herndon should see increased volume in the Jets offense as they are on track to enter the season with multiple injuries at wide receiver. With little target competition and top tier talent, Herndon is a TE2 with serious top-12 upside. Fingers crossed he doesn’t pull another Houdini tribute act. 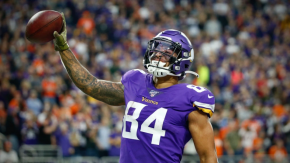 The Minnesota Vikings were one of the first teams to make a splash this offseason when they traded Stefon Diggs to the Buffalo Bills, a move that vacated 94 targets and the team's number one (arguably) wideout position. With the addition of rookie receiver, Justin Jefferson and second-rate free-agent, Tajae Sharpe, this offense will look very different, but Irv Smith Jr. could be a sneaky beneficiary of some of those targets Diggs left behind. Smith played in all 16 games in 2019 and finished as the TE34 with 36 receptions, 311 yards, two touchdowns, and an impressive 8.6 yards per reception - good for fifth in the league among tight ends who recorded at least 20 receptions in 2019 according to Fantasy Data. Baked into his late-round ADP is the downside -- 10-year veteran plodder, Kyle Rudolph is still there to steal snaps. However, looking deeper we see that Smith Jr. only saw one less target and one less red zone target than Rudolph in 2019, a trend that is likely to continue. Kirk Cousins has also increased his targets to the tight end - from 94 targets in 2018 to 105 in 2019. As Irv gets another year of experience under his belt, and Cousins continues to use the athletic freak as a red-zone weapon, you don’t have to squint to see Irv Smith Jr. usurping Rudolph as their TE1, rewarding fantasy GMs with huge 14th round return-on-investment.

Find me on Twitter @thebyeweekff and let me know what late-round value players you draft this year!