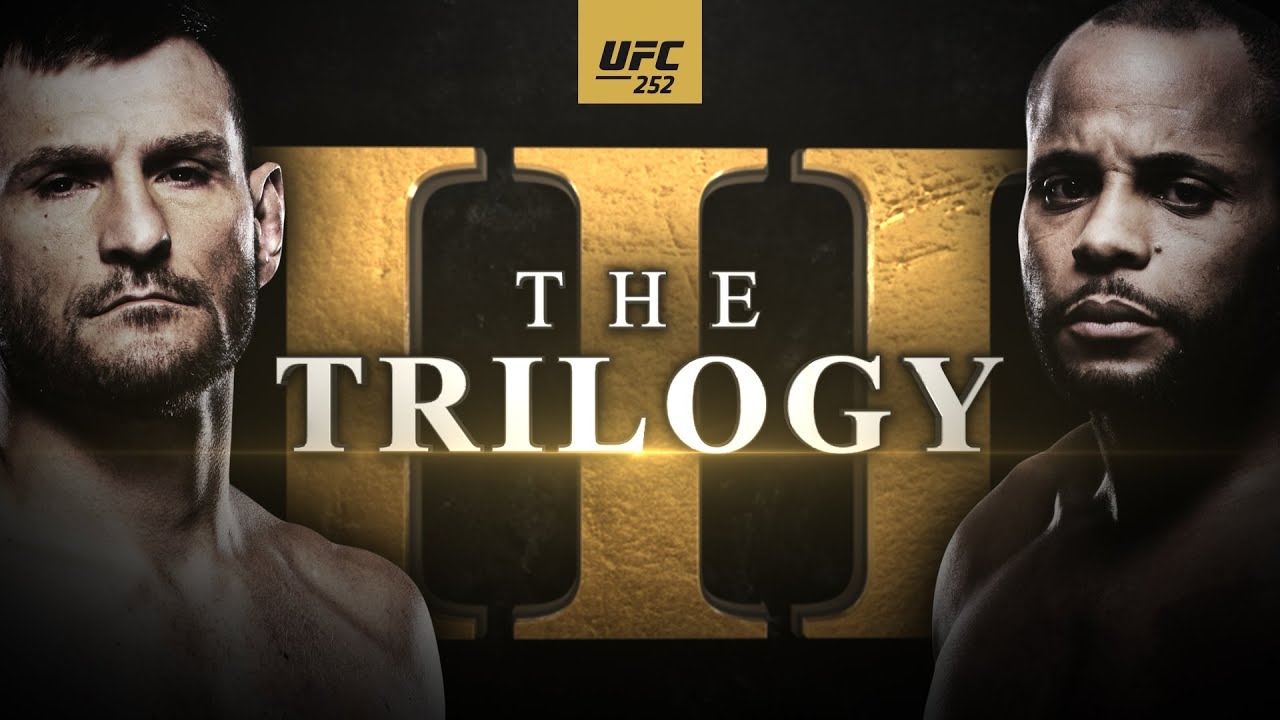 UFC 252 sees the third meeting between Stipe Miocic and Daniel Cormier for the Main Event. Each has a KO over the other – Cormier KO’ed Miocic in the first round of their first meeting in July 2018, after making the move from Light Heavyweight to Heavyweight to capture the title. The pair met again almost one year ago to the date where Miocic regained the title after a 4th round KO. Cormier is the shorter fighter at 5’9 against Miocic at 6’3. Cormier is 5lbs lighter and his reach against Miocic is 7.5in shorter. Neither have fought since their last title match almost one year ago. One thing to keep in mind is that part of the reason Miocic did not return to action since the match against Cormier last year was due to retinal damage suffered in that match from multiple eye pokes from Cormier. Cormier’s price is slightly cheaper, but the value seems better in Miocic. He’s the younger, taller fighter with the much longer reach.

The Co-Main Event features Sean O’Malley vs Marlon Vera. O’Malley is coming off a huge KO win over Eddie Wineland just over two months ago at UFC250 where he won with a single KO punch in the first round. His match before that in March also ended in a first round KO. While that’s all well and good, significant strikes, as well as the first round win, are the bread and butter for points on Fanduel. Vera on the other hand went the distance against Song Yadong on May 16, losing by unanimous decision, but earning (along with Yadong) a Fight of the Night Award. While Vera has shown to be able to go the distance, if he can survive a potential first round KO from O’Malley, the question becomes how long after the first round O’Malley can keep it going. There seems to be more value in utilizing one of the main event fighters rather than O’Malley, as they have shown to be able to go longer and rack up significant strike points. If Vera can survive the first round, it may be interesting to see what comes of the rest of the match for him. At only $10, Vera could be the budget saver for one of those higher priced fighters.

The Burns brothers have been on fire as of late, and nothing leading up to this match seems to indicate otherwise for Herbert Burns. He has a 2in height and a 4.5in reach advantage over Pineda who is fighting in his first UFC match in six years. Burns’ last victory came with a submission at 1:20 of Round 1, so the 1st round victory points were there, but lack of SS points can come back to bite a lineup. His match before that was won by a 1st round KO. If Pineda is able to get through Round 1, Burns could hit nice value with his endurance and flurries of strikes at his disposal.

Dvalishvili is in another great spot here. Coming off a victory on June 13 that went the distance, he landed 73 significant strikes and a career-high 13 takedowns. Dodson has not fought since February 13, where he won by KO in Round 3. Dvalishvili is 6 years younger, 3in taller, with a 2in reach advantage. If this goes the distance and Dvalishvili shows the same endurance he had two months ago, this could be the play to make in the MVP spot in GPPs.

Kamaka is making his UFC debut, and Kelley’s last match was in May 2019 where he got a Round 1 win via submission. His match before that though was in June 2016. So, while Kamaka’s price may seem steep for a fighter making a debut, Kelley’s extended time out of the octagon should only play to Kamaka’s favor.

Rozenstruik is looking to come off a loss he suffered on May 9, where he was KO’ed in 20 seconds by Francis Ngannou, suffering his first loss. He is favored here against Dos Santos who has not fought since January, where he was KO’ed just over 1 minute into Round 2. Rozenstruik caught a left cross last time that just put him right down on the mat. However, in just those 20 seconds, he still landed 5 significant strikes against Ngannou.

Brown lost his last fight on February 29 by submitting to a guillotine choke a little more than halfway through Round 2. Chavez is making his UFC debut, having won his last three fights by first round KOs. Brown has a 1in height advantage but a 5in reach advantage over Chavez. With both fighters hungry for a bounce-back and to make a big splash respectively, Chavez could be a sneaky GPP play and a decent pay down in order to roster more expensive fighters.

Jandiroba has not fought since December 7 where she won by submission in the second round. This will be Herrig’s first match coming off of a torn ACL she suffered in late April 2019. She is currently ranked #15 in the Women’s Strawweight Division. Three out of Jandiroba’s last four victories came by way of submission – two of those an armbar and an arm triangle. If that trend continues, look for more takedown attempts in lieu of significant strike points.

Porter has not fought since September 2019, and before that, in May 2019. Both were victories - one via TKO, another via submission. Daukaus has had two fights since August 17, 2018. Both were victories by TKO, one in Round 1, one in Round 2. Dukaus has a 2in height advantage, is the lighter of the two heavyweights by about 15lbs, and is 5 years younger than Porter. Daukaus could be another decent budget saver for GPP.

Miller had a great victory via armbar submission over Roosevelt Roberts on June 20 about halfway through the Round 1. It looked like Roberts made a mistake and got caught, and Miller lucked out. Regardless, Miller could look to use his grappling skills again to potentially land another submission. Pichel has won three out of his last four since June 2017 – two of which went the distance.  If Pichel remains mistake free, this could also go the distance with Pichel having the greater amount of significant strikes.

Souza is 1-1 in her last two fights that both went the distance. She won via submission in September 2018 with a Guillotine Choke in Round 1. Even at only $15 on Fanduel, nothing about Souza is jumping off the page. Yoder is fighting for the first time since her loss by split decision in October 2019. In fact, she is 2-3 in her last 5 fights, all of which went to the judges’ decision. Yoder has a significant reach advantage over Souza by 6.5in.