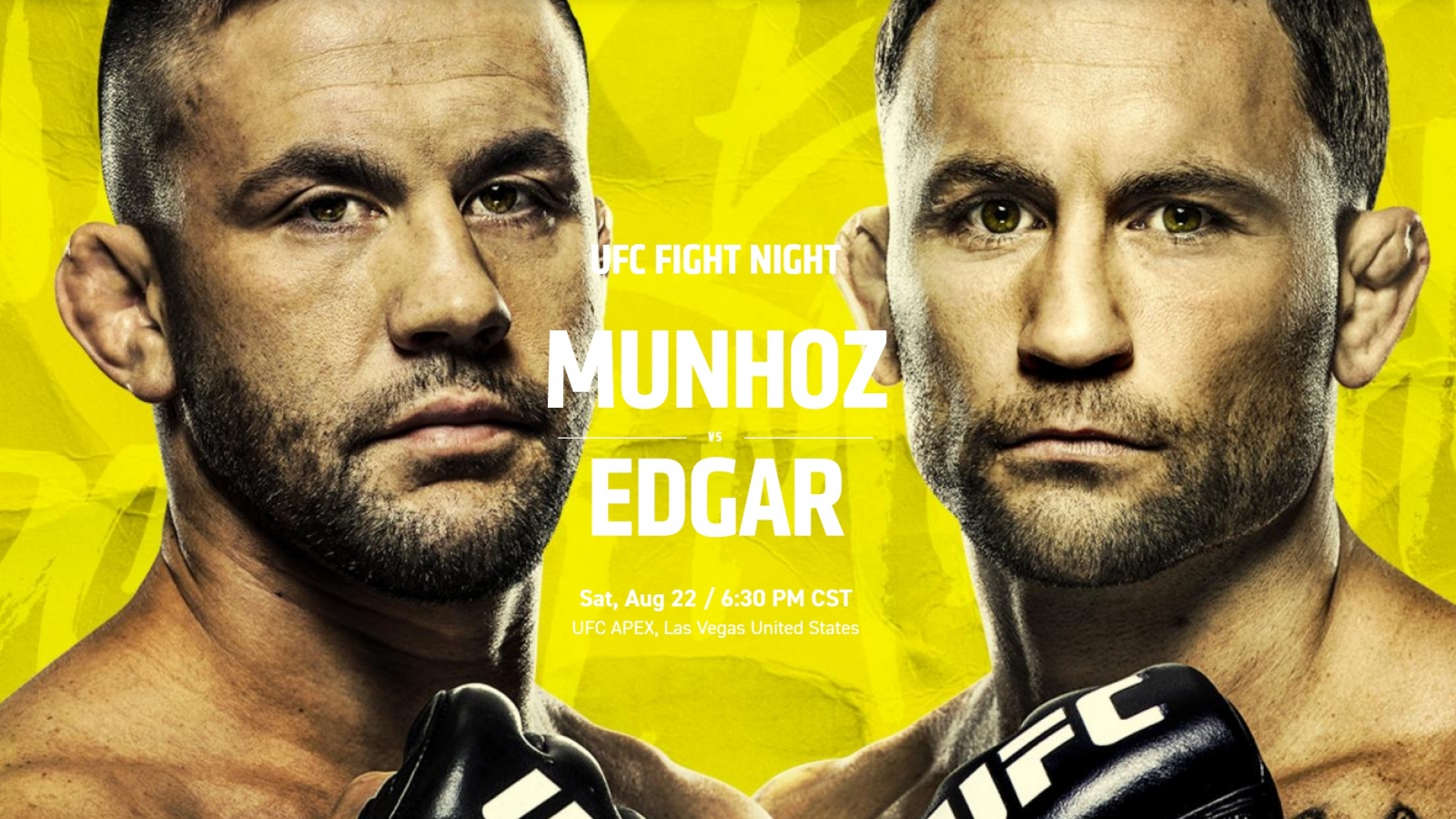 Munhoz has not fought since June 2019, where he lost by unanimous decision. Before that, two of his last three fights were won by a first round KO. Edgar has lost his last two – most recently in December 2019 via KO, and in July 2019 via unanimous decision in a Championship bout. Munhoz is the 5 year younger fighter, and Edgar has the longer reach. Munhoz lands more significant strikes on average, but Edgar is the better wrestler with greater takedown accuracy. I agree with the –270 odds that Munhoz will win this bout, and I think Edgar meets another KO loss.

Jones is a late addition after Mark Striegal was removed from the card for unknown reasons. That should scream advantage for Valiev. Jones has won his last two matches via submission with a Rear Naked Choke in the second round of May 2019, and a Guillotine at the end of the first round in Jan 2019, but Valiev has never been submitted. Valiev has won his last six matches, four of which went to the judges. He is favored at –400 and I see this going the distance, but look for decent SS points from Valiev.

Agapova is coming off a victory on June 13 via Rear Naked Choke submission in Round 2. She also has first round victories via TKO and submission in October and September 2019. Dobson is on a three match losing streak, her most recent one via KO 40 seconds into Round 1 just this past February. Agapova is the clear favorite here. I would definitely make room for her in your budget.

Rodriguez has not had a win since December 2018, his last two fights ending in a No Contest and most recently a first round KO loss a little over one minute in. He has an 8.5” reach over Prachnio, who is also coming off two first round KO losses. Look for flurries being thrown from both fighters, but Rodriguez has the greater signature strike accuracy at 52.53%, landing 4.3 per minute. Prachnio’s accuracy is 39.13%, landing 2.39 per minute, so he’s no slouch, and could be a decent budget saver in a match that may go the distance.

After Takashi Sato and Jared Gooden were pulled from the card, Grant faces off against Rodriguez who has wone his last eight fights (4 by KO, 2 by submission). On average, Rodriguez lands 8.6 significant strikes per minute, with a 48.26% accuracy. His most recent KO wins came in the second round, so he could land roughly 80-90 significant strikes before this one is over.

Wright is another recent add to the card after Jorge Gonzalez was pulled. He’s 10-0, his most recent win via TKO this past January. Villanueva is coming off a KO loss 49 seconds into the second round just this past May. Prior to that, he put together a string of first round KOs in 2019 – one just 28 seconds in.

Saint Preux is the bigger fighter, with a 3” height and 4” reach advantage, but the 9-1 Menifield is the favored fighter at –125 odds. He’s the slightly better striker, landing about 47% of his significant strikes, and almost four per minute. But Saint Preux lands 46%, roughly 2.5 per minute, and has takedown accuracy of 40%. He had a second round submission win in September 2019, and most recently a loss via split decision in May. Menifield received his first loss via unanimous decision this past June, but before that had three first round KOs between June 2018 and June 2019, one as fast as 8 seconds in.

Similarly sized fighters, each landing on average roughly 3.5 significant strikes per minute, however, Solecki has the better accuracy at 76.5% compared to Hubbard’s 48% accuracy. Solecki also averages four takedowns with an 83% accuracy. In his last four matches dating back to November 2018, Solecki has won two by unanimous decision and two by first round submission. Hubbard recently won in June 2020 via TKO after the doctor called it at the end of the second round. His three matches before that all went the distance, to unanimous decisions, but resulting in one win and two losses. Solecki could provide good value here at the price purely from his striking and takedown accuracy.

Inoue is the favorite at –135, her last two matches victorious via split decision in August 2019 and unanimous decision in November 2018. She has not had a match not go the distance since 2016. Lemos’ last match ended in a first round submission win in December 2019. As a Striker, Lemos has a 64% strike landing accuracy at roughly 6.5 per minute. Inoue averages landing 6.2 strikes per minute, so if this goes the distance, which has been the pattern for Inoue, this could be another budget saving matchup for GPP lineups.