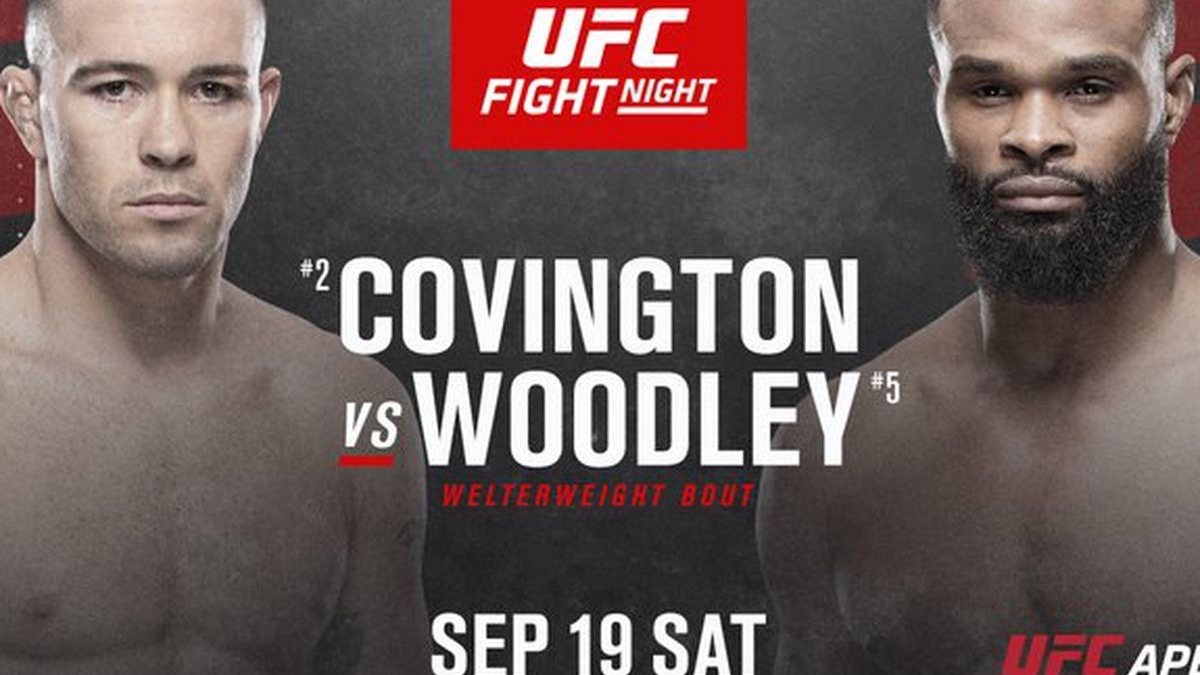 The main event of the evening also brings the highest priced fighter in Colby Covington. Definitely a safer play, but I would be wary with the fighters that potentially leaves you to budget with for the rest of your lineup. He is a –360 favorite over Woodley (+290). Woodley’s last fight was in May against Gilbert Burns, where he was only able to land 28 significant strikes, totaling 34.8 points on FanDuel. Covington’s last fight was in December against Kamaru Usman for the title in which he lost via KO in the 5th round, but managed to land 143 significant strikes. It’s a big investment to roster Covington in your lineup, but one that should be worth every penny.

Jackson is making his UFC debut, and won his last fight in March via 1st round submisson. Bektic is also coming off of a split decision loss from February where he landed only 17 significant strikes, but did get 3 takedowns with a submission attempt. Other than taking on a newcomer, there’s not much to make one feel comfortable paying up 22% of the budget for Bektic. May as well pay another dollar to get Covington.

Chimaev will be a very chalky play and rightfully so. He has been an absolute beast since making his debut in July, winning via 2nd round submission and then again via 1st round KO only 10 days later. He landed 40 significant strikes in that one without allowing his opponent to land a single one in the 3 minute beatdown. He lands 8.88 significant strikes on average, with a 72.81% accuracy, and averages 4.81 takedowns. Meerschaert is coming off of a 1st round KO loss on June 6 at UFC 250 after receiving 17 headshots. There’s no way this doesn’t go in Chimaev’s favor. The odds agree, as he is a –400 favorite.

The biggest advantage for Holland here is his reach being 7in longer than Stewart’s. He is also the better striker landing 1.65 more per minute with a 12.28% better accuracy as well. His last victory came on August 8 via 3rd round KO and before that was victorious with a 1st round KO only 39 seconds into the match on May 16. Stewart is also coming off of a 1st round win on August 8 with a Guillotine Choke just shy of 4 minutes into the round. All signs seem to point to this one going in Holland’s favor, but Stewart could be a decent budget saver in GPPs.

Laramie is making his UFC debut after his performance on August 11 at Dana White’s Contender Series ended in a TKO due to the doctor’s decision at the end of the 1st round. He had control or over 4 minutes, only having to land 11/16 significant strikes to the head before the doctor called it. Minner is coming off of a loss on February via 2nd round submission. His last 5 fights have all ended in submission, winning three of them, and all came in the first round except the most recent. For the price, better value could be found in Chimaev or Holland for only a dollar or two more.

Walker is the favorite in this one at –120, but comes in having lost his last two. His most recent was by unanimous decision, and he was KOed 2 minutes into the 1st round in the match before. However, the three matches before those two, were all victories by 1st round KOs – two being within the first minute of the round. Spann has won his last 8 fights, 5 of which came in the 1st round, with healthy doses of both KOs and submissions. Walker is the more accurate striker on average, has a 3in longer reach, and lands 0.69 significant strikes per minute over Spann.

Coming in as the –240 favorite, Ewell has not finished a victorious fight in over two years. Rivera is 1-1 in 2020, his most recent on August 8 via split decision, landing 36 significant strikes. Ewell has an 8in reach advantage over Rivera, lands on average 1.41 more significant strikes, but is 0.98% less accurate than Rivera. Not much here is intriguing to spend the higher amount in order to roster Ewell.

Price is on the wrong side of a win/loss pattern for his last 5 fights. He almost made it the distance at UFC 249 in May. The doctor called the match in his opponent’s favor with 1:23 left in the match, but not before Price landed 129 significant strikes (130 landed on him). Cerrone has lost his last four matches, his most recent on May 9 went the distance and ended via unanimous decision. The two before that, he was KOed in the 1st round. Price could either score a 1st round KO, or if this goes for a decent length, he could rack up points with flurries of significant strikes.

On the heels of his impressive 1st round KO 0:32 into his match on June 13, Nam’s match last week had to be canceled when his opponent didn’t make weight. This week he’s matched up with Rivera who had his third consecutive win at Dana White’s Contender Series on August 4 via unanimous decision. He had 93 strikes, 48 significant, going the distance. He’ll want to carry his three-match win streak into his UFC debut, and who better to make a statement against than Tyson Nam?

Newson is the favorite in this one at –140, to Costa’s +120, and on paper, no idea why. Costa is the younger fighter with 5 less fights than Newson. That’s about it. He’s 4in taller, has a 5.5in reach advantage, and on average lands 5.24 more significant strikes per minute, with a 13.82% better striking accuracy. Newson is also coming off a No Contest in February, preceded by a loss via unanimous decision in June 2019. His matches in November 2018 and May 2019 did result in 2nd and 1st round KO victories, but Costa also has the better track record coming into this one having won his last 4/5 - all via 1st round KO/TKOs.

This should be the best match of the evening. These two fighters match up very evenly, and the odds agree, as they are both at –110 odds to win. Epinosa won his last match via unanimous decision and landed 126 significant strikes on his opponent. Dvorak has won his last 12 fights, 7 via KO, 6 via submission, and his most recent via unanimous decision, having landed 67 significant strikes in that fight. For the price, Epinosa is the one to roster for GPPs. In cash games, there could be success in stacking this matchup.

Dern caught Hannah Ceifers in a kneebar submission 2:36 into the first round in their match on May 30. Markos most recently lost via unanimous decision on March 14 and has gone the distance in her last three matches. Her last finished fight was a victory via submission in March 2019. This should be a grappling match for the most part.

Alpar is making her UFC debut after last competing on Dana White’s Contender Series in a winning effort in August 2019. She also won 3 out of her 4 previous matches before the contender series and went the distance on three of those as well. Her significant strike landing accuracy is 13.51% better than Clark’s and she lands only 0.11 less per minute. Alpar averages 2.79 more takedowns than Clark and is actually looking like an intriguing dart throw for GPPs.