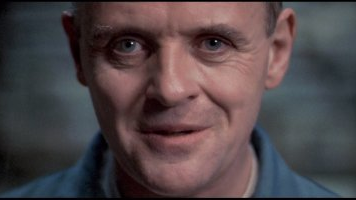 We've finished the first month (plus) of the season and by now, we're supposed to have a firm grasp on the starting rosters, right? Right???

The answer to that is unfortunately no, and there are still some running back situations in the NFL that have us scratching our heads as to how things will shake out. We have a superstar running back who should be returning to his team during their bye week, which is rapidly approaching. There is a crazy, bearded head coach with a pencil in his ear who loves to use multiple backs. Out West there is a coach who refuses to use his first-round draft pick. We have a back in Baltimore who is losing time due to ball security issues. The City of Brotherly Love just lost their lead back to a torn ACL, and finally, we have the brilliant (please note that was typed with an egregious amount of sarcasm) Mike McCarthy, who is proving us all big dummies by not using the running back that everyone but him believes is the best back on their roster. Whew!!!

Today we are going to start by breaking down the situation in Pittsburgh. Le'Veon bell is a stud, so when he finally reports, will he return to be the bell cow back he has been in previous years? James Conner has played well...has he been good enough to earn a part-time role once Bell is back? Will Bell be punished by Mike Tomlin for putting himself before the team? Well, there are multiple ways we can take a look at this and try to breakdown how things will shakeout.

In this article (and upcoming ones), we are going to explore what some different groups of people will want to see happen. Hopefully, we can balance all those different opinions and come up with what the most logical outcome might be. In turn, you can use that information to stay one step ahead of your league mates and continue kicking their tuchus on Sundays.

First, let's check in with the rabid fan and see what they want to have happen. I call these people the "Blowhards". They love their team and think that their opinion on how to handle the situation is smarter than that of the head coach. These people are ALWAYS right in their minds. You can also replace "Rabid fan" with "Fantasy expert with strong takes". Playing the part of the blowhard for this article is the biggest bloward I know, Fighting Chance Fantasy's own Ryan Hallam. You can find him on Twitter @fightingchance.

Next, we will see what the "Fantasy stat guy", has to say. The stat guy loves to dig into numbers. They not only look at basic things like yards per carry and receptions, but dig into things like snap rates, routes run, yards after contact, etc. This person can tell you who is the most productive back on the field...but does the head coach see things the same way as the stat guy?

Well, that leads us to our last stop...

Lastly, we are going to dig inside the mind of the head coach. I love psychology, so let's try and put ourselves in the shoes of the head coach and see all the factors that go into their decision making. Why is he choosing one player over another? What does he value in respects to the running back position? What pisses him off? What kind of underwear does he wear? Ok, maybe that's too far, but we look inside the heads of these guys and try to put on our Hannibal Lecter skin masks and analyze how we think he will handle the situation. I'm not a licensed psychiatrist or psychologist, but I've read the whole series of Hannibal Lecter books and have seen all the movies, so I think that makes me more than qualified.

Le'Veon Bell is allegedly returning in Week 7, while James Conner has been efficient in holding down the fort. What will happen to Conner once Bell returns?

Ryan thinks that the Steelers will make Bell their number one back when he returns. Do you agree with him?

People keep saying that James Connor is doing very well, but the truth is, he isn't. Is he serviceable? Yes he is. But outside of Weeks 1 and 5, he hasn't been anything special. Three weeks ago he only got 15 carries in a game that the Steelers were up 20 points at halftime and should have run the whole second half away. Two weeks ago against Baltimore, the Steelers completely abandoned the run. You can bet your sweet ass that if Bell was in there, they would have run plenty more in those games. Sure, the Steelers are pissed at Bell for his holdout, but the window for Super Bowls in Pittsburgh is closing and this could be their last chance for awhile. I totally expect the Steelers to ride Bell like a ten-dollar hooker when he reports and is ready to play. James Conner may have a small role, but I don't think he will be fantasy relevant.

Stat Guy - Let's first look at how James Conner has performed through five games in 2018. For reference, let's compare that to the production of Le'Veon Bell through his first five games in 2017.

Bell finished 2017 averaging 4.0 yards per rushing attempt and 7.7 yards per receptions. Not too far off from what Conner is doing on a per game basis. Bell's success in 2017 was largely predicated on an extremely high volume.

Let's take a look at some advanced stats on the two (taken from Pro Football Focus).

If you look at the total production of Le'Veon Bell from last year and compare it to James Conner's five games from this year on a per-carry basis, their production isn't too far off. If anything, you could say that although it's a relatively small sample size (about a third of the season), Conner has actually out-produced Bell. Conner is averaging more yards per rushing and receiving attempt, has scored more touchdowns (on fewer carries), and has gained more yards per reception as well. I'm not going to say he's better than Bell, but the conclusion of this "Stat Guy' is that when Bell returns, it wouldn't be unrealistic to expect similar production from the two on a per-carry basis.

Hannibal - If I  were to psychoanalyze Steelers head coach, Mike Tomlin, I would say that as coach there are two main factors that drive him when faced with decisions for the team...winning (of course) and character. Winning is an important factor with every head coach, but while some may be a little more lax on character, Tomlin strikes me of a man of high morals and I can see him wanting to build his team with people that share his sentiment. To clarify, I don't think that Bell has done anything "Wrong" per se. But if I look at the situation through the eyes of Mike Tomlin, I can see him viewing Bell as a guy who wasn't there for his team and instead, was looking out for his own pocketbook. (Editor's note - What in the bloody hell is a "Pocketbook" anyways?).

The question then becomes, how much does Tomlin weigh winning versus character? I would say that winning is more important with every NFL head coach, but in Tomlin's case, I think that gap is closer than many others. As stat guy has already broken down for us, even if Tomlin thinks Bell is the better back, I'm not sure he will view Bell has a huge upgrade over Conner, and a back that gives them a significantly better chance of winning games. Better, yes. A "Difference-making" better? I'm not so sure.

You can also assume that Tomlin thinks that Bell will not return next year, so he can look at that situation in two different ways. First, he can run the hell out of Bell and get the most out of the little time they have left together. If he doesn't want to go that route, he can secondly, he can opt to continue to use Conner in some capacity and use this time to evaluate him over a larger sample size and see if he is capable of being their running back of the future. They need to know how good Conner is so that they can determine if they need to add a back in the draft or by free agency next year, and whether he is capable of replacing Bell. Through five games this year he looks good, but a larger sample size is always better in evaluating talent.

How far will Mike Tomlin go to punish Lev Bell when he returns? Let's hope he doesn't go this far...

With all that being said, I don't think Tomlin is ready to eat Bell's liver with some fava beans and a nice chianti. However, I do think we will see Tomlin choose to continue using James Conner in combination with Le'Veon Bell once Bell returns. I think if you factor in character, Conner's production, and Bell's likely departure from Pittsburgh after the season, there are too many variables in play for Tomlin not to continue using Conner in some capacity going forward. If I were to guess, I think we see slightly more Bell than Conner in the second half of the season, but I wouldn't be surprised if it were close to a 65-35 split.

Conclusion - So let's summarize what we have heard from each of our panelists. Blowhard says that the Steelers should lean heavily on Bell once he returns. Stat guy and Hannibal think that it wouldn't be the worst thing to use both Bell and Conner in a to-be-determined time share. I have a feeling that will be the case, and that worries me if you drafted Bell and think he will return first-round production in the second half of the season. I don't own Bell in any of my fantasy leagues that I'm currently in, but if I did, I would consider trading him if I could get good value. If you agree with the illation of this article that it may become a timeshare situation in the Pittsburgh backfield, you may be wise to do the same.