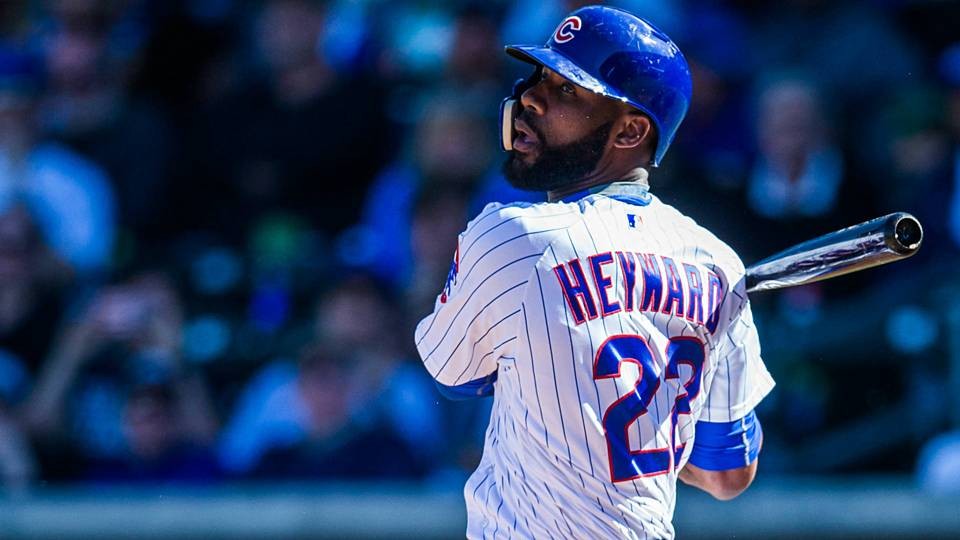 Oh, fantasy baseball. How I love thee. Victory laps in April from your league mates, first round draft picks struggling early (I'm looking at you Jose Ramirez and Chris Sale), or finding replacements for your fantasy stud injuries. I feel for all the teams who drafted Trea Turner and Giancarlo Stanton in the first two rounds. It's all part of the fun of the most challenging fantasy sport (in my opinion).  Let's take a look to see who is available on the waiver wire to help you win this week and more.

Lowe had a huge day at the plate against the Toronto Blue Jays on Friday, clubbing two massive home runs and driving in four runs. He's off to a great start for the AL East Leading Tampa Bay Rays batting .289 with eight runs scored, four home runs, nine RBI, and one stolen base. Lowe will make a great plugin for the struggling Brian Dozier or the ailing Rougned Odor.

Catcher is a wasteland in fantasy baseball. The hard work from catchers doesn't translate well in offense for fantasy purposes. Unless, you paid a premium price for Gary Sanchez or JT Realmuto, chances are you are rotating at the catcher position. I often use the plug and play strategy with catchers. Find the hottest hitting catcher or one that hits for average and hope they don't kill your ratios. The Mariners are one of the hottest teams in baseball right now. Narvaez is 12 for 35 this season with nine runs, two home runs, and six RBI batting .343. Definitely worthy of a plug and play strategy.

Nick Senzel was more than likely drafted in the later rounds of your 12 - 15 team mixed leagues. He's currently only owned in less than half the leagues on Yahoo, because he was probably dropped for a hot hitter in the first few weeks. Once speculated to make the Opening Day roster with the Reds, an ankle injury kept him off the field. Barring any setbacks, he will likely be joining the Minor League squad this weekend. This maybe your last chance to snag him before he gets called up in May.

If you ever owned Heyward you probably stopped reading this after you saw his name. Yes, I've been burned by Heyward before too. But now you didn't have to draft him, he's available for free in the bargain bin on the waiver wire. The Atlanta Braves number one prospect in 2010 has failed expectations since his MLB debut home run in his first major league at-bat. It's possible that Heyward is a late bloomer. The pedigree and hype was enough for the Chicago Cubs to sign him to an eight year 184 million dollar contract. He's currently batting .323 with nine runs, three home runs, eight RBI, and two stolen bases. He's contributing in all five categories, much like you hoped Jackie Bradley Jr was going to do for you.

For those of you playing in deeper leagues, Verdugo is only owned in 14% of Yahoo leagues. The 22 year old rookie outfielder isn't getting every day at-bats, but it's only a matter of time. The Dodger's are clubbing the ball and any batter in their line up is stacking up counting stats. Verdugo can hit well batting .309 in 512 minor league games. He's still very young and can develop power as he matures as a hitter. He's a player you pick up now and sit on for a few weeks to see if he gets every day at-bats.

I drafted Montas in my 15 team 50 round draft and hold league. I was hoping the former top pitching prospect would crack the A's rotation. He's looking pretty solid so far after two starts with 11 punch outs and a 2.45 ERA. A nice line considering he pitched against the Angels and the Astros. If you're into streaming pitchers, then Montas is one to consider based on favorable match ups.

There's nothing better than a Starting Pitcher with a high strike out rate. Thornton struck out eight Detroit Tigers in his MLB debut. He then followed it up with seven K's against the Cleveland Indians. A very nice start for the young righty. Another pitcher worth streaming during favorable match ups. Thornton did get crushed against the red hot Rays on Friday. He allowed five runs on eight hits in a short three inning outing. Most of the damage came from a pair of homers from Austin Meadows and Brandon Lowe.

Whitley was likely drafted in most leagues, but was dropped by managers chasing the hot bat in the first few weeks. The pitching prospects who won't be up until May or June are usually the first ones cut when managers are looking for numbers early. The fantasy baseball season is looooooooooooooong. Now is the time to snatch Whitley if you want to own the best pitching prospect in a redraft league. He struck out seven in his AAA debut and will be pitching for one of the best teams in the MLB in the summer.

Kelly is coming off a great performance against the Boston Red Sox with nine strike outs in eight innings. So far in 2019, he's throwing a 12/2 strike out to walk ratio. Kelly also pitched very well for the SK Wyverns in 2018 in the Korea Baseball League. He went 16-7 with a 3.60 ERA with 9.0 k/per 9. Kelly is worthy of a roster spot in deeper leagues.