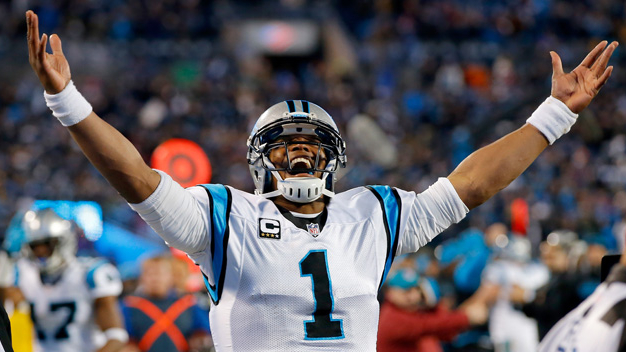 With just four more weeks until the fantasy playoffs, we’re at a crucial point in the season. Working that waiver wire is going to be the best way to get your team in a position to win down the stretch and make the playoffs. Here are my top waiver additions to help your teams do just that.

Sam Darnold is out for at least four to six weeks due to injury, and the Panthers quickly signed their old friend, Cam Newton back to their roster. P.J. Walker was the starter this past week, but it’s hard to imagine that he holds that starting job with how ineffective he’s been throughout his career. Newton has the coveted rushing upside that a top-12 fantasy quarterback almost requires, and can be trusted to start for your fantasy team as soon as Carolina announces him as their starter.

The Patriots’ backfield is a crowded mess, and that will continue to be true throughout this season. Damien Harris is the starter and has been getting most of the early-down and goalline touches when healthy, but Rhamondre Stevenson has been impressive as of late. He had a stellar performance this past weekend and appears to be earning the trust of Bill Belichick. Stevenson is worth a look in the case that he continues to impress and starts eating into Harris’ workload, which is a high possibility.

It's the Rhamondre Stevenson breakout pic.twitter.com/3v3nd1M8Ij

Michael Carter is the starter at this point for the Jets, but Ty Johnson has been heavily involved in the passing game. Johnson has been earning consistent targets in most games, especially against Buffalo where he finished with eight. Johnson is an appealing flex play in PPR leagues.

Six RBs led their teams in targets this week (so far):

While Adrian Peterson was the big name that the Titans signed after Derrick Henry’s injury, D’Onta Foreman was quietly signed to their practice squad and raised to the active roster shortly after. Last week, Peterson led the backfield in carries, but Foreman mixed in. This week was a bit of a different story as Formen led the backfield with 11 carries and also had two catches on two targets out of the backfield. While his numbers aren’t eye-popping, Foreman has outproduced Peterson the past two weeks, and it’s a real possibility that he is the 1a in the Tennessee Titans’ committee.

It was Rashod Bateman’s fourth week playing after an injury earlier in the season and seems to be slowly building himself a large role in the Ravens’ passing game. Lamar Jackson has targeted him no less than six times in a game and seems to always look his way when the Ravens need a first down. Bateman’s fantasy numbers have been really solid, but there is room to grow. I expect Bateman to continue improving on his numbers and be an effective third receiver or flex play for fantasy purposes.

Is the rookie WR breaking out? 👀 pic.twitter.com/4dTmEWhyhI

Elijah Moore has earned a large role on the New York Jets offense, and it is paying off for fantasy purposes. He now has 10 or more PPR fantasy points in each of the past four weeks and is a favorite target no matter who is playing quarterback for the Jets. I don’t believe we’ve seen anything near Moore’s ceiling and suggest adding him everywhere you can.

Don't let this game distract you from the fact that Dan Arnold went out and got another 7 targets and turned it into 5/67 and a 2pt conversion.

He's scored double digit PPR points in 4 of those

He's an every week starter