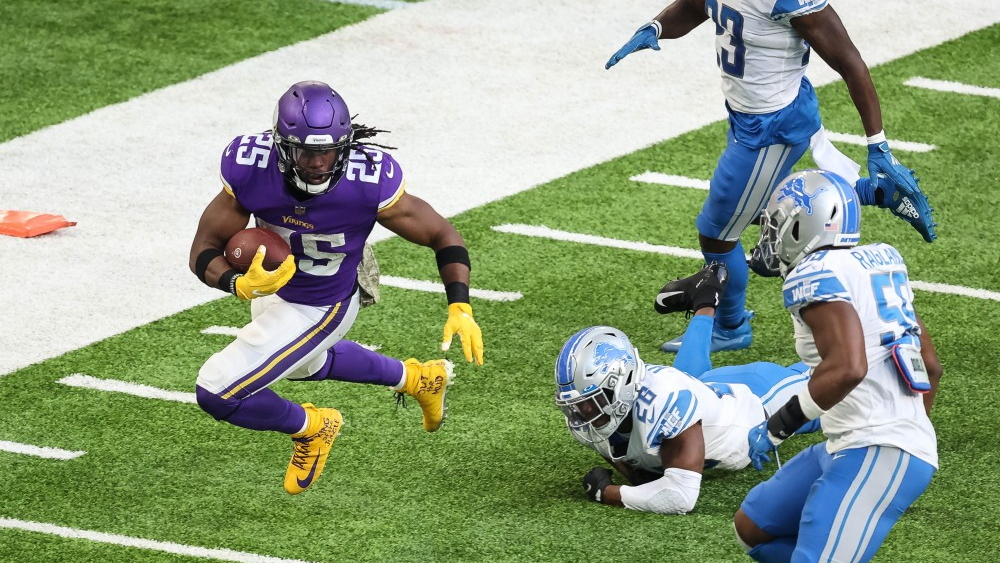 The playoffs are just two or three weeks away depending on if your league commissioner adjusted playoff weeks with the new 17-game schedule. Now is the time to shore up your rosters and make that final push. There are plenty of backups that will be filling in for injured starters and surprise performers to consider this week, so let’s dive in.

It was recently reported that Taysom Hill was preparing to be the starting quarterback for the Saints. Hill hasn’t been a prolific passer when given the opportunity, but he has the coveted rushing upside we seek in top-tier quarterbacks. Hill is worth a waiver addition for needy fantasy teams.

Sources: The #Saints appear poised to make a QB change. Taysom Hill is taking first-team reps this week in practice in preparation to face the #Cowboys. Trevor Siemian is taking No. 2 reps.

Mac Jones does not have the highest ceiling in terms of fantasy points, but he’s been a solid producer at the position most of the season. He’s had his down weeks due to playing with large leads, but he’s also shown that he can score 20+ points. Depending on the matchup, Jones is a great streaming option.

Mac Jones is the best rookie QB. Reason why? He’s throwing a catchable pass 85% of the time…

That’s the best in the ENTIRE league.

Dalvin Cook suffered a dislocated shoulder and torn labrum on Sunday. While not season-ending, Cook is day-to-day, but it was also reported that he's going to be rested in the hopes that he’ll be ready for a playoff run. This is great news for Alexander Mattison and his fantasy outlook as he should be getting more touches for the run-heavy Minnesota Vikings’ offense. Mattison has shown that he is one of the better backups in the NFL and should produce some solid fantasy weeks while Cook is recovering. He is my top waiver add this week.

Mattison & the @Vikings answer back with a TD. #SKOL

Just a few weeks ago, Adrian Peterson was the hot name in the Titans’ backfield. Now, Peterson has been cut and Dontrell Hilliard has been raised from the practice squad and was given a heavy workload the past two weeks. Hilliard and D’Onta Foreman will split the carries on the ground, but Hilliard has proven to be the top receiving option out of the backfield. So Hilliard has a much better fantasy outlook than Foreman at this point and is a must-add in all fantasy leagues.

While I sort of bashed D’Onta Foreman above, he is still worth a waiver add in most leagues. The Titans are one of the most run-heavy teams in the NFL, and this will lead to Foreman receiving 10+ touches out of the backfield. He has shown to be relatively competent on the ground and will have some solid fantasy performances throughout the rest of the season. While I’d prioritize Dontrell Hilliard, Foreman is worth a look.

Christian McCaffrey (CMC) has been placed on Injured Reserve, again, and is done for the season. While CMC was out during previous games, it was Chuba Hubbard that stepped into a bellcow lite role for the Panthers, and Hubbard had some nice fantasy performances during that time. Since this first handful of games that Hubbard started, Ameer Abdullah has emerged as a receiving threat out of the backfield for the Panthers and Cam Newton is now the starter. This means that Hubbard will not be as involved on passing downs, and he likely receives fewer red-zone touches. While not ideal, Hubbard will still be receiving most of the carries and has RB2 potential.

With CMC out for the season, Chuba Hubbard will be the Panthers' clear primary rusher, but recent weeks suggest Ameer Abdullah will be heavily involved in the pass game: https://t.co/ktXHeHdx9S

Ameer Abdullah, Carolina Panthers (Rostered: 1% on Yahoo, 0% on ESPN)
Ameer Abdullah has seemingly carved out a sizable role on passing downs for the Panthers. With Christian McCaffrey now out, he's in a similar spot as Chuba Hubbard is. Abdullah should see a large increase in usage, and since his role is mainly on receiving downs, he has intriguing upside as a fill-in starter for fantasy teams. It'll be interesting to see the workload split between Hubbard and Abdullah, but Abdullah is a must-add for running back needy fantasy teams.

Ameer Abdullah was highly involved yesterday after McCaffrey's departure in a trailing-script situation.

Chuba Hubbard should still handle the early downs, but his role is likely less than what we saw earlier this season when CMC was out.

The Wide Receivers on waivers are much less interesting than the Running Backs this week, but there are still a few names to consider. Kendrick Bourne is one of the guys I’d take a look at if my fantasy team needed some help at the position. Bourne usually reels in around four catches per game for solid yardage, but this past week he was able to score two touchdowns as well. This was a fluke, but Bourne is getting plenty of looks in the passing game and is a safe flex option. He’s now scored eight or more PPR fantasy points in seven of twelve games this year.

Since Week 7, Gage has scored nine or more PPR fantasy points in all but one game, which seems to be an outlier where he scored nothing. With Ridley out, Gage has been receiving plenty of targets and solidly producing most weeks. He won’t win you a week most of the time, but he is a very solid flex or WR3 option most weeks.

Van Jefferson is mostly a deep threat for the Rams, but he’s getting plenty of opportunities to convert on these deep shots. Jefferson has 11+ PPR fantasy points in three of his last five games and is a large part of the passing offense. He hasn’t had many blow-up weeks, yet, but those seem to be coming while he provides a relatively safe floor weekly. He can be confidently started in flex spots.

Cole Kmet is a streaky option, but he does have appeal as a starting Tight End for fantasy teams. He has 14 or more PPR fantasy points in 2 of his last 3 games, which is phenomenal for a fantasy tight end, but he had just two points in the other game. If you can handle the roller coaster, Kmet will help your team win games during the boom weeks. I am comfortable starting Kmet as the Tight End position has few top-end options, and Kmet has shown that he can score 10 or more.