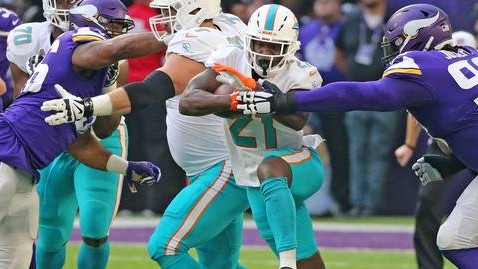 The finals are here! Week 16 is the big week that most leagues hold their championship and if you're reading this, hopefully that means you're still alive. Everything is on the line this week and if you have any holes on your roster, hopefully we can scour the waiver wire and find some options for you in the biggest game of the season.

If this is your last week, I want to give you a word of advice. There is no longer any need for backup quarterbacks, backup tight ends or even handcuffs clogging up your roster. Get rid of that dead weight. Use those spots to pick up the players who should be most productive in Week 16, even if you aren't going to use them. Why? Well, even if you aren't going to use them, pick them up so you can block your opponent from using them. Take a look at his or her roster and if you see a weakness, try to fill your roster with as many good players at the position to prevent them from using them. Let's win this thing together! 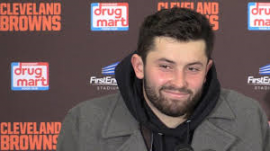 I wonder if Baker Mayfield is feeling "Dangerous" this week against the Bengals.

Anytime that I see the Bengals on the slate, I immediately get excited for the fantasy potential of whomever they are playing against. This week it's the Browns who get the pleasure of facing the Bengals defense and Baker Mayfield should be able to have a very nice week. He's thrown for multiple touchdowns in six of his last eight games and we could see that once again as the "Dangerous" one once again faces off against Hue Jackson and the Bengals.

Josh Allen has been the number one fantasy quarterback over the last four weeks and looks to keep it going in a tough divisional game this week against the Patriots. He's had three rushing touchdowns in those games which has helped boost his fantasy value, but with the Bills likely to be playing from behind in this game, we could see Allen lean heavily on that big arm of his as well.

He may not pass for a ton of yards, but Lamar Jackson's legs will keep him in fantasy consideration. He's averaged 85 rushing yards per game over the last five games and that has translated into him being the QB8 over that span, despite not throwing for 200 yards in any of those games. He's still unowned in roughly half of ESPN leagues and could be a decent option in Week 16 against the Chargers.

Whether he's in the coaching staff's dog house, or whether the Dolphins are more concerned about the long-term wear and tear on his knee, it appears that Kenyan Drake isn't in line to lead Miami's backfield in touches. With the departure of Frank Gore, it looks like Kalen Ballage will assume that role and he got off to a good start by rushing for 123 yards on only 12 carries in Week 15 against the Vikings. This late in the season it's hard to find a back with much upside, but Ballage has the most of anyone on this week's waiver wire. 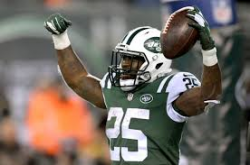 With the touches he's been getting, Elijah McGuire makes for a solid option in Week 16 against the Packers.

I'm not quite sure how he's only owned in a third of leagues on ESPN, but Elijah McGuire is worthy of being on a roster in standard sized fantasy leagues. He's had 35 rushing attempts over the last two games and converted that into two scores. He's also had four targets in each of those games and he should be a decent flex option against the Packers in Week 16.

Whereas Ballage is that unknown commodity, we know exactly what we are going to get from Jamaal Williams. Aaron Jones is out with a knee injury so Williams will give us plenty of touches with marginal production. It's just who he is. I'm not enamored with Williams, but he should get plenty of opportunity against a Jets rush defense that ranks in the bottom third in the NFL.

Other Running Backs to Consider

Alfred Blue, Texans - It's still unclear the extent of Lamar Miller's injury, but if he were to miss this week, Alfred Blue could be in for a lot of work against the Eagles.
Wendell Smallwood, Eagles - Scored two touchdowns on Monday Night Football against the Rams, but it will be hard to duplicate in their Week 16 matchup with the Texans.
Kenneth Dixon, Ravens - I wouldn't be surprised if the Ravens give Dixon a run to see what they have in his sophomore season.

Robbie Anderson has really enjoyed having Sam Darnold back as he's turned 18 targets into 11 receptions for 172 yards and two scores over the last two games. Last season Anderson was the RB16 in standard leagues and could be a nice option down the stretch for your fantasy team. 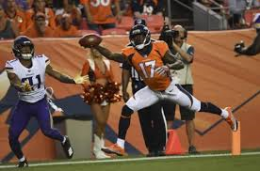 You may know the name Courtland Sutton, but fellow rookie DaeSean Hamilton has the been the more productive rookie for the Broncos as of late.

Over the last two weeks, DaeSean Hamilton has emerged as the Broncos number one wide receiver. He's been targeted 21 times over the last two games, catching seven balls in each game. This week he faces the Oakland Raiders defense and that puts Hamilton in flex consideration for your Fantasy Finals this week.

Were you aware that Dante Pettis is the WR8 in PPR leagues over the last four weeks? Yup, I'm not lying to you and the rookie has been on fire over the last month. He is averaging roughly six catches for 85 yards and a touchdown in those four games and while talent-wise I would put him at the top of the list this week for waiver wide receivers, I don't love the matchup he has in Week 16 against a tough Chicago defense.

Other Wide Receivers to Consider

Mike Williams, Chargers - He scored two touchdowns last week against the Chiefs but Mike Williams is more of a boom or bust option in Week 15 whose value is dependent on finding the end zone.
Josh Reynolds, Rams - Josh Reynolds has become a nice option for Jared Goff in this high flying, Rams offense.
Jordy Nelson, Raiders - I don't love the receiver, but his volume has been steady as of late on a Raiders team that will likely be in pass-mode early and often.

There honestly aren't many great options on the wire this week at the tight end position, but with Jordan Reed being questionable with a toe injury that caused him to miss Week 15, the veteran could be a solid option in Week 16.

He hasn't necessarily been a great producer, but with Tyler Boyd out for the rest of the season, Uzomah could assume a bigger role in the offense if he could get some of the targets that Boyd is vacating over the middle of the field.