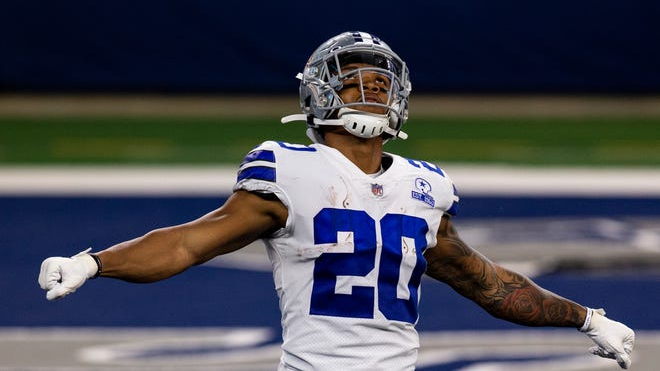 The 2021 fantasy landscape is starting to take shape after another great week of football. Early picks are flopping (looking at you Clyde Edwards-Helaire), rookies are thriving, and mid to late-round steals are making their mark. No matter the state of your fantasy team, Fighting Chance Fantasy has the waivers to target that'll either turn your team around or solidify your dominance. Below you will find the top waiver options after two weeks of football.

The Giants are 0-2, but Daniel Jones is putting up great numbers for fantasy. He has thrown for nearly 250 yards with one passing touchdown and one rushing touchdown each game. The big development is that Jones has been limiting his turnovers, finally, and that greatly helps his fantasy outlook. Jones’ rushing upside along with the Giants likely playing from behind a lot this season makes him a great streaming option. 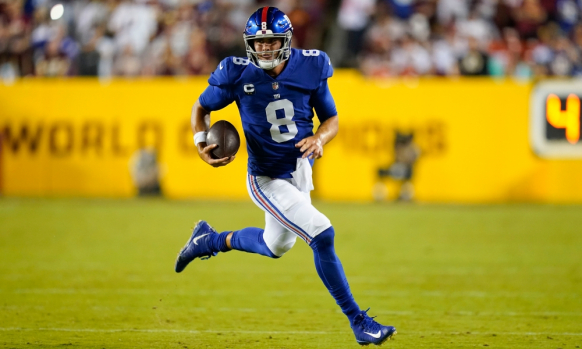 Derek Carr and the Raiders are playing really good football right now as they’re off to a 2-0 start, and Carr is a big reason why. Carr has already thrown for over 800 yards with four passing touchdowns (two each game) for an average of 23 fantasy points per game. It might be hard to maintain this hot start. Still, Derek Carr should be rostered in most leagues and is a plug-and-play starter for your fantasy team. It’s worth noting that he has a few tough matchups coming up, but he’s already played two good defenses and thrived.

Through two weeks, Tony Pollard has been the most explosive running back for the Dallas Cowboys and is forcing his way onto the field more. In Week 2, Elliot had his normal 15+ touch night, but Pollard also received a healthy workload against the Los Angeles chargers as he took 13 carries for over 100 rushing yards and had 3 receptions on 4 targets. This Cowboys’ offense is stellar and will have long drives all season long meaning more opportunities for Pollard. Even better, Pollard is the better receiving back, and Dallas is finally using him as such. Pollard has standalone fantasy value (finally) and can be trusted in flex spots in most leagues. He is a must-add in all formats.

After a slow start in Week 1, J.D. McKissic showed off his value for PPR leagues in Week 2. Antonio Gibson is the lead back for Washington, but McKissic spells him quite often, especially on passing downs. This role proves valuable for fantasy shown by McKissic’s performance in Week 2. McKissic caught five passes on six targets and took those receptions for 83 yards. Any time you can add a running back with the potential to score 10+ points weekly for free, I strongly advise you do it.

Kenneth Gainwell is seeing a consistent weekly role to start his career for the Eagles. He has now seen nine carries with three targets in Week 1, and six carries with three targets in Week 2. It’s telling that the Eagles trust him enough to get him this involved during his first season as an NFL player. Gainwell getting this much playing time is huge for his fantasy value, and I’m sure he will have productive fantasy performances throughout the season.

He hasn't received a single carry or target through two weeks.

Cordarrelle Patterson finds himself playing a multi-purpose role for the Falcons. Against the Buccaneers, he had seven carries for only 11 yards, but he also caught five of his six targets and gained 58 yards. He also had the bonuses of one rushing and one receiving touchdown. We can’t count on the touchdowns to stay consistent, but Patterson is getting many looks out of the backfield for the Falcons. He is worthy of flex consideration most weeks

Cordarrelle Patterson has some of the cleanest cutbacks in the league. pic.twitter.com/pSTNCpgH1r

After impressing in Week 1 on a limited number of snaps (four catches for 68 yards on only 29% of snaps), Rondale Moore’s role grew in Week 2, and it was well deserved. He had a huge game against Minnesota with 118 receiving yards and one touchdown on seven receptions. Moore looks to be a great fit in the Arizona offense and should only see his role grow as he learns and gains more experience. He is a priority add this week.

Something we are not used to seeing is a relevant third receiver on the Minnesota Vikings. With the Irv Smith injury, it seems that the Vikings are shifting to more three-receiver sets, and this is huge for K.J. Osborn, the current WR3 on the Vikings. He has now had two respectable weeks of production with seven receptions for 76 yards in Week 1 and five receptions for 91 yards and a touchdown in Week 2. It’s also apparent that the Vikings will be playing from behind and throwing a lot. Osborn is definitely worth a look if you need a receiver.

Zach Pascal has been one of Carson Wentz’s favorite targets and a touchdown scoring machine through two weeks of action. He now has three touchdowns, which has helped him score 14+ PPR points in both weeks. The receiving yards haven’t been too impressive as he only has 81 total, but he’s getting enough targets and receptions to continue being fantasy relevant.

Most receiving TDs in the NFL:

As the TE1 for Justin Herbert, Jared Cook has a ton of appeal. He has now seen 13 targets over the first two weeks of the season and narrowly missed snagging his first touchdown of the year against the Dallas Cowboys this Sunday. Unfortunately, it was called back due to an illegal shift penalty. Even without touchdowns, Cook is gathering enough targets and receptions that you should feel comfortable starting him most, if not all, weeks.

Herbert takes a shot, finds Jared Cook for a first down. pic.twitter.com/PznN0zffqh

The Cleveland Browns have a loaded tight end room, and it is led by Austin Hooper. Even with the run-heavy offensive scheme, Hooper saw five targets in Week 2 and reeled in all of them for 40 yards. His fantasy performances through two weeks have been forgettable, but Hooper is the starting tight end and normally plays 70% or more of the Browns’ offensive snaps. It’s fair to say that Hooper will have better fantasy days in the coming weeks. With the injuries to Odell Beckham Jr. and Jarvis Landry, those better days could be sooner rather than later.