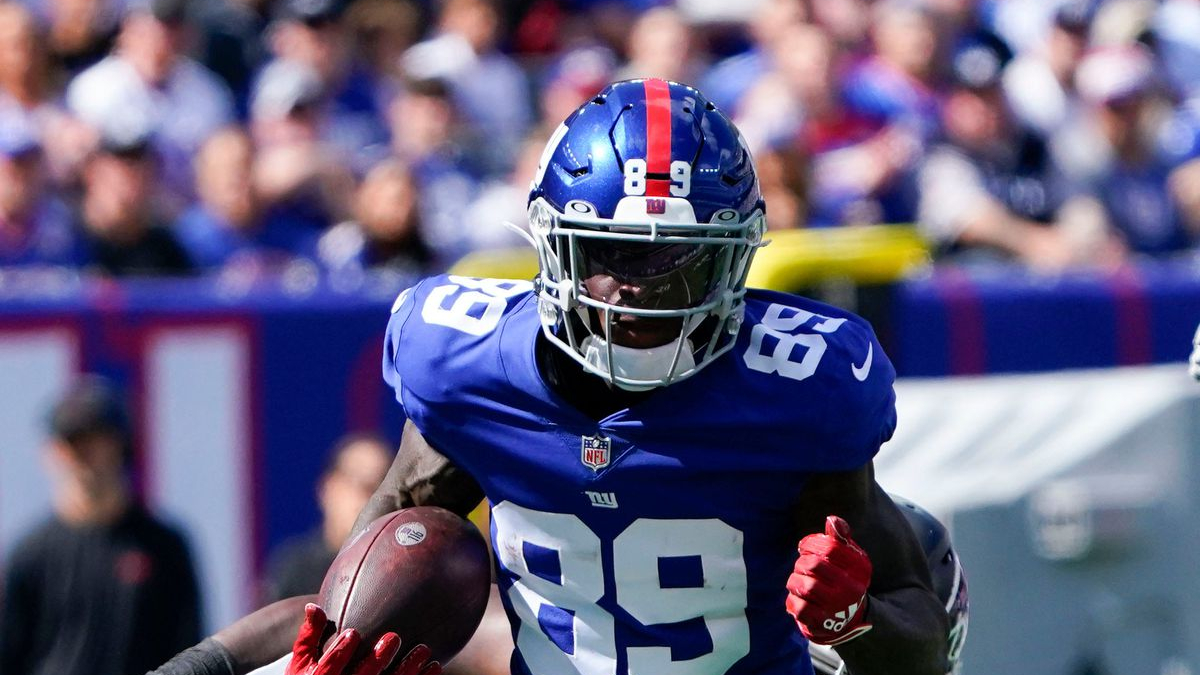 It feels like we’re just getting into the thick of the season, but here we are almost a third of the way through our fantasy football seasons. As usual, the waiver wire is only getting more important by the week. Below you will find my suggestions to help make that playoff push.

The Jaguars are still one of the NFL’s worst teams, but Trevor Lawrence appears to be progressing as the weeks go by. He has not thrown an interception the last two weeks and has a solid rushing floor. The passing yards have been there most of the season, and Lawrence now has a few rushing touchdowns. I’m sure the passing touchdowns will increase soon. Grab Lawrence now before he blows up and it’s too late.

4th and goal? No problem for Trevor Lawrence.

Jameis Winston once again showed the fantasy ceiling he has in the Saints’ latest game against the Washington Football Team. It is a boom/bust thing with Winston although. He has three weeks under 15 points in four points per passing touchdown leagues and two weeks at 25+ fantasy points. Still, Winston can be a good streaming option now that bye weeks are here. Speaking of bye weeks, the Saints are on bye this week, but Winston is still worth adding now if you need a QB.

Sadly, we saw Saquon Barkley leave the game against the Dallas Cowboys early. This led to Devontae Booker getting a bellcow workload as played 88% of snaps and had 20 total touches for 58 yards (42 rushing, 16 receiving) and two touchdowns (one rushing, one receiving). It appears Barkley won’t be out for more than a week or two, but Booker is a great RB2/Flex play while he remains out.

Another injury leads to a solid fantasy waiver addition in Darrel Williams. Clyde Edwards-Helaire, CEH, left the game against the Buffalo Bills early with an MCL sprain and is expected to miss a few weeks. Surely, the Chiefs will be using more of a running back by committee approach, but Williams seems to have the upper hand for most of the touches. He was already getting a few carries and some receiving work while CEH was healthy. I wouldn’t count on any boom weeks, but Williams is a great bye week fill-in or flex play the next few weeks.

Darrel Williams gives the Chiefs the lead before the half 💪

After David Montgomery’s injury, it seemed likely that Damien Williams would take over the lead role in the Chicago backfield, but it was not the case. Khalil Herbert played more snaps than Damien Williams, and they had an even split of touches throughout the game. Herbert’s work was all on the ground as he took 18 carries for 75 yards, while Williams had 16 carries for 64 yards and two receptions for 20 yards. Herbert appears to be a part of the game plan and is worth adding while Montgomery remains out.

The New York Giants suffered through too many injuries this week, including a Daniel Jones concussion. Kadarius Toney proved to be a bright spot for the Giants through the injury-riddled afternoon as he had a massive breakout game. Toney was targeted 13 times and brought in 10 for 189 yards. He now has 22 targets over the past two games. Multiple wide receivers are injured for the Giants, and Toney has been showing off why he was a first-round draft pick back in April. He seems to be primed for a big role and should reward fantasy managers with at least flex-worthy numbers. Toney is a priority add this week.

Marquez Callaway continues to operate as the number one receiver for the Saints and has now put up 70 or more receiving yards in each of the past two weeks. Callaway has the talent to be a solid contributor for fantasy teams but is held back by Jameis Winston’s inconsistency. Still, Callaway has shown that he can put up some big numbers and should be rostered in most leagues. He should be able to put up flex-worthy numbers most weeks.

Amon-Ra St. Brown is getting better every week. He has eight targets and 13 PPR points in each of the past two weeks. He is scoring well for fantasy and will likely have more opportunities going forward with Quintez Cephus injured. Amon-Ra is a safe option with plenty of room to grow throughout the rest of the season. 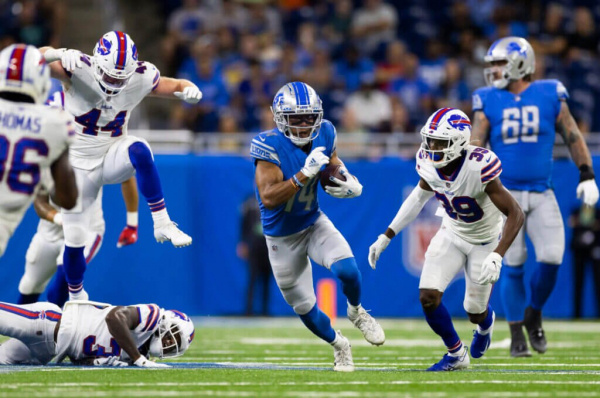 It’s been slightly frustrating when choosing a Patriots’ tight end to start this year, but it seems that Hunter Henry is solidifying himself as the one to play. He and Jonnu Smith have been cannibalizing each other, but the past two weeks have seen Henry score 13 and 19 PPR fantasy points. This has mainly been due to touchdowns, which should not be counted on, but Henry is also getting more targets than Jonnu Smith most weeks.

Mac Jones to Hunter Henry for a touchdown 🔥🔥 pic.twitter.com/vO8ENuYTx8

Evan Engram is one of the last few receiving threats not injured for the New York Giants. Engram hasn’t had any great games this season yet, but he’s getting consistent looks in the passing game. He has 16 targets over the past three weeks and seems to be getting into a groove. Engram has the potential for even more targets with all the injuries the New York Giants have sustained this year.